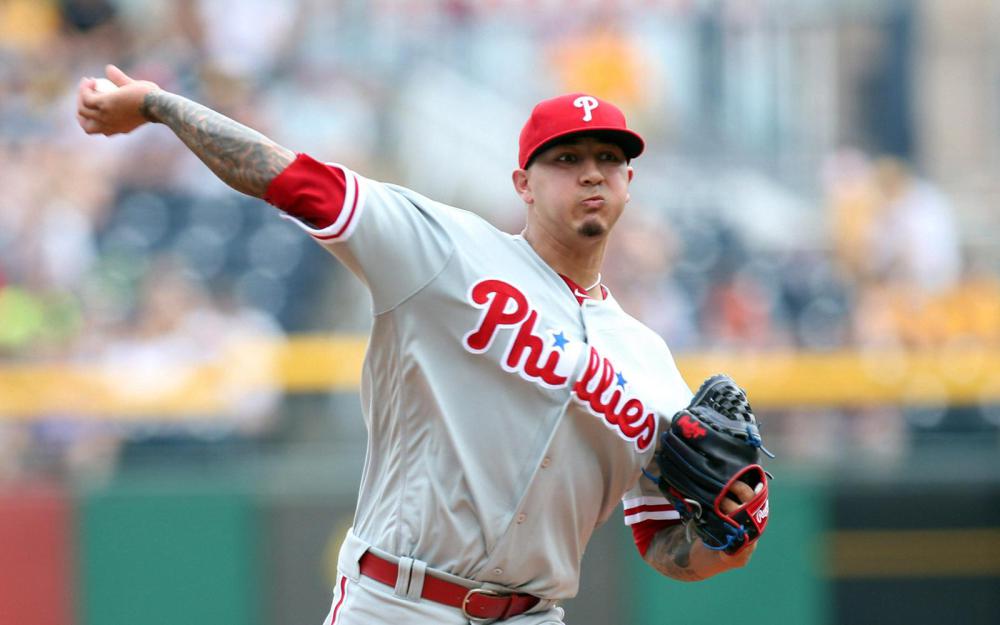 Tyler Chatwood (SP) COL - No one is overreacting to today's 2-hit shutout of the Giants I don't believe, but there are signs that we might have a couple of Rockie pitchers worth looking at in standard formats. Chatwood in particular is showing signs of becoming what the Rockies have always coveted: a GB/K pitcher. After today's outing Chatwood will have this year's GB% well over 60, and that's on the heels of a 57.2% performance in 2016. Of greater importance in all likelihood is the significant increase in fastball velocity from 92.2 to 94.5. Even Saturday when he only had 4 K's, he managed 10 swinging strikes in 105 pitches....that sort of performance consistently will end up providing a dramatic increase in K rate from last year's below-average 6.7 K/9. The velo bump is significant enough that I'll be looking to pick Chatwood up in most formats. With his next two starts coming at home I'd be hard-pressed to throw him right into the lineup, but you have to at least consider him a "road starter" right now.

Yasiel Puig (OF) LAD - Puig went 3-3 with a homer and a steal Saturday as he continued his hot start (333/440/692) to the season. Fantastic tales of rebounds abound every spring, but rumor has it that Justin Turner approached Puig this spring to discuss the benefits of hitting the ball in the air more frequently. There's no denying that the philosophy has turned Turner into a borderline star, and Puig actually has a higher average batted ball speed than Turner by 0.6 mph. The only evidence of any change that I see in this small two week sample is that Puig has been more patient at the plate by a significant margin....well, that and the fact that he's actually producing. I'll be watching this intently over the next few weeks....as you know, I'm all about ceiling in most formats, and Puig's ceiling is likely an OF1. I would (will, actually) certainly be exploring ways of getting him on my roster at a reasonable cost right now...if he has really bought into this, I definitely expect better performances to continue.

Eugenio Suarez (3B) CIN - Suarez doubled and tripled Saturday, and he's now hitting 375/457/675 through 40 ABs. We spent a good 5 minutes talking about him on the show this morning, and I must confess, he's becoming a bit of a "pet cat" of mine. All of the things that I said earlier this week still stand: right side of the age curve, at least average power, speed, and contact ability, solid command of the strike zone, decent supporting cast. Could this be a breakout year? Sure, at age 25 with some improving peripherals it's definitely possible, but even if he merely repeats his 2015 for a full year you've got a 280/20/20 guy that will probably score 80 and drive in 80. That's a very solid player no matter how you slice it....I believe that he is extremely underrated.

Jeremy Hellickson (SP) PHI - Hellickson put up his third straight solid performance Saturday, holding the Nationals to just 2 runs on 4 hits over 7 innings, walking 1 and fanning 2. This flies in the face of all reason, as aside from throwing more strikes every other indicator is trending negatively for Hellickson. The difference between his fastball and change has grown smaller, the swinging strike% and K rate continue to shrink, and he's generating a lot more flyballs. I'd be very cautious here, even if he does get the Braves at home next time out.

Wily Peralta (SP) MIL - Those of you looking for a GPP flyer for Easter Sunday should pay attention to Peralta's price on Draftkings, as he is the 4th cheapest pitcher on the slate at just $5300. Peralta is also experiencing a velocity bump of over 1.5 mph to 96.4 through his first two starts, in which he was very successful in shutting down the Rockies and Blue Jays (admittedly two teams that have been struggling). I know the Reds have been scoring runs, but they're only 18th in OPS against RHP thus far in 2017, so I have no qualms about getting an excellent batting lineup in and using Peralta as my 2nd SP.