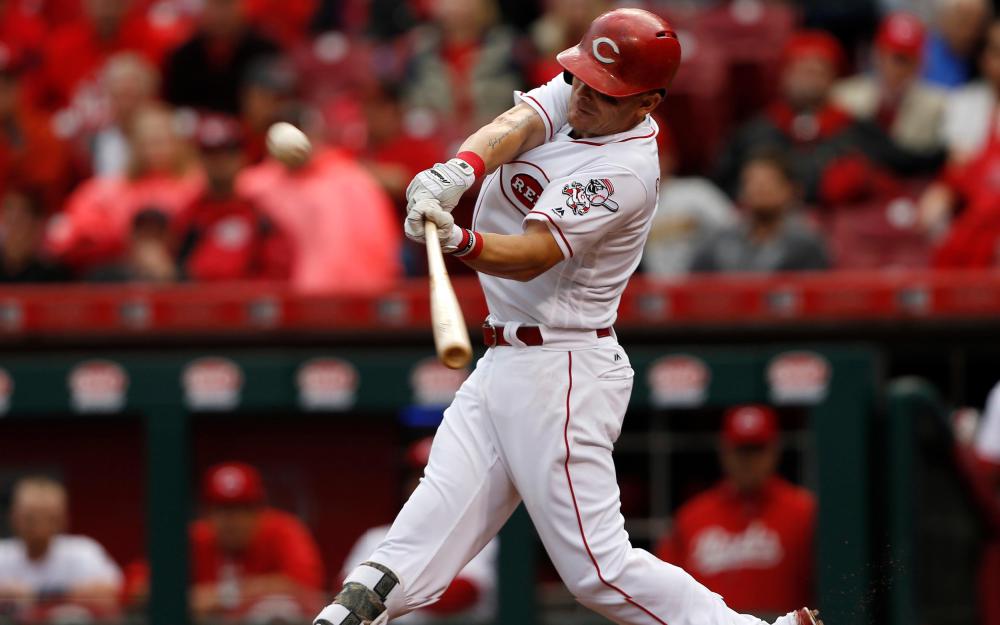 Good morning everyone!! Welcome to Insiderbaseball.com's Coaches Meeting for Week #3...

OF Matt Kemp was placed on the 10-day DL last week as he was unable to bounce back quickly from a strained hamstring. With the move retroactive to April 8, Kemp is eligible to return as early as Tuesday and will be worth plugging in lineups if he does return, though that possibility is still up in the air right now. SS Zack Cozart returned to the Reds' lineup on Wednesday after missing time last week with a sore wrist. Cozart is off to a hot start at the plate and has shown the ability to hold mixed league value for stints in the past, but it's hard to imagine him hitting consistently enough to keep that value throughout the season. C Devin Mesoraco is expected to return sometime this week as he's finally recovered from hip and shoulder injuries that cost him most of last season. Mesoraco is worth a flier in deeper leagues because of the offensive potential but owners may want to see how frequently he'll be used before pulling the trigger. OF Ian Desmond continues to progress in his recovery from a broken hand as the team hopes he can take batting practice next week. This is good news for Desmond owners as it's looking possible that he'll be back before the end of the month, but he'll need to be stashed away this week. OF David Dahl continues to recover from his rib injury but examinations this weekend should provide a clearer timetable of his recovery soon. Keep Dahl stashed away as he may be a valuable mixed league contributor once he returns. Dodgers' 2B Logan Forsythe left Saturday's game with hamstring tightness. Keep an eye on Forsythe's statue today before considering him for your lineups this week. 3B Justin Turner returned to the Dodgers lineup on Thursday after missing time earlier in the week with a minor quad injury. Turner is a solid 3B option in most leagues this week. 3B Martin Prado was back in action on Friday after starting the season on the DL with a hamstring strain. Prado is worth a look in deeper leagues now that he's back. SS Adeiny Hechavarria will miss this week's slate of games and likely more after he landed on the DL with an oblique strain. Hechavarria is a low-end fantasy option and isn't worth stashing away. J.T. Riddle and Miguel Rojas will both see time at short with Hechavarria out but aren't recommended fantasy pickups. OF Ryan Braun's back discomfort, which was a worry heading into last week's games, didn't end up costing him any playing time. He remains a solid OF option this week. 3B David Wright has resumed a throwing program but there's no telling when he'll be able to return from his shoulder injury. It's safe to ignore Wright for awhile. OF Gregory Polanco is day-to-day after being scratched from Saturday's game with a groin injury. Keep an eye on Polanco's status before plugging him into your lineups this week. 2B Josh Harrison is healthy after missing Monday's game with a calf injury. The utility-man will be fine in spot-starting duty this week. C Buster Posey was placed on the 7-day concussion DL last week after taking a pitch to the head. It sounds like Posey is bouncing back quickly which could put him in line for a return as early as Tuesday, which is music to the ears of Posey owners who should be sure to plug him in as soon as he's back. OF Jarrett Parker is headed to the DL after breaking his clavicle in Saturday's game. Parker isn't worth stashing away outside of deep leagues. Chris Marrero should see extra at bats with Parker out but isn't a recommended add at this time. 1B/3B Matt Carpenter was back in the Cardinals' lineup on Wednesday after missing Tuesday's game with back tightness. Carpenter is a solid 3B option, as usual, this week. SS Trea Turner remains on the 10-day DL with a hamstring strain but it's possible he could return as soon as he's eligible on Wednesday. Keep a close eye on Turner's status and be sure to plug the exciting young infielder into your lineups once he's activated.

Mike Foltynewicz should return to the Braves rotation after the schedule allowed the team to roll with four starters last week. Foltynewicz has shown flashes the past few seasons but is still best left for deep leagues without more consistent production. Brandon Finnegan is doubtful for his next start after leaving Saturday's game with a shoulder strain. Finnegan owners will likely need to look elsewhere this week as it'd be a surprise if Finnegan avoids a trip to the DL. Anthony DeSclafani is nowhere close to starting a throwing program as he continues to recover from an elbow injury. DeSclafani has intriguing potential, but he's going to fight an uphill battle to be able to return this season and make a meaningful contribution. Reds' starter Rookie Davis was placed on the 10-day DL with a forearm bruise last week opening up a start for the Reds today and potentially one more next week. Sal Romano will get a chance to start today, but isn't a recommended fantasy play at this time. Talented young Rockies' hurler Jon Gray looking at a month on the DL after suffering a stress fracture in his foot last week. This is tough news for Gray owners but the promising Gray should be stashed in all leagues. The Rockies have yet to announce a replacement in the rotation. Rich Hill could return to the mound today after missing a start with a blister problem on his pitching hand. If Hill does make the start, he's a solid option in most leagues. Look for Matt Garza to join the Brewers' rotation for a start next weekend as he'll make what is expected to be his final rehab start on Monday. Don't, however, look to add Garza to your fantasy staff as it's going to take a number of solid starts before he can be trusted. Noah Syndergaard left Friday's game with a torn fingernail but is expected to make his next scheduled start. Syndergaard remains a must-start fantasy starter this week. Matt Harvey was removed from Tuesday's game with a minor hamstring injury but is expected to make today's start as scheduled. Harvey is a solid starting option this week but owners will want to keep an eye on his status following Sunday's tilt before plugging him in. Clay Buchholz could be done for the year as it looks as if he may need surgery to repair a muscle tear in his forearm. NL-only owners may wish to keep him stashed until his diagnosis is clearer, but otherwise it's probably a safe bet to count him out for a significant portion of the season. The Phillies have yet to officially place Buchholz on the DL nor have they announced a replacement in the rotation. Trevor Cahill will be back on the mound today after recovering from his back strain. Cahill is worth a look in deep leagues this week. Joe Ross could get the call this week as the Nationals will need a fifth starter to join the rotation. Ross will be worth a flier in most leagues once he gets the call.

Jeurys Familia's 15-game suspension will wrap up this week and he should be activated in time for next weekend's slate. He'll be worth plugging into lineups once he's activated and pushes Addison Reed back to a setup role. Last week it was clear that Jeanmar Gomez was on thin ice and it didn't take long for him to lose his job as the Phillies closer. Joaquin Benoit has now taken over those duties following Gomez's terrible start to the season and should be added in all leagues that he's still available.

Here are the most favorable offensive schedules this week...

Here are the most unfavorable offensive schedules this week...

2X Starters this Week (based on the strength of opponent*)...

*These ratings are based purely on the strength of the opposition (OBP), for comparative purposes.

Have a Great Week!

Registered members can click on the following link to see the complete NL/AL report: http://www.fantistics.com/baseball00/M-Strategyplus.htm