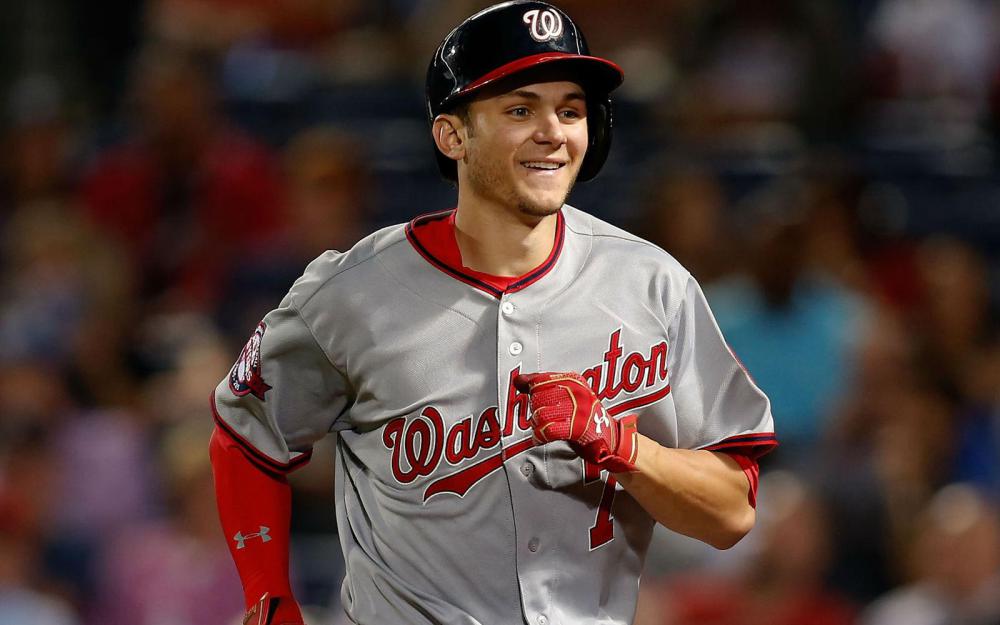 Raisel Iglesias- RP- CIN- FYI- After talk in the spring of a bullpen by committee, Iglesias seems to have set into a traditional closer role. He saved his 5th game in 5 opportunities yesterday, giving up a hit and striking out 2 batters in a scoreless 9th inning. No other Cincinnati reliever has more than a single save this year. With a 1.10 ERA and 10.47 K/9, Iglesias is doing nothing to question his position as primary closer.

Trea Turner- SS- WAS- Hot- After going 2-for-5 yesterday, Turner has hit safely in 11 of his last 12 games, going 21-for-57 with 17 runs, 2 homers, and 3 steals. He is obviously not bothered with the sore hamstring which had landed him on the DL. Before this stretch Turner was hitting .158. That slump is long past. He is back to living up to the potential he showed last year. Turner's BABIP is at a whopping .393, but he had a mark of .388 in 324 PAs in 2016 and was consistently high in his minor league career so there might not be as much regression to the mean lurking out there as you might think.

Braden Shipley- P- ARI- Cold- One-time top prospect Shipley made his 2017 debut with Arizona and it wasn't pretty. He threw 92 pitches over 4 IP and only 49 were strikes. Shipley allowed 3 runs on 5 hits and 6 walks while striking out 2. He has had problems since the Diamondbacks tried to solve some control issues by having him drop the velocity on his fastball. This had the effect of diminishing the effectiveness of Shipley's changeup and, if yesterday can be an example, didn't cure his control ills. With Shelby Miller out for the year, Shipley may get a longer look but if he can't improve his control he isn't going to earn a permanent spot.

Ryan Hanigan- C- COL- Rise Value- With Tony Wolters on the 7-day concussion DL, the veteran Hanigan was called up from AAA Albuquerque. He went 3-for-5 with a homer in his first game back in the majors. Colorado had signed him to a minor league contract at the end of spring training and that seems like a good move, at least in the short term. Hanigan will likely be the primary catcher until Wolters is back. If he produces he could continue to see time. He had a horrible season last year but in 2015 had a slash line of .364/.440/.455 against southpaws. Hanigan could earn a platoon spot with the Rockies and end up as a productive player in very specific circumstances.