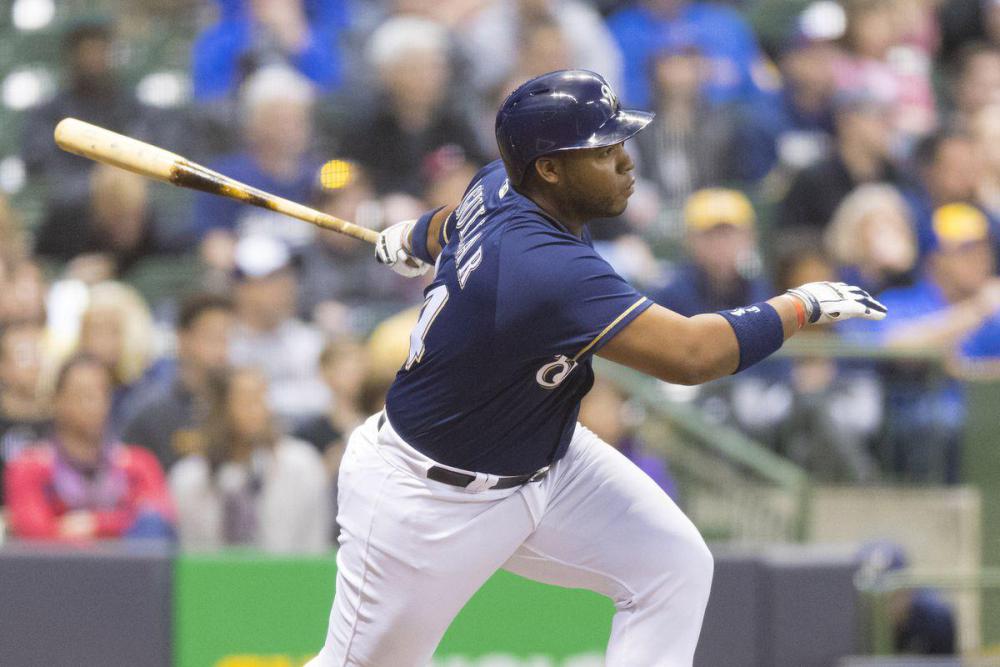 Dexter Fowler (STL) - Dexter Fowler had a pregame workout on Sunday and did not report any setbacks in his recovery from a strained wrist, so the Cardinals activated him on Monday. It's been an extremely disappointing season for Fowler, who is in the first year of his contract with St. Louis. Fowler is slashing just .241/.333/.452 with 14 homeruns, 43 runs scored and 37 RBI. Fowler's .265 BABIP is a career worst and 72 points below his career average, despite posting a 35.6% hard hit rate that nearly matches a career high of his in 2010. Unsurprisingly, that hard hit rate did drive a 5% increase in his HR/FB total, but it hasn't yet translated to a higher batting average yet. Look for better things to come as his luck reverses, although a wrist injury is always concerning for a batter.

Stephen Piscotty (STL) - In a relatively shocking move, the Cardinals optioned outfielder Stephen Piscotty to Triple-A. St. Louis hasn't been afraid to send wake-up calls to their struggling offensive players this year by sending them to the minor leagues (Randal Grichuk, Aledmys Diaz, etc), but this is by far the biggest name of the bunch and was the expected face of the franchise after signing an extension during the pre-season. Piscotty has dealt with health problems related to his mother, which has potentially affected his on-the-field performance. Regardless, the outfielder is just 3-for-17 since returning from the disabled list and has 4 strikeouts over that stretch. Overall, he's slashing .232/.340/.362 on the season and while his 13% walk rate represents a nice improvement over his career, his severe drop in power (.130 ISO) is supported by his below league average 29.5% hard hit rate. He'll try to get things figure out in lower pressure situations for a Cardinals team that won't be in contention this season.

Carter Capps (SD) - Carter Capps returned to action on Monday night after missing the first four months of the year while recovering from Tommy John surgery. Capps was a lights out reliever in the 2015 season before tearing his UCL prior to 2016. He returns to a Padres bullpen that's desperate for help and could eventually challenge Brad Hand for the job once he rounds into form. Unfortunately, he didn't look anywhere near close to form on Monday when he walked two and allowed a hit in the 8th inning against the Reds. He was pulled before being able to finish the frame and was charged with 3 earned runs after Phil Maton relieved him with the bases loaded and allowed a grand slam to Patrick Kivlehan.

Trevor Williams (PIT) - Trevor Williams tossed seven, 1-hit innings as he led the Pirates over the Tigers. He finished with 7 IP, 1 H, 2 BB and 5 strikeouts. The outing marked the 3rd time in a row that Williams allowed 2 or fewer earned runs, although this was just the 3rd time all season that he went 7 innings. Williams has never been a big strikeout pitcher and his walk rate has always been a little elevated in the minor leagues. As his 83% contact rate suggests, he's definitely more of a contact oriented pitcher with a heavy 50% groundball rate. THere's still not a lot of mixed league appeal with his underlying skillset.

Jesus Aguilar (MIL) - Jesus Aguilar will likely find himself in the lineup as the designated hitter on Tuesday thanks to the Brewers traveling up to Minnesota. While it's technically an unfavorable ballpark shift for the first basemen, Target Field has played much more hitter friendly this year and Aguilar will likely have several contextual factors working in his favor. While in the lineup, Aguilar typically bats near the heart of the order, raising his RBI opportunities and giving him more at-bats. Additionally, the Brewers are scheduled to face the left-handed Adalberto Mejia, who has outperformed expectations this year, but is still just an average pitcher with average strikeout ability. Meanwhile, Jesus Aguilar has hit left-handed pitching extremly well this season, posting a .386 wOBA, .214 ISO and 48% hard hit rate.

Registered members can click on the following link to see the complete NL report: http://www.fantistics.com/baseball00/M-Strategyplus.htm