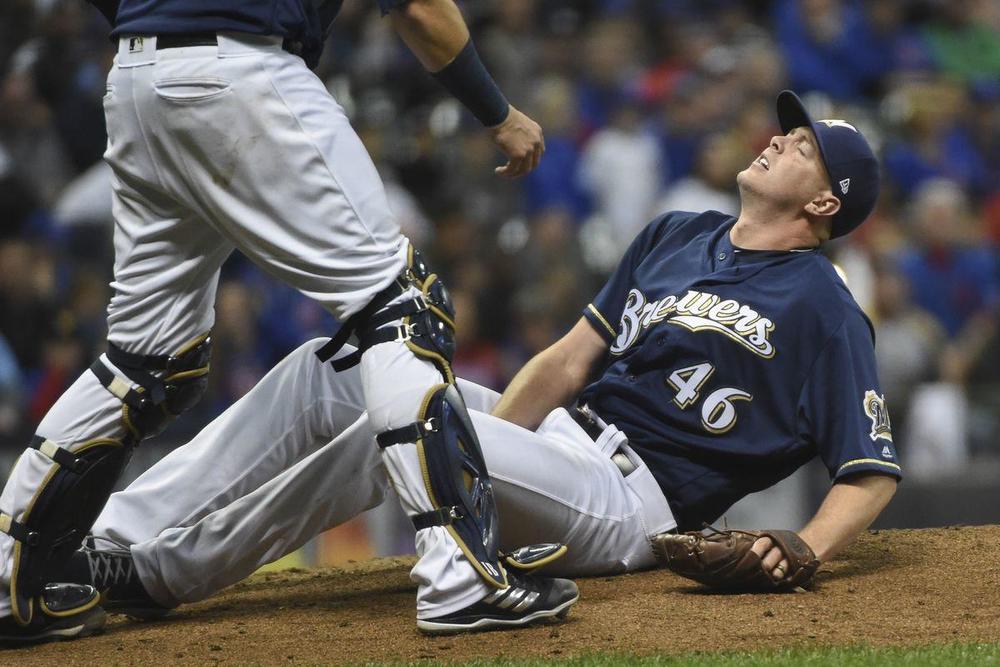 Despite the seemingly endless news of rocky performances or new injuries from closers, we're escaping the first full week of the regular season relatively unscathed (sorry Knebel owners) compared to the last several seasons. That's a good thing - smile a little bit, closers aren't that bad! Over the course of the next several weeks, we'll spend a little more time than usual going over some of the more relevant handcuffs available in many fantasy leagues right now. Just because they're being highlighted in this column doesn't necessarily mean they're the most skilled handcuffs (you read our first edition of A Closer Look last week, right?), but they may have the best opportunity. We'll try to differentiate the two for you. But first.....the news!

-The biggest news of the week is Brewers closer, Corey Knebel, who collapsed on the mound during the 9th inning while pitching against the Cubs in a non-save situation. After an MRI on Friday, the team officially placed him on the disabled list, while manager Craig Counsell announced his closer would miss a minimum of 6 weeks of action. He went on to say he plans to use a committee in his absence, but like most managers who say this, he'll likely eventually settle on the one that performs the best in the role. Currently, Jacob Barnes seems to be a little more in Counsell's favor. Barnes is an interesting case study because as a starting pitcher in the minor leagues, his strikeout rate hovered between 15-17%, but as a reliever in the big leagues his strikeout rate has been closer to 26%. The most dominating arm in the bullpen is probably Josh Hader, but as a left-hander, it's doubtful he gets the first crack at saves, even with his absurd 17% swinging strike rate. He holds far more value to the team as being a multi-inning "fire-fighter", especially since there are other options for the 9th inning. Matt Albers may also see a chance, but we'd rather focus our attention on Barnes and Hader.

-While the White Sox are being called a committee, in all reality, Joakim Soria has seen each of the team's first three save situations. The move to use Soria as a closer makes sense since he's under contract, while Nate Jones is technically still arbitration eligible, so the team can build Soria's trade value and flip him at the deadline without subsequently raising the cost of Jones for future seasons. Soria did blow his first save of the year on Thursday, so pay attention to where the team goes with their next save chance, but odds are that it'll take more than one blown save to change the roles. As long as he stays healthy, however, Jones remains a solid bet to see saves before the end of the year.

-Newly signed Cardinal Greg Holland made a clean appearance for High-A on Thursday. He's currently on track to join the Cardinals big league club on Monday and is expected to immediately take over as the primary closer for the team.

-On Monday, Kenley Jansen blew a three-run lead to the Diamondbacks. The blown save set shockwaves of panic throughout the industry, largely because Jansen's velocity was down nearly 2 MPH from his velocity last season. He hasn't pitched since, which makes it difficult to speculate whether or not there is truly an issue here, but concerned Dodgers owners will have a challenging time determining which Dodgers reliever to grab as a handcuff. Josh Fields, Pedro Baez and Scott Alexander could all be in the mix.

-San Diego Padres closer Brad Hand has gotten off to a rocky start to begin the year, blowing a pair of saves and posting a total line of 4 IP, 5H, 3 BB and 5 strikeouts over four appearances. In Friday's The San Diego Tribune, manager Andy Greene said "he's a guy we believe in a lot and will continue to believe in a lot. He's got a long history of throwing the ball well in a Padres uniform and we're going to continue to believe in that history. Today was a rough one for him. He'll be the first to stand up and own that." Working in Hand's favor is that the San Diego's bullpen is extremely weak and their isn't a clear alternative to him at the moment. Kirby Yates would be your primary target at this point.

Want to see all of our handcuff targets? Become a subscriber of our season manager! Click here for more details.