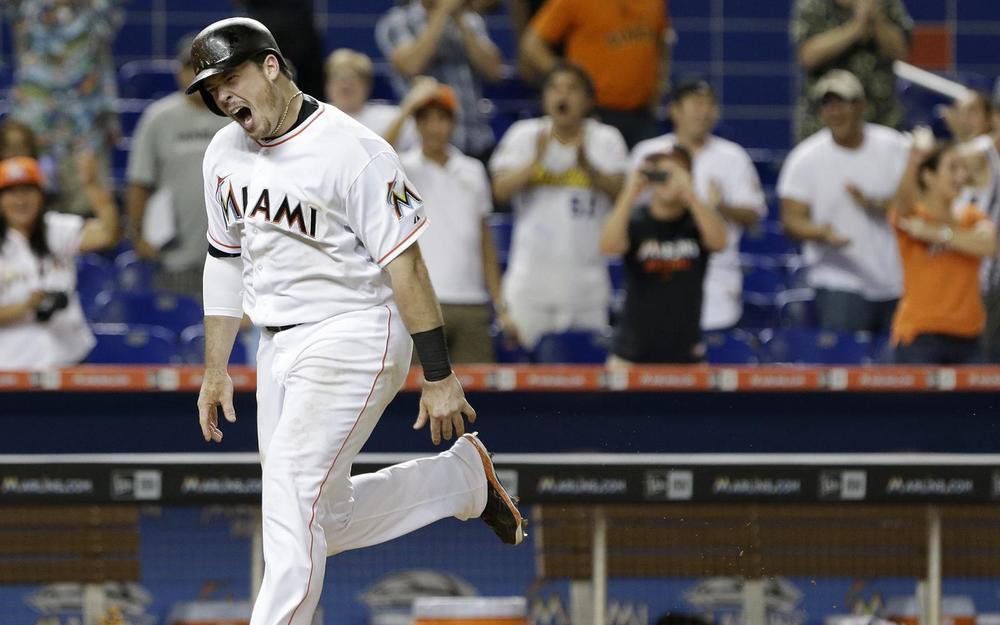 Nick Pivetta went 5 IP and gave up 0 ER on 5 H, 0 BB, and 2 K's against the Braves. Pivetta has been excellent to start the year. He has a four-pitch mix that works well together. He is striking out 29% of batters while only walking 3%. The improvement in his walk rate is encouraging backed up by a 7% increase in first pitch strikes. Getting ahead in counts is important for Pivetta because he has an average fastball with two plus off-speed pitches in his slider and curve. In the early going, he is using his slider 14% of the time and getting 23% whiffs in addition to his using his curve 26% of the time with 15% whiffs. Overall, he is using his off-speed pitches 40% of the time which makes him less predictable. Pivetta is also using his best pitches more often to offset his mediocre fastball. He is not going to magically turn into an ace but he is at worst a league average starter with the potential for upside if his control sticks throughout the year. Pivetta is much better than the 6.02 ERA he posted a year ago.

Trevor Williams went 6 IP and gave up 3 ER on 4 H, 3 BB, and 4 K's against the Rockies. Coming into todays start Williams had thrown the ball well over his first three starts (3 W, 1.56 ERA) but if you looked under the hood there is a lot to be concerned with. Starting with his strikeout rate which is sitting at 15% and this is coming off 18% last year which was also below league average. His career swinging strike rate is 8.1% which does not lend itself to even a league average rate. He is benefitting from a .255 BABIP which is going to regress considering he is giving up 37% Hard contact. This is pure smoke and mirrors so do not get caught holding onto Williams when the bottom inevitably falls out.

Justin Bour was 1-4 with a run scored and a walk against the Yankees. Bour is hitting .233 with 4 HR, 6 R, and 11 RBI. The first baseman has hit well in the power department with a .232 ISO. He is still displaying solid plate skills with 9% BB and 19% K but he is not making hard contact (23%) outside of the home runs. Bour's zone contact and contact overall are up. He is also swinging less out of the zone which means that it is only a matter of time until Bour starts to get it going.

Gio Gonzalez went 5.1 IP and gave up 2 ER on 8 H, 2 BB, and 5 K's against the Mets. Gonzalez has picked up where he left off in 2017. He has a 2.49 ERA (3.50 SIERA) through four starts. Yes, 2017 was a career year for Gonzalez but it is easy to forget that he has been an above average starter for the better of the last decade. He plays a fine line with his walk rate (9.7%) but he has made it work by increasing his strikeout rate and limiting the home run so far in 2018. Gonzalez has upped his strikeouts in a small sample size to open the year by getting ahead in counts more often (59% F-Strike), which has helped him in turn up his swing strike rate to 11%. The 32-year old may not be super exciting anymore but he is a very solid starter who has started 30+ games in seven of the last eight years, which is extremely valuable in today's pitching climate.

Trea Turner was 3-4 with 2 R, 1 BB, and SB against the Mets. Turner has started slowly with a .250 with 1 HR, 8 R, 3 RBI, and 8 SB. If you drafted Turner it was for the stolen bases and he has made good on that so far. The counting stats have been dismal hitting out of the six hole on most nights. Turner's plate skills are excellent with 17% BB and 17% K. His BABIP of .265 is low compared to his career average of .345. Things will turn around quickly for the speedster. Add in the fact that he is making hard contact (40%) and things are pointing up for Turner despite the low batting average. Keep faith in your top pick and hope that tonight was a sign of better times to come.