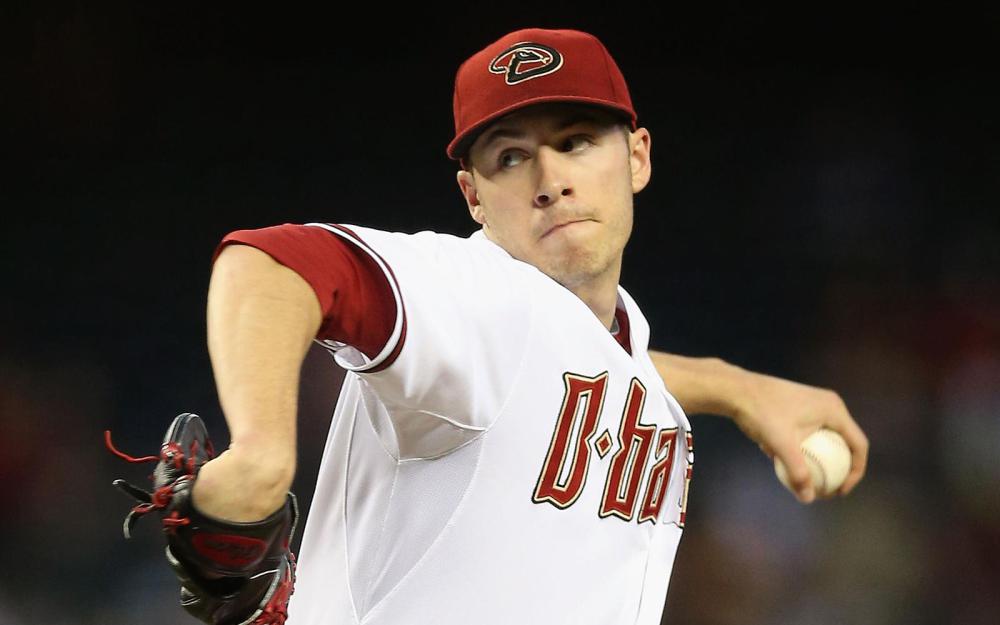 Corbin's incredible rise just keeps getting better as he nearly through a no-hitter against the Giants on Tuesday night, lowering his ERA to 1.65 for the season. He has a sensational 37:5 K:BB in 27.1 IP through his first 4 starts and his 1.78 xFIP indicates that this hot start is no fluke. His SwStr% has jumped from 11.0% to 17.9%, his GB% is at a career-high 56.1%, and everything is pointing to a breakout season for the 28-year-old. Congratulations if you grabbed Corbin late in the draft or off the waiver wire.

Frazier has been on fire recently, going 9-22 (.409) with 2 HR's, 8 RBI, and 6 BB's over his past 7 games. We expect to see power from Frazier, but seeing him with a .291 BA seems kind of odd after he hit just .225 and .213 over the past two seasons. We expected some positive regression after his .236 BABIP season in 2016, but then he doubled down with a .226 BABIP last season, putting him in the category of a low-BABIPer. So far this year however, Frazier has gone the opposite extreme with a .368 BABIP, so are things finally cancelling out? In truth, Frazier's high FB tendencies have been the primary reason for his bad results on balls in play, and he continues to hit a lot of FB's this year, while his current 28.9% LD% is almost sure not to last. So while there is a strong chance his BABIP improves somewhat from the past two seasons, it's still likely to remain below league average. The reason to own Frazier in fantasy leagues is still because of his power.

Hader was said not to be an option to become the Brewer's closer when Corey Knebel went down with an injury, but he has collected two saves within the last week. That's not to say that he has been used as the traditional closer - he pitched the final two innings in both of those games, and it was Jacob Barnes who picked up the save in Wednesday's game - but even he's not the closer, he still may be the Brewer's reliever to own. Thanks to a whopping 21.2% SwStr%, Hader has a ridiculous 25 K's in 11.2 IP this season, good enough for a tie for 9th in K's in the NL, and he's a relief pitcher! He easily leads the Brewer's team in strikeouts and has racked up at least 3 K's in each of his 7 appearances, despite never having gone longer than 2 IP. With excellent ratios and K' totals, along with the occasional win and save, Hader makes for a good fantasy option regardless of what inning he is coming into the game.

It hasn't quite matched last April, but Thames is going on a power spree again with 6 HR's now in his last 10 games. We know not to get expectations too high this time around, but it's good to see this type of surge after Thames hit just 20 HR's in the final five months of 2017. He won't hit for average with a K% regularly over 25%, but he's gotten off to a good start in terms of matching last year's 31 dingers. With the Brewer's making several offseason additions, Thames was at a risk of losing playing time, and he has only started 13 of the team's first 17 games, so hitting for power consistently is integral for Thames to remain a mostly everyday player.