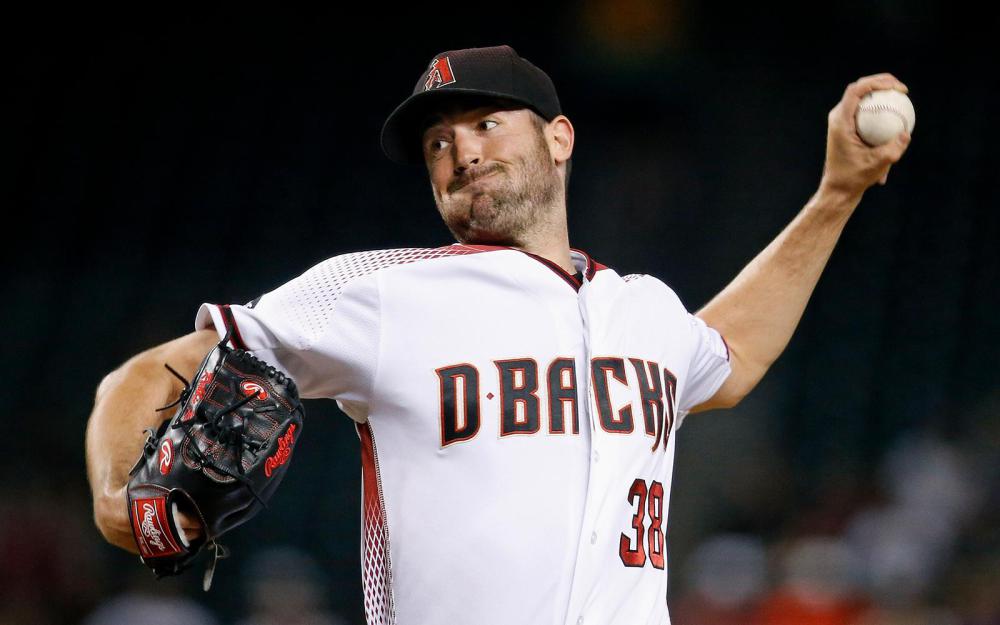 Eflin finished off a fantastic June with perhaps his best start yet, going 7 shutout IP against the Yankees, allowing just 4 hits and 2 BB's while striking out 6. Eflin finishes the month a perfect 5-0 with a stellar 1.76 ERA and a solid 28:6 K:BB across 30.2 IP through his 5 starts. For the season as a whole, his ERA is down to 3.02, and is backed up by an excellent 57:14 K:BB through 56.2 IP. The one area which he is most likely to see regression is in preventing the long ball; he has only allowed 4 HR's this season despite a 40.6% FB%, good for a likely unsustainable 6.5% HR/FB . Still, he has become worthy of ownership in nearly all formats.

Hoskins hit a 3-run HR against the Yankees on Wednesday, his 12th HR of the season, which provided all of the offense in the game for either team. Hoskins started the season a bit slow; he was hitting just .233 with 6 HR's and a 28.2% K% through 52 games as of May 29th when he hit the DL with a fractured jaw. But since returning on June 9, he is hitting .303 with 6 HR's and 18 RBI through 17 games, and perhaps most importantly, he has cut his K% to 20.8% during this stretch, which much more closely resembles what he did last year. While he won't replicate last season's historic pace, he should continue to put up big numbers from here on out.

Newcomb allowed 3 ER's in 6 IP against the Reds on Wednesday, and he now owns a stellar 2.71 ERA to go along with an 8-2 record through 16 starts this season. His 3.93 xFIP indicates that he has been solid but perhaps a bit lucky as well, and that fortune is also reflected in his .261 BABIP so far this season. Newcomb's peripherals have tailed off a bit recently; over his last 9 starts, he has compiled a mediocre 42:22 K:BB ratio and a 4.28 xFIP, although he has still managed a 2.58 ERA over that stretch. He should remain a solid mixed-league contributor but it may be worth checking if any of your league-mates would be willing to pay up for him like a front-line starter based on his ERA. On the other hand, he may still be too much of a "Newcomb"er on the fantasy scene to have built up that much market value.

Ray returned from the DL to make his first start in nearly two months and pitched 6 shutout innings in a win against the Marlins, striking out 6 and walking 2. Ray was roughed up for a 4.88 ERA in his 6 starts before suffering the oblique injury, but he had picked up right where he left off last season in terms of getting punch-outs. In fact, his 14.64 K/9 entering Wednesday's contest would be his best yet. Part of his struggles have come due to an elevated BB-rate (5.53 BB/9) but he also suffered from a .357 BABIP, and his 3.33 xFIP indicates that things will get better for Ray. He needs to be grabbed if he was left on the waiver wire during his injury - you can't leave that kind of strikeout rate on the table!

Thames has a powerful .909 OPS with all 9 of his HR's against RHP's this season, setting him up for a nice matchup against the Reds and RHR Anthony Desclafani. Desclafani has allowed a .378 wOBA to LH-hitters and an equally bad .378 wOBA at home, so playing in Cincinatti, one of the most hitter-friendly parks in baseball is another advantage for Thames. DraftKings Value Play Salary $5,100.