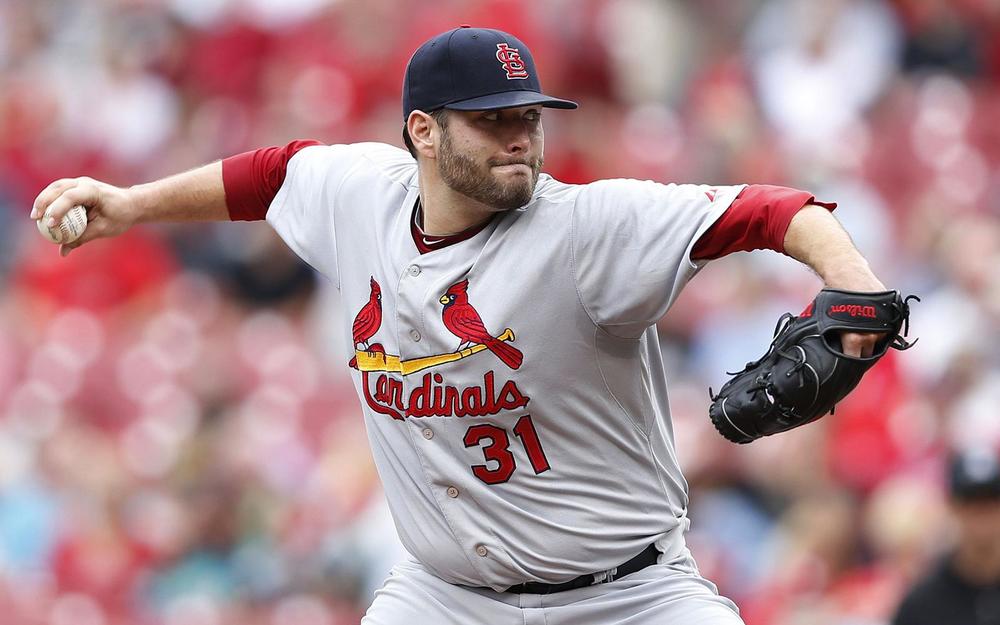 Carrasco struck out 10 in 7.1 scoreless innings on Wednesday, lowering his ERA to 3.66 for the season. He continues to dominate since all-star break, compiling a 1.33 ERA and 26:3 K:BB over his last three starts. The recent stretch shouldn't come as too much of a surprise, as Carrasco has had excellent peripherals all season, with a 138:26 K:BB and 3.20 xFIP across 123 IP. The recent opponents have been light for Carrasco, but that will be the case for the remainder of the season as the Indians play only 7 more games against playoff contenders and much of the remaining schedule comes against feeble division rivals. Carrasco should be considered a top-10 SP from here on out.

Glasnow made his Rays debut on Wednesday, allowing 1 ER on 2 hits in 3 IP while striking out 5. Glasnow was actually making his first start of the season, as he had made 34 relief appearances with the Pirates before being traded, posting a 4.34 ERA across 56 IP while with Pittsburgh. He actually pitched better than his ERA indicated as his xFIP during that time was 3.46 thanks to an excellent 11.57 K/9 and 56.8% GB%. Walks have always been a huge problem for Glasnow, so he'll need to maintain the elite strikeout rate in order to be effective as a starter. So far in his career as a starter, he has managed an 8.47 K/9 and 5.31 xFIP, and it remains to be seen if he can carry over his success as a reliever into the rotation. Of course, it also remains to be seen how the Rays will utilize Glasnow - as a regular starter, a reliever who acts like a starter, an opener who technically is a starter, or something else - but more than likely he'll be given the opportunity to get a starter's number of innings. He'll need a few more outings like Wednesday (only longer) to be worthy of fantasy consideration.

Lucroy's bat has picked up a bit since the all-star break, as he is now hitting .294 (10-34) with a HR, 4 doubles, and 13 RBI in 11 games since the break. That may not seem like anything to write home about, but Lucroy slashed a lowly .241/.294/.312 with just a single HR in 277 first half PA's, so at least it's something. Lucroy's excellent contact rate makes him a rare catcher who has the ability to hit for a decent average, and with an elite 4.4% SwStr%, his 14.5% K% could even stand to improve. But what happened to the power of a player who averaged over 14 HR's a season from 2011-2016? Last year's power drought was understandable as he posted a career low FB% and a poor 22.3% Hard%. But this year, his Hard% is at a career high and his FB% is at his career norm, so what gives? Digging deeper, Lucroy's hard-hit balls this season have come either on line drives or ground balls, or on fly balls hit to the middle or opposite field, but on pulled fly balls (which is where HR's tend to come), he's only managed three balls that rated as hard-hit this season. That number will probably improve in the second half (how could it not), but it wouldn't be fair to expect even respectable power numbers considering this recent trend. More consistent power threats, like Yan Gomes or Robinson Chirinos, probably make for better options.

Lynn pitched 4.1 scoreless innings in relief of Sonny Gray on Wednesday after Gray allowed 7 ER's in 2.2 IP. It's possible that Lynn could replace Gray in the rotation after Wednesday's outcome, but beware of expecting too much out of Lynn going forward. He has regained the strikeouts that he lost last season and has a career high GB% but his BB/9 has bloated to 5.23 resulting in a mediocre 4.41 xFIP for the season. He has pitched better recently with a 3.68 ERA over his last 4 starts, but even so, he walked 12 in 22 IP during that stretch. Lynn can be used as a streaming option in the right circumstances if he does indeed join the Yankees rotation, but don't expect him to revert back to the Lynn of his Cardinals heyday.

Torres' first week after coming off the DL in late July was rather uneventful (4-20 with one double in 6 games), but that changed on Wednesday when he homered twice and drove in 4 runs. He has continued to hit the ball hard in the 2nd half of the season, so it was only a matter of time before he broke out. Torres has regressed somewhat from his blistering start when he hit .325 in April and May thanks to a .373 BABIP, as he is hitting .258 with a more reasonable .294 BABIP since the beginning of June. He continues to hit for power though, and his 42.0% FB% and 42.9% Hard% indicate that that will continue. His BA may still drop a bit from its current .289 mark, but Torres is still easily the frontrunner for AL Rookie of the Year honors, and looks to be an integral part of the Yankees present and future.