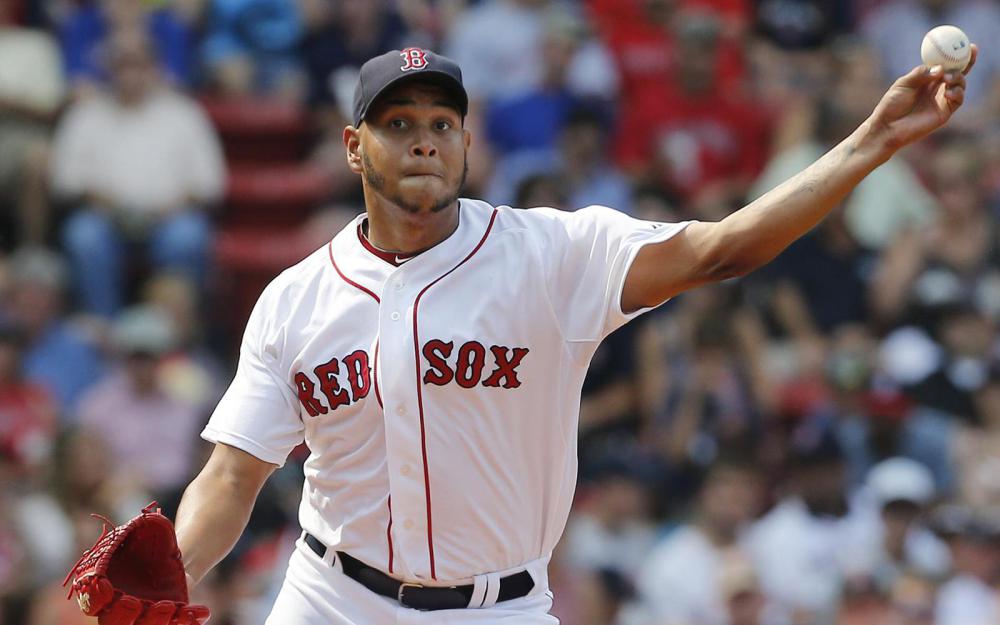 Blake Snell (SP-TB) handled a potent Indians lineup over six strong innings on Saturday, giving up just two runs (one earned) on seven hits and a walk while whiffing eight. Snell has enjoyed a breakout in 2018, as he now has a 2.03 ERA, 1.01 WHIP, and 10.45 K/9 over 150.2 innings of work. One of the biggest areas of improvement for Snell has been his control, as he's posted a 3.23 BB/9 so far in 2018 - which is well below last season's 4.11 clip (4.04 career). He has benefitted from some good fortune, as indicated by his 3.43 xFIP and 3.51 SIERA. His 87% strand rate is astronomical (76.7% career), and the .244 BABIP that opposing hitters have logged against him is quite low (.283 career). But he does generate some of his good fortune with his superb strikeout ability in tandem with his ability to induce some grounders (43.5% this season, 41.8% career). There may be a bit of regression going forward, but it looks like the former top prospect has arrived.

Carlos Rodon (SP-CWS) came back down to Earth against the Red Sox on Saturday, tossing 6.1 innings in which he allowed five runs (four earned) on two walks while striking out four. The outing ended his streak of consecutive quality starts at nine, dating back to July 5th. Rodon now boasts a 2.89 ERA and 1.02 WHIP over 99.2 innings pitched this season; he returned from a shoulder injury on June 9th. As good as the surface numbers are, there is reason to be concerned about Rodon. His 5.09 xFIP and 4.81 SIERA raise a huge red flag - his 79.4% strand rate exceeds his career 76.6% clip while his minuscule .194 BABIP allowed to opposing batters is well below his .294 career rate. While he has slightly trimmed the walks allowed to 3.43 BB/9 (3.70 career, 4.02 in 2017), his strikeouts have evaporated to a meager 6.77 K/9 clip (8.75 career). Rodon was a highly touted prospect and clearly has some talent, but one has to think that more rough outings lie ahead of these concerning trends continue.

Trey Mancini (OF-BAL) stayed hot, going 2-4 with a solo shot against the Royals on Saturday. He's now batting just .243 across 530 plate appearances this season with 20 homers and 49 RBI after he was widely expected to breakout after hitting .293 with 24 homers and 78 RBI across 585 plate appearances in 2017. A major part of the problem has been his batted ball profile, as he hits 53.8% grounders and just 17.9% liners and 28.3% flyballs. Mancini's 34.5% hard-hit rate is close to last season's 34.1% clip, but it's hard to post an ISO north of his current .177 when most batted balls are of the grounder variety (and he's not an especially fast runner). However, he batted .291 across 110 August at-bats while smacking seven homers and driving in 16. That month, he dropped his groundball rate to 46.1% while boosting his flyball rate to 37.1% and upping his hard-hit rate to 43.8%. That success appears to be carrying over into September, so it's worth checking if he is available in your league (he's owned in only 40% of ESPN leagues at the moment).

Tyler White (1B-HOU) continued to rake, going 1-4 with a two-run double against the Angels on Saturday. He's now batting .308 with 11 home runs, and 29 RBI over just 130-at bats this season. He appears to be continuing his stellar August in which he batted .325 with eight dingers and 23 RBI. The 27 year-old enjoyed some success in the minors (especially in Triple-A in 2017, when he hit .300 with 25 homers and 89 RBI), so it's entirely possible that he can sustain some measure of what he's done in the majors this season. His .322 BABIP isn't at all high compared to what he regularly recorded in the minors, and his 11.6% walk rate suggests that he is a patient hitter while his 19.7% strikeout rate isn't at all bad for a slugger. His .331 ISO is definitely due for some regression, especially since his hard-hit rate is a modest 34.7% while his HR/FB is high at 27.5%. Regardless, he's on quite a tear right now and does have a track record of success in the minors. He's only owned in 36% of ESPN leagues, so he may be available to help you in your league.