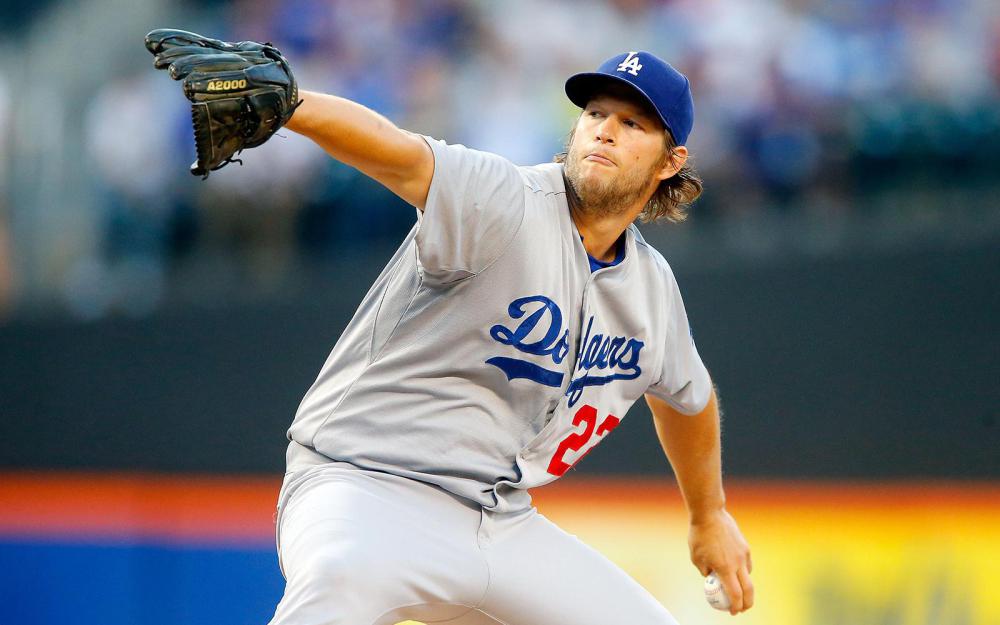 In a very encouraging season debut for the former Cy Young winner, Kershaw went seven innings, allowing only a 1st-inning 2-run homer to former teammate Yasiel Puig. He struck out six and walked no one. He did this despite a fastball velocity in the high 80's/low 90's. That velocity just doesn't seem to be coming back so it will be fascinating to watch how Kershaw pitches without an elite fastball anymore. Last year his fastball usage was down to 41%. In fact, it's gone down every year since 2009, his second year in the league. Literally every single season he has used his fastball less than the previous season. On Monday he only used his heater 32% of the time. I expect that to continue this year. He's going to go to the slider more (he threw it 46% on Monday). And the curveball (21% usage on Monday). It worked on Monday. Will it continue to work? And will he continue to stay healthy?

Richards' first non-quality start of the season was a dud: 4.2 IP, 5 ER, 4 BB, 3 K. Last year Richards was mostly a fastball/changeup guy with glimpses of a curveball. His fastball was ineffective while his changeup was extremely effective. In the offseason he added a cutter, hoping to improve the results of his heater. So far the increased pitch arsenal is showing moderate gains. He's throwing that cutter about 13% of the time and while it has a negative value to it, it's still much better than his 4-seam fastball. His changeup is actually doing even better than last year. Richards truly has one of the best changeups in the game, but can he be effective with only one above-average pitch? On the surface he has been effective so far this season, but there are some concerning advanced statistics. For one, his BABIP is just over .200 and his HR/FB rate is only 3.4%. On the positive end, he is getting more swinging strikes, up to a very solid 14% (it's that changeup) but his walks are up as well. As he continues to fine-tune his cutter/curveball, Richards can develop into a more reliable starter, but for now he's still a low-end SP4 or high-end SP5 in deeper mixed leagues and a decent DFS play with the right matchup.

Rosario had a pair of hits and picked up his second stolen base of the season in the Mets' extra-inning contest against Philadelphia. Rosario's 2019 numbers are a lot more like his 2017 numbers than 2018. Whereas last year he reduced his swinging strike rate and increased his contact rate, this year he's back up to an unsightly 18.5% swinging strike rate and atrocious 61.7% contact rate. On the flipside, he continues to draw more walks and has upped his hard hit rate by ten percent. He's also hitting the ball on the ground much less, which is good and bad: good because he's clearly looking to drive the ball more but bad because it prevents him from taking advantage of his above average speed. His BABIP is 40 points higher than last year, but I actually think that's relatively sustainable due to the increase in hard hit percentage combined with Rosario's speed. The most important thing is this: he simply cannot be a fantasy contributor with a 62% contact rate. If he can find a way to bring that contact rate closer to last year's level while maintaining a hard hit rate over 35%, because of his speed and athleticism, Rosario could evolve into an elite fantasy asset.

Take a look at Harper's swinging strike rate and contact rate and your expression will turn into the shower scene from Psycho. The $330 million man was relatively quiet in a high-scoring affair at Citizens Bank Park on Monday. Harper had one hit in six at bats with a run and an RBI. Chalk it up to 'trying too hard' or 'adjusting to his new surroundings,' but Harper's plate discipline is atrocious right now. On the other hand, his barrels per batted ball are nearly twice what they were last year. So when he's making contact, he's making it count. Although boosted by a 36% HR/FB rate, his ISO is currently the highest of his career. Harper's always had an elite walk rate, but he's getting on base at the second highest rate of his career. It's inevitable his plate discipline will improve, which could make this an MVP-caliber season in his on-again, off-again career.

Hudson exited after his shortest start of the season, lasting only 3.2 innings, allowing six runs on eight hits and three walks while striking out three in a no-decision against Milwaukee. Hudson still hasn't lasted five innings in any appearance this year and he has walked multiple batters in each of his starts. Furthermore, he's in the top-10 in all of baseball in average exit velocity allowed. Like his Monday counterpart, mixing walks and home runs is not a good combination. However unlike Freddy Peralta, Hudson is not a flyball pitcher. Nothing of the sort. He relies heavily on his sinker, and he is indeed inducing groundballs, actually more than last year, but his HR/FB rate is an astronomical 71.4%. It actually went up on Monday. He allowed two flyballs to the Brewers. Both left the park. So the point is Hudson is just not going to keep giving up the amount of home runs he has been giving up. That's good news. It's what's holding him back right now. The bad news is he has to bring down the amount of hard contact. He can allow a little more than others because he's a groundball pitcher, but not close to 50%. Also, the walks. He's not really fooling hitters and so he's not getting guys to chase out of the zone. Those are the items to check off the list for Hudson to evolve into a reliable starter.