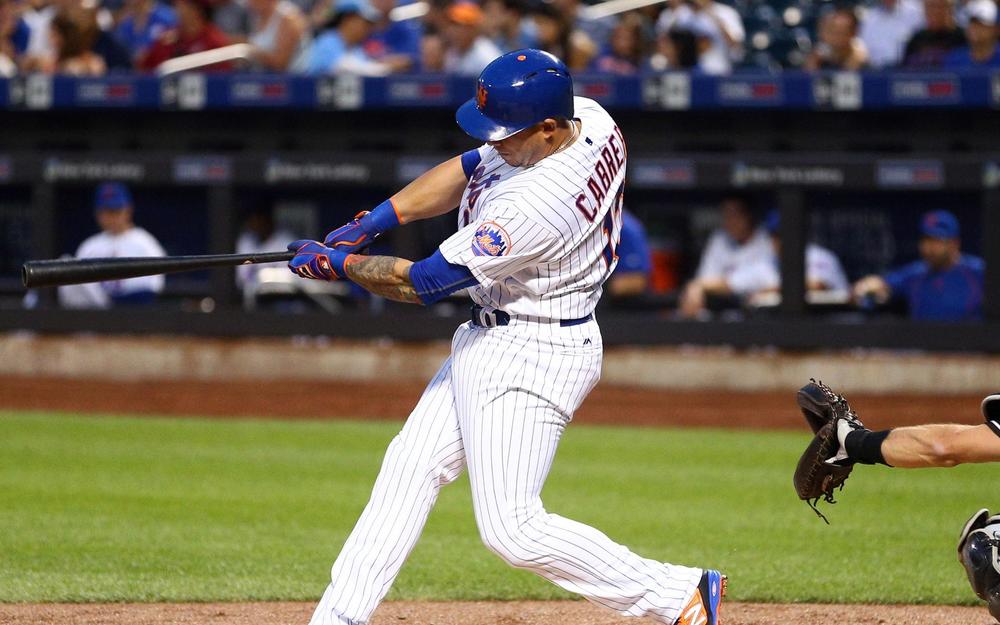 Cabrera continued his unlikely power surge on Monday, hitting his 5th HR of the season in just his 14th game. His career high in HR's is 25 set back in 2011, but he's on pace to shatter that mark thanks to a 51.5% Hard%, a number that's never been above 40% in his career. Chances are that at age 33, that number is coming down, but he's still a good bet to reach 20 HR's for the 3rd time in 4 years. Meanwhile, his 26.8% K% is way above his career norm, but there shouldn't be too much concern considering that his 6.8% SwStr% is still excellent.

Mancini continued his hot start to the 2019 season by going 2-5 with a double on Monday and raising his slash line to .343/.400/.701 through 75 PA's. So is he for real? His .378 BABIP will certainly fall, but there are several encouraging peripherals to note here in the early going. Mancini's current 22.7% K% is lower than ever before, as is his 26.8% Chase Rate (by nearly 8%). And perhaps more noteworthy is that his FB% (entering Monday) was at 38.3% after settling below 30% each of the last two seasons. It's still too early to know for sure that these numbers won't normalize, but if things stand the way they are now, Mancini is primed for a career year. Remember, he reached 24 HR's each of the past two years with FB-rates in the 20's, so if he can keep that number close to 40%, we could easily be talking about a 30+ HR campaign.

Martinez is sitting on 3 HR's through 17 games this season, which has him behind his pace of 45 and 43 HR's that he reached the past two seasons. But have no fear, Martinez is still boasting an elite 49.1% Hard% and 45.3% FB% so the HR's should be coming in bunches sooner rather than later. What's been interesting about 's start though is that through 72 PA's, his K% is a miniscule 9.7% (career 24.5%). We can't expect his strikeout rate to remain elite, but his 22.5% K% in 2018 was his best mark in 6 years, so perhaps he'll improve on that again this season. If that happens, we could be talking about another .330 BA from and another run at a triple crown.

Smith hit his 3rd HR of the season and drove in 4 on Monday, and through 16 games this season, has already surpassed his HR and RBI total from a year ago (in 35 games with the Blue Jays). He has been making excellent contact this season (14.7% K%), but that shouldn't really come as much of a surprise as he has had good strikeout rates throughout his MiLB career, as well as last year with Toronto. The power, on the other hand, may be hard to maintain as his Hard% has been hovering around 25% each of the past two seasons. His exit velocity and Barrel% have also both been below league average, so while playing in Camden Yards should help, Smith should be viewed more as a contact-oriented hitter rather than a huge power threat.

The Royals will have a matchup against struggling RHP Reynaldo Lopez on Tuesday. LH-hitters this season have gotten on-base at a .571 clip against Lopez this season, which is great news for Hamilton who should get an opportunity to add to his SB total. DraftKings Value Play Salary $3,700.