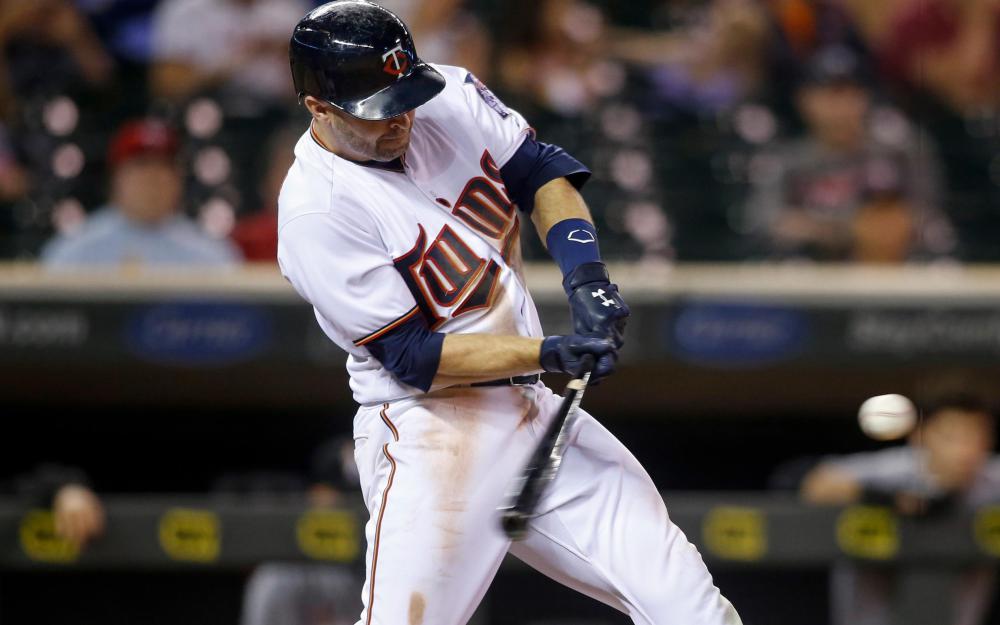 Brian Dozier, 2B, WAS

Dozier hit his 1st HR of the season against the Phillies on Monday, a welcome sight to see for one of the coldest players in MLB (outside of Chris Davis) at the start of the 2019 season. Not only was this Dozier's first HT, but it was also his first RBI and first run scored for the season, the latter being especially disappointing for a player who scored over 100 runs for four consecutive seasons from 2014-17. He is now 3-29 on the year and his K% and SwStr% are both well above anything he's done previously in his career. Still, this wouldn't be all that concerning a week and a half into the season if he hadn't finished last season hitting .157 with 3 HR's and a .276 SLG over his final 45 games. Despite signing a $9 million contract in the offseason, Dozier could be at risk of losing playing time if his slump persists. You kind of wonder if we'll ever again see the Dozier whose primary value came from piling up counting stats year after year.

Hoskins-mania is back! With two more longballs on Monday, Hoskins is up to 5 dingers in 39 PA's this season - a pace that's a bit better than his ridiculous 2017 debut. Hoskins continues to put up the power numbers by hitting tons of FB's; he had a 52.6% FB% before Monday's game and was above 50% last year as well. The flyballs aren't very good for his BA as they make him a perennially low BABIP-er, so expect his .367 BA to drop drastically. Still, it makes him a threat to reach 40 HR's even if his exit velocity is only slightly above average.

Nimmo has been ice-cold to start the 2019 season, going 3-29 with 17 K's and just 1 XBH through 9 games. Nimmo has always been a high strikeout guy, but in the past, he has had a good SwStr%. This year, his K% is at a bloated 47.2%, and his SwStr% is more than double last year's mark at 20.4%. At age 26, one would assume that we will again see a productive Nimmo, but how long we'll have to wait for that is another question. The ideal thing for fantasy owners right now would be to bench Nimmo until he figures things out, if you can afford a bench spot. Otherwise, you would hate to be the guy who cuts him right before a power surge, but we could be looking at a months-long black hole in your lineup.

Story hit his 4th HR of the season on Monday and he continues to prove that last year's power output was no fluke. But while he should continue hitting for power, Story's current .231 BA is probably a more realistic expectation than last year's .291 mark considering his high K' rates. Story actually improved his K% to 25.6% last season but the early indications (16.5% SwStr% so far in 2019) are that he might regress a bit in that area. He has also been caught in both of his SB attempts this season after going 27-33 in that department a year ago. Expect Story to be more of a 3 or 4 category contributor rather the 5-category monster he was in 2018.

Nola has had a rough start to the season (7.00 ERA) and his price has dropped to the 5th highest pitcher on DraftKings on Tuesday. Still, Nola has been getting strikeouts (10 in 9 IP) and has the track record to assume that he'll turn things around shortly. This is a good opportunity to get an ace for a reasonable price. Value Play DraftKings Salary $9,400