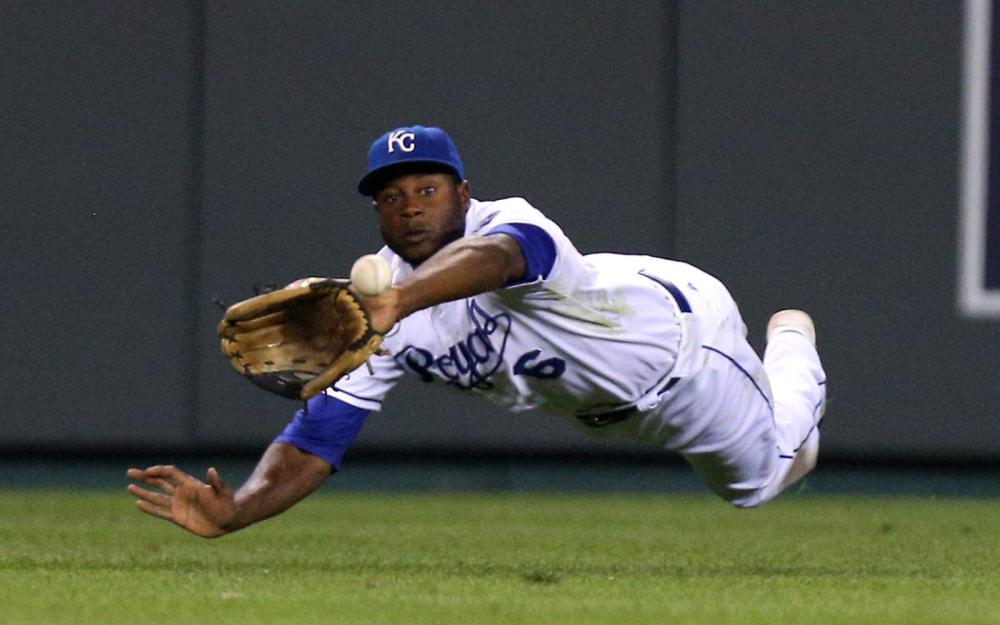 Jerad Eickhoff went 5 IP and gave up 4 ER on 4 H, 1 BB, and 5 K's against the Rockies. Eickhoff has been a welcomed surprise for the Phillies and fantasy owners. He has a 3.23 ERA and 1.12 WHIP through six starts. The skills behind the good start are nice as well with 25% K, 12% SwStr, and 1.15 HR/9. Eickhoff is going to be hit by regression at some point due to his elevated walk rate (10%) and his home run rate which was due to rise given his fly ball tendency (44% FB) with the juiced ball. That is what happened today with 3 HR given up. His true talent level is probably closer to his SIERA (4.29) than his current numbers. Ride the hot streak but know that there are possible concerns under the hood.

Lorenzo Cain was 0-5 with a strikeout against the Braves. Cain is having a slow start to his 2019 season. On the surface, the numbers don't look terrible but a .267 AVG is well below his career average of .292. The good news is that he has 4 HR and 5 SB with 32 R and 19 RBI. The quality of contact has taken a step back for Cain as he has lost 2 mph of exit velocity and his hard hit rate has fallen below 30%. He is also hitting fewer fly balls which is bad news for his power numbers which were never great to start with. There isn't a reason to panic just yet because the overall numbers are there but there are small indicators that he could be playing through injury or possibly starting a decline phase.

Austin Riley was 0-4 with 3 K against the Brewers. Austin Riley has been very good since getting called up. He is 8-19 (.421) with 2 HR, 4 R, 4 RBI, and 0 SB. He was absolutely tearing up Triple-A prior to making his major league debut (.299/.377/.681 with 15 HR in 37 games). Riley started at 3B on Sunday but had been in LF prior. If he continues to hit for power and keep the strikeout rate in check there is a good chance that he sticks in the Braves lineup. The other factor to consider is defense. Can Riley play a passable LF and can Acuna play CF adequately so that the Braves don't feel like they have to play Ender Inciarte every day? The other avenue to playing time is Josh Donaldson not being a model of health at 3B. Riley needs to be owned considering he has game-changing power and has a real shot at sticking in the Braves lineup.

Keston Hiura was 2-4 with his first home run against the Braves. Hiura is hitting .250 with 1 HR, 2 R, 1 RBI, and 0 SB through his first six games. When initially called up, Hiura was thought to have the highest floor of the recent call-ups due to his ability to hit for average and steal bases but he has not hit the ground running at the major league level. His strikeout rate (30% K) and (4% BB) is a major concern. Yes, Travis Shaw has been terrible this year but there is a good chance that he gets healthy/right in the minors and comes back up to the big league club. This means that Hiura has to play well in order for the Brewers to not option him back down so he would really need to turn it around quickly to change their mind. His offensive potential long term is still that of someone that could hit 20+ HR/10+ SB with a good average over the course of a full season. It is hard to remember sometimes that hitting major league pitching is really hard and not all prospects hit the ground running like Acuna and Soto.