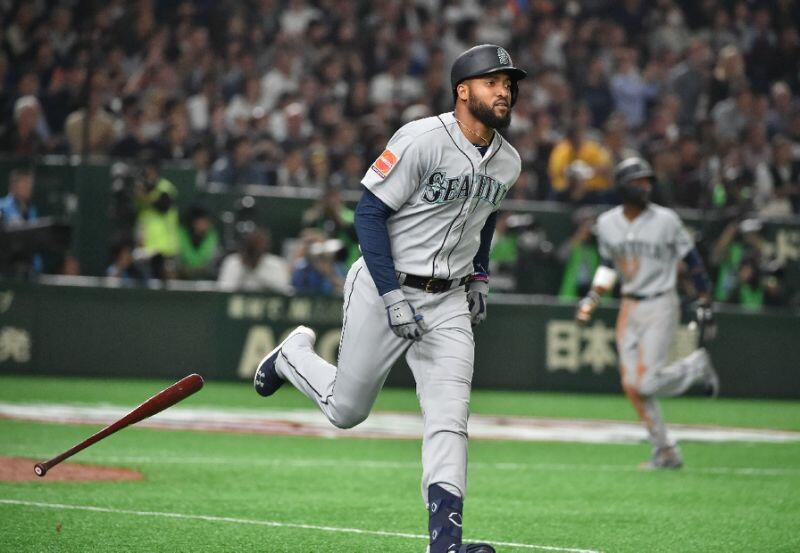 Aaron Civale (SP-CLE) impressed in his big-league debut against the Tigers on Saturday, tossing 6 scoreless innings in which he surrendered 2 hits while walking 3 and recording 6 punchouts. The 24-year old was likely making just a spot start for the Indians, as the club won't be needing a 5th starter again before the All-Star break. But his strong outing is noteworthy because he does have a track record of solid if unspectacular work in the minors. His 30.1 innings of work in Double-A earlier this season is pretty much a microcosm of his minor-league career: 2.67 ERA (3.55 FIP), 7.12 K/9, and 1.78 BB/9. Civale works in the low-90s with his fastball, but his curveball and slider both rate as plus pitches while his change-up is about an average offering. Pair a well-rounded repertoire with his level of control and you have a solid fantasy starter.

Rowdy Tellez (1B-TOR) went 1-3 with a walk and a solo shot against the Red Sox on Saturday. The 24 year-old has now hit a total of 3 homers over the last 3 games he's started, but his overall season line is pretty unimpressive. Tellez is now batting just .219 to go along with 14 dingers and 35 RBI across 238 plate appearances on the year. After largely keeping his strikeout rate south of 19% throughout his minor-league career, he's posted a 28.2% strikeout rate so far in 2019 while his characteristic patience at the plate has been lacking, as evidenced by his 6.3% walk rate; it's worth noting that his strikeout rate in June was down to 24.5% entering play on Saturday. The good news is that he makes plenty of hard contact (40.7%) and his .245 BABIP seems due for some correction as the season progresses. Keep him on your radar.

Ramon Laureano (OF-OAK) continued his recent hot streak by going 2-2 with an RBI and a steal against the Rays on Saturday. After starting the 2019 campaign slowly, the 24-year old - who was a popular breakout pick in fantasy circles coming into the season - is now hitting .266 with 12 dingers, 37 RBI, 43 runs scored, and 9 steals across 305 plate appearances. Despite his plus-speed, Laureano is hitting more flyballs (39.4%) and fewer grounders (down to 37.4%), which is probably helping (along with his 26.2% strikeout rate) to suppress his batting average. The good news is that his hard-hit rate is up a tick to 40.4% while his 15% HR/FB nearly matches last season's 14.7% clip.