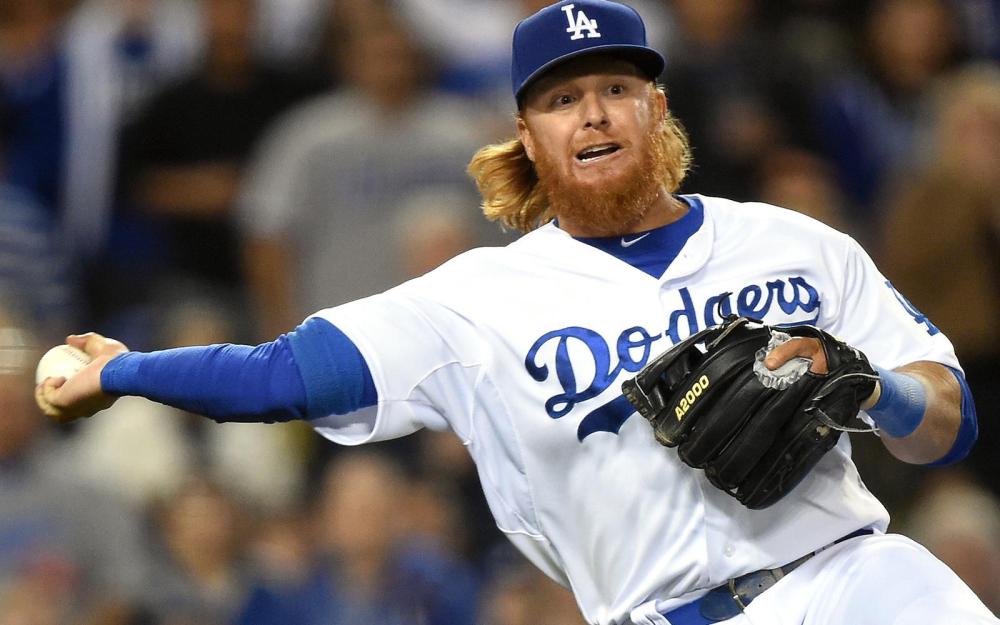 Turner went 0-3 with a strikeout against the Marlins on Friday. Turner's performance caught up with his underlying numbers over the first half of the year after a slow start, and the 34-year-old should be expected to play at a high level through the rest of the season. Despite his worse than usual (but still strong) .841 OPS, Turner has played extremely well this season, boasting an impressive batted ball profile (50.4% hard hit rate, 90.6 MPH average exit velocity) to go along with his characteristically strong approach and contact skills (7.4% swinging strike rate). Those numbers have powered Turner to some of his best xStats since Baseball Savant started tracking them in 2015 (a time period in which Turner owns a .887 OPS not including this season) including a .298 xBA (not his best, but in the top-five percent of the league), a .384 xwOBA (also not his best, but in the top-eight percent of the league and more than 20 points over his wOBA), and a .419 xwOBA on contact. It should also help that Turner will presumably stay in sunny Los Angeles for the rest of his home games this year -- L.A. averages a high of 85 degrees in August, and batted balls have left parks at a 5.6% rate in temperatures over 80 degrees this season (for context, Turner's current HR/FB ratio is 7.5%, and should rise). If you can somehow still buy low on Turner then jump on it, but don't be afraid to pay near draft day price for him either. Expect a strong rest of the season from Turner.

Clarke struggled in his return from the IL, lasting 3.2 innings and allowing four runs with no strikeouts against the Brewers. Injuries aside, Clarke's rookie season has been less than impressive, and the 26-year-old took a 6.21 ERA into Friday's game. Clarke doesn't own any particularly impressive individual arsenal (his slider is probably the closest thing to a strong option, but has gotten barreled at a high 15.4% rate, indicating that he can miss big with the pitch frequently) and as a result struggles to fool hitters (81.1% contact rate, 8.8% swinging strike rate -- though the high contact rate helps keep his walk rate down considering he throws in the zone only 38.9% of the time). Clarke's low strikeout potential (16.7% strikeout rate) could be offset by a strong batted ball profile, but he's done a similarly poor job of inducing desirable contact with a 12.9% barrel rate, 89.5 MPH average exit velocity, and 10.1% soft contact rate. Don't expect Clarke to be fantasy relevant this season.

Zimmerman singled and struck out against the Braves on Friday. Zimmerman has struggled so far this season, and it's largely been due to a relative power outage that's seen his soft contact rate rise up to 21.1%, suffocating his extra base hit and home run rates while keeping his BABIP down as well. Zimmerman's hard hit rate has been rising fairly steadily over the course of the season though, and his fifteen game rolling average is up to 42.5% prior to Friday's game. If Zimmerman can maintain his elevated hard hit rate (or something close to it), then he should produce at a high level over the rest of the season. Over his last five games, Zimmerman owns a .842 OPS -- an OPS that is a reasonable (if a little high) expectation for Zimmerman through the rest of the year if he can keep his hard hit rate up. Zimmerman is trending in the right direction for the right reasons, so buy low if you can.

Chacin was knocked out after just 2.1 innings of work against the Diamondbacks on Friday and allowed seven runs (six earned) on seven hits and one walk. After posting a solid 3.50 ERA in 195 innings last season, Chacin has struggled this year and took a 5.18 ERA into Friday's game. Chacin's struggles are being driven primarily by three factors: he's being hit harder, missing the zone more frequently, and generating whiffs less frequently than last season. As a result, Chacin has seen his BABIP jump to .292 (from .254 last season -- partially due to expected regression) as his strikeout rate has remained below 20% and his walk rate has risen to 10% (from 8.9% last year). Although Chacin's increased slider usage should be encouraging, the pitch's effectiveness has waned over the past few seasons, and while it still induces decent results, it no longer gets hitters to chase or swing and miss at even league average rates. Since there doesn't seem to be a pitch in Chacin's arsenal worth turning to with his slider struggling, don't expect him to improve substantially over the rest of the year.

Flowers walked and struck out three times against the Nationals on Friday. Flowers doesn't get a ton of playing time and owns a strikeout rate north of 30%, but he could be a strong daily fantasy play under the right circumstances. When Flowers does make contact (at a less than desirable 67.5% rate), he tends to hit the ball hard with an 11.9% barrel are and an 89.9 MPH average exit velocity, giving him an impressive .423 xwOBA on contact. The trick to getting value out of Flowers will be finding matchups against pitchers with weak secondary pitches -- especially weak breaking balls (command or "stuff" can be the issue; Flowers chases non-fastballs at reasonable rates and swings at "meatball" pitches more than average batters, so pitchers with overpowering stuff but shaky command are still viable opponents). Traditionally, Flowers would be a strong play against lefties, but his splits appear to have shifted this season and he's performed well against righties while struggling against southpaws (he's also gotten most of his playing time against righties this year). Trust the larger sample size there (Flowers is also benefiting from a .400 BABIP against righties this year), but don't be afraid to use Flowers against the right pitcher regardless of their dominant arm.