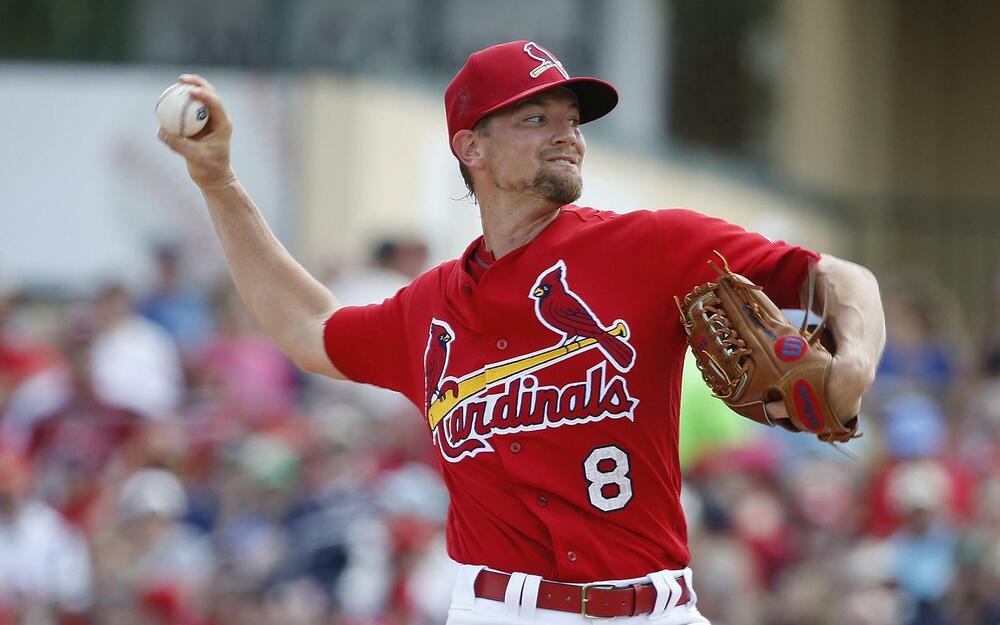 Leake came within three outs of completing the first perfect game in the MLB since August 15, 2012 (Thrown by his teammate Felix Hernadez). LAA's Luis Rengifo served a base-hit to right field to break up the perfect game and no-hit bid in the 9th inning. After the deflating hit, Leake lost his focus briefly and walked the next batter, but then he dialed back in and sat the next three down in order to preserve the one-hit gem. Leake was extremely efficient on the evening as he struck out just six and tossed only 98 pitches in the contest. The victory evened his record at 8-8 and brought his ERA down to a respectable 4.27 on the season. This brilliant performance came on the heels of his worst outing of 2019, in which he gave up eight hits and four earned runs in less than an inning of work (ironically also came against the Angels). Fantasy owners will be tantalized by the outing but shouldn't overreact, Leake pitches to contact (6.59 K/9) and gives up a ton of home runs (1.74 HR/9), which is not a desirable combination.

Happ went 5.0 innings and gave up just two runs against the Rockies on Friday night. This was a solid outing for the southpaw, but he has been very underwhelming on the 2019 campaign as a whole. Most concerning is Happ's propensity to surrender the long ball; his 1.89 HR/9 this season is the worst amongst qualified pitchers in all of baseball. Additionally, his K-rate is significantly down from the past few seasons (7.56 K/9) and his ERA sits at an unsightly 4.86 (4.80 xFIP). Despite all that ugliness, Happ is still owned in the bulk of ESPN leagues (72.3%). A turn around certainly isn't out of the question--and it wouldn't be all that surprising--but he has lost around a mile per hour on his main pitches and his Z-Swing% is up 1.7% from a season ago. He does tote a 7-5 record for a good ball club, and his O-Swing%/SwStr% are basically the same as last season, but frankly it is hard to make a rational argument for fantasy owners to trust the 36-year-old from here on out.

Mercado went 5 for 5 and raised his season average to .299 against the Royals on Friday night. His only extra base hit was an RBI double in the third, but he did turn one of his four singles into two bases with a stolen base. Mercado is now 10 for his last 19, with three homers, three stolen bases, and eight RBI in that span. This is the 25-year-old's first season in the majors, and he is starting to show some promise at the top of the Indian's lineup. He has speed (9 SB) and has been able to get on base effectively so far this season (.352 OBP). Additionally, he has seven home runs in 217 plate appearances, and boasts solid advanced hitting numbers (.351 wOBA and 116 wRC+). Mercado's plate discipline has been rather average, his O-Swing% is 33.0% (a little high) and his SwStr% is 11.4%, but his Z-Contact% (88.7%) is 3.7% above the 2019 average. He is certainly not a must add (owned in 18.3% of ESPN leagues), but Mercado's mix of talent--and apparent stranglehold on the 2-hole in the surging Indians lineup--make him someone you should keep your eye if you're needing help in the outfield.

Stroman tossed 7.0 shutout innings in Detroit Friday evening. The Jays' right-hander is likely to be moved before the trade deadline and he showed his suitors a flash of what he can bring in this one. He surrendered just six baserunners and struck out five in the contest. Stroman had fantastic start to the season and has been less sharp as of late (4.10 ERA in previous seven starts); but he still figures to be a valuable mid-season add for teams in the need of an arm. He has been very good at preventing the long ball this season (.76 HR/9), which is valuable for any team right now; however, he doesn't strike many batters out and his xFIP is exactly a full point higher than his ERA in 2019 (3.06 xFIP/4.06 ERA).

The Baltimore Orioles lit Price up on Friday night to the tune of six earned runs in 4.0 innings. It was rough from start to finish for the Boston southpaw and it brought his ERA all the way up to 3.61 on the season. Price had given up more than two earned runs in just one of his previous eleven outings and had only given up 4+ runs three times this season prior to Friday's debacle. It's a tough outing to take because it came against the Orioles, whose wRC+ currently ranks 28th in baseball, but Price's overall numbers this season have been solid. His K-rate sits at a career high (10.33 K/9) and his 12.0 SwStr% is higher than it has been since his rookie season. Additionally, his xFIP is at 3.69 and he hasn't been destroyed by the home run (.97 HR/9) like many others have in 2019.