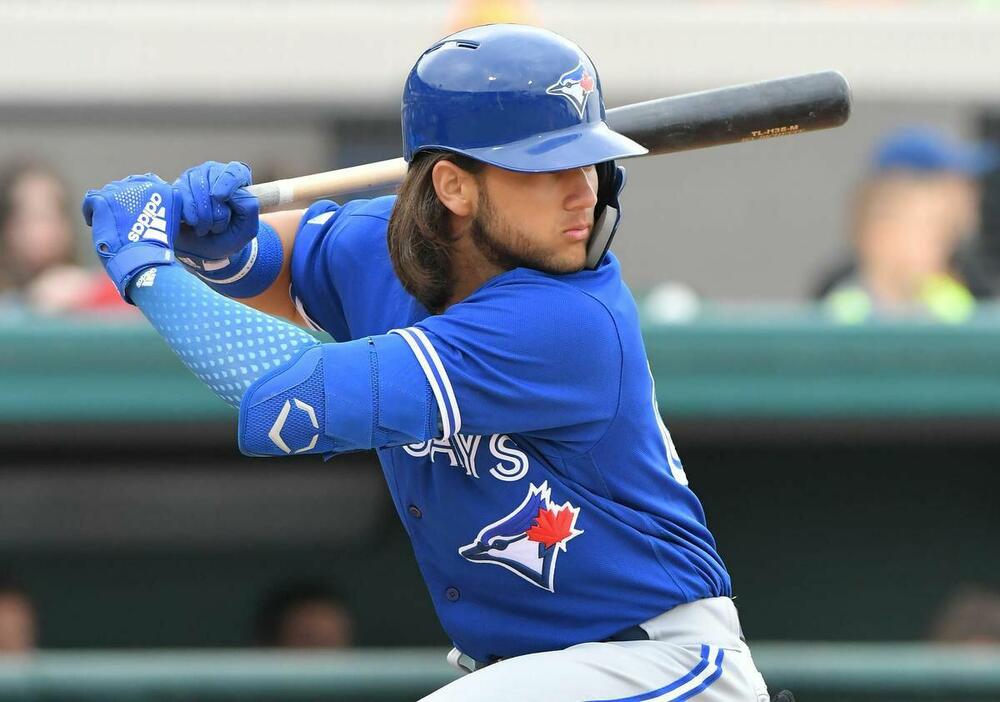 It took only 11 career games for Bichette to do something that no other player has done in MLB history, and that is hitting a double in 9 consecutive games. Bichette accomplished that feat on Thursday, when he went 2-5 with a double, HR, and 3 RBI in a loss to the Yankees. Oh and in case you thought Bichette is just about hitting doubles, he also has 4 HR's, giving him an MLB record 13 XBH's through his first 11 games. It's a small sample size, but he has an excellent 26.5% LD% and 44.1% Hard% since joining the Jays (entering Wednesday), and extra base hits tend not to be just a fluke. I think he needs to be owned in all leagues right now.

Sale dominated the Angels on Thursday, striking out 13 in 8 shutout IP's, allowing just 2 hits and no BB's. He has posted a 7.47 ERA over his last 7 starts and has a disappointing 4.41 ERA for the season, but I have to say that I still believe Sale is good. Thursday's outing marked his 13th double-digit strikeout game this season in 24 starts and put Sale over 200 K's for the 7th consecutive season. His 13.18 K/9 this season leads all of baseball, whereas his 2.97 xFIP ranks third. Even during the aforementioned rough stretch, his xFIP was an excellent 3.06. He's still a top-5 pitcher to me.

Upton went 0-3 with 3 K's against the Red Sox on Thursday, as he continues to struggle mightily with a .208/.297/.384 slash line this season. He has been especially cold in recent weeks, hitting .147 with 2 HR's and a 36.6% K% over his last 20 games. His already high K% has gotten even worse this season, but perhaps even more troublesome are his 28.4% Soft% and 28.2% IFFB%, both of which would be the worst in all of baseball if he had enough at bats to qualify. Upton has the ability to hit for power, but lots of strikeouts and lots of pop-ups are not a recipe for success.

Urshela had yet another monster game for the Yankees on Thursday going 3-5 with 2 HR's and 4 RBI against the Blue Jays. Saying he's hot doesn't do justice to what Urshela is doing right now, as he now has 5 HR's and 10 RBI in his last 3 games, and is hitting .380 with 9 HR's and 10 doubles in 22 games since the all-star break. It looked like his playing time would take a hit when several Yankees returned from injuries mid-season, but that certainly doesn't look to be the case anymore. He has been making excellent contact all year (15.5% K%) but now the power is finally showing. Maybe that shouldn't be such as a surprise as he has elevated his Hard% to 44.6% after being under 25% in each of his first 3 seasons. It's amazing how in a matter of months, Urshela has gone from borderline major leaguer to batting 3rd in one of the best lineups in baseball.

Whit Merrifield, OF, 2B, KC

Merrifield is coming off 4 straight multi-hit games and he'll look to make it 5 against RHP Edwin Jackson and the Tigers on Friday. Merrifield has actually been better against RHP's in some ways this season, hitting .323 with an .848 OPS against them. Jackson has an 11.12 ERA this season and RH-hitters have hit .429 (30-70) with a .929 SLG against him this season. Righties have more HR's (9) than strikeouts (8) against him! DraftKings Value Play Salary $4,500.