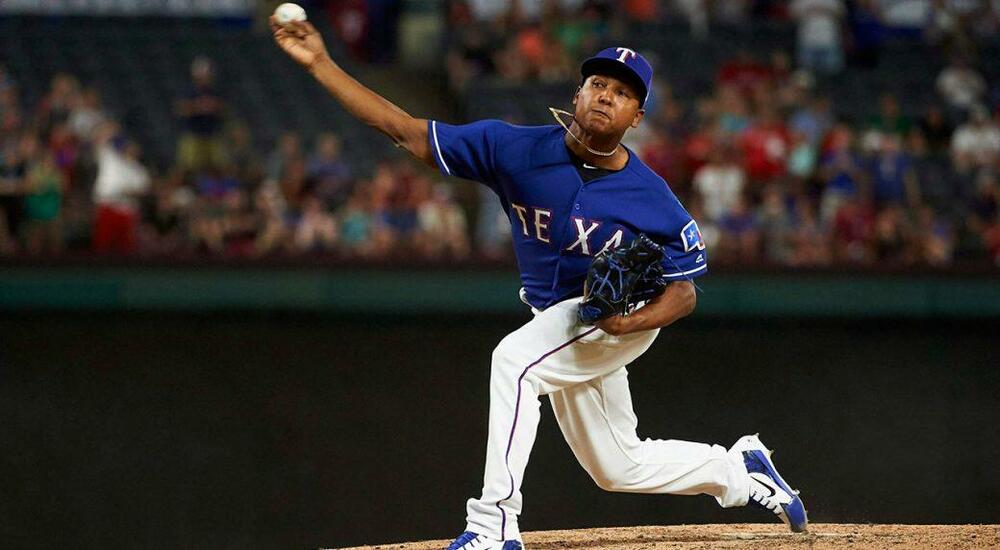 Within the next week, we're going to be about 75% of the way through the baseball season. From a figurative standpoint, that means we're rounding third base on this fantasy baseball season. While it's probably too late to make a drastic change in your standings in the saves category, there's still time to make small adjustments. More importantly, it's also a great time to establish a baseline or blueprint of a strategy to build from for next season. As such, this week's column will deep dive into the current standings of the NFBC Main Event, specifically looking at the saves category. The Main Event has 570 teams and the overall winner walks away with a cool $150,000 - meaning there's significant money on the line. Understanding the strategies from one of the most competitive contests in the industry can help you become a better player. Without further adieu, here we go:

-Just four teams have 60 or more saves, none have 70 or more

So how can you apply this information to your home league? While overall contests are different than indivudal leagues, it's interesting to see that leading in saves isn't necessary an indicator of a successful season. More often than not, teams leading the NFBC Main Event are middle of the pack of the saves standings. If this season is any indication, that likely means most of the top teams paid up for at least one of the top closers, while also hitting the FAAB jackpot on one of the many in-season closers that popped up. Around half of all MLB teams have new closers now than they had during draft season. Just like with an overall league competition, blending a successful draft with successful in-season management is the key to fantasy baseball success - there's simply no substitute.

-Boston and manager Alex Cora appear (only?) comfortable with Brandon Workmanin the 9thinning, even when he's seen heavy recent usage. Despite pitching in three of the team's previous five games, Workman made it three of the last four and four of the last six games when he locked down the save against the Angels on Thursday. Workman has an above average 12.5% swinging strike rate, which helps boost his strikeout rate to 34.5%, yet his best attribute is his 52% groundball rate. The Red Sox won't roll over over the final 7 weeks of the season, so Workman should keep plenty busy the rest of the way. He's the clear owner of the role right now and the stuff is legit as long as he can limit the situations where his ugly 15.5% walk rate rears it's head.

-The Diamondbacks cut bait with Greg Holland on Thursday, ending what was a tumultuous time on Arizona's roster. Holland was a great source of value in the first half, but the wheel fell off quickly. He'll surely be picked up by a team, but don't count on him seeing high leverage situations.

-Well, it look a few months, but Jose LeClerc is officially back as the closer for Texas, even after the return of Shawn Kelleyfrom the injured list per manager Chris Woodward.

-Craig Kimbrel landed on the injured list over the weekend, leaving newcomer David Phelpsto lock down his first Cubs save on Monday. The Cubs did activate Pedro Stropfrom the injured list, but he's not expected to see high leverage situations immediately, since he didn't go on a rehab assignment per manager Joe Maddon. Knowing the way Maddon handled this bullpen prior to the Kimbrel signing, it makes sense to assume the Cubs will deploy a committee between Phelps or Steve Cishekover the next few days, with Pedro Stroppotentially re-entering the fold if Kimbrel needs more than the minimum 10 days.

-The Nationals went out and acquired a plethora of relievers at the trade deadline, yet manager Davey Martinez has still been utilizing Fernando Rodney as the primary set-up man, in large part to Roenis Eliasinjuring his hamstring. Thankfully, Sean Doolittlehas been tremendous this season and has avoided a serious injury for the third straight season after dealing with major injuries in 2015 and part of 2016. Doolittle's saves are always a little adventurous given his 54.5% flyball rate, but he has just a 6.9% HR/FB rate this season, a metric that's obviously a very good number.

-The Mets are making a push for the playoffs, despite Edwin Diaz's best efforts to thwart that from happening. Prior to Monday's game, Diaz had allowed runs in four straight appearances, including one blown save. Mickey Callaway has been outwardly supportive of his closer, but with the Mets just a 0.5 game out of the wild card, the pressure is on. Seth Lugohas been dominant and is a must-own for all fantasy teams as we head down the stretch, just in case a change is made.

-Sergio Romo appears to be the second man in line for saves in Minnesota, if for no other reason than everyone else in the Twins bullpen has been struggling. Romo was good as the closer for the Marlins, but without saves, he provides little to no fantasy value to owners since he doesn't add much in the way of strikeouts.