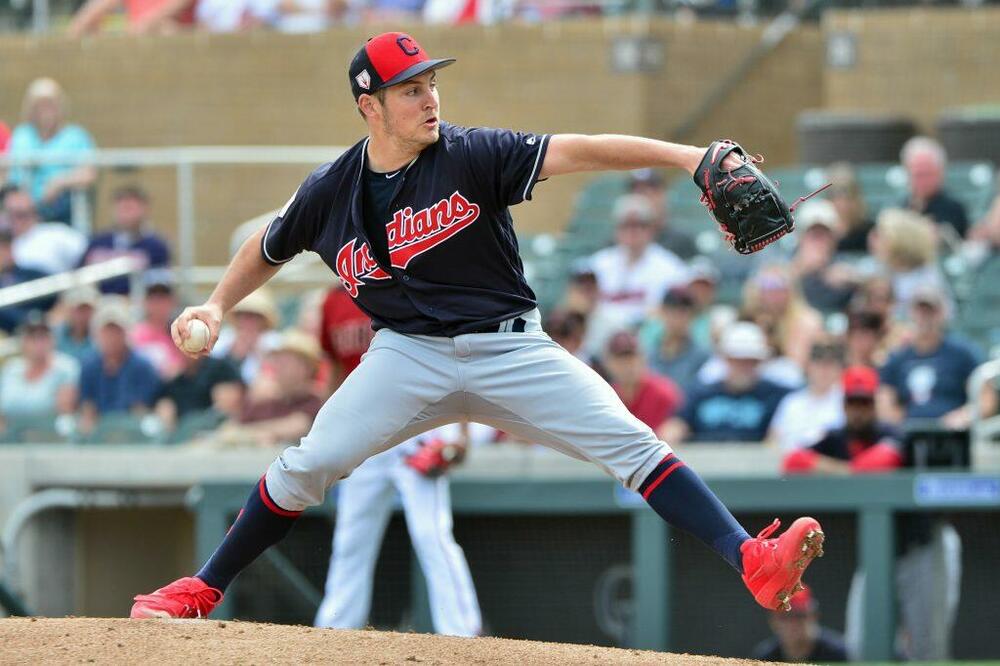 As we wrap up A Closer Look for another season, I like to use these final columns as a way to start getting an edge on the competition for the upcoming draft season. Teams are calling up their top prospect to get a taste of the big league life and many teams are experimenting with different players in different roles to see how they react. This won't always translate to the new players getting a guaranteed a spot with the team when they break camp in 2020, but they're definitely names to watch if they can impress.

It's also a time to assess the closer market heading into next draft season. The Great Fantasy Baseball Invitational has already completed six mock drafts for the 2020 season (which you can find here), which has given us an opportunity to see the current market for closers. Below is a snippet of their ADP:

I won't go into too much analysis, but it's relatively easy to pinpoint where some potential values lie compared with my closer rankings and tiers. Most notably, Liam Hendriks looks like the biggest difference. While I have him ranked among the league's elite, he's going as the 10th closer off the board and outside the top-150. Hendriks still has another year of team control and should be back with the A's next season.

While looking at the data, keep in mind mock draft data is often wildly different than real drafts since the latter forces you to take fliers on closers you might not *want* to actually own. These ADP numbers will firm up over the winter and by next February we'll have a better grasp of value, but it never hurts to get a head start.

-Something hasn't been right with Brad Hand since the All-Star break and on Thursday we learned the closer went for the MRI on his arm. The results were negative, but he's still expected to get some extra rest. The Indians are right in the thick of the playoff race, so it's in the team's best interest to get their best performing players in key roles. If he's healthy, that's definitely Brad Hand, but if he's not healthy, the best available arm might be Nick Goody or Tyler Clippard. Goody absolutely needs to be owned in fantasy leagues, but we've seen the Tyler Clippard experiment one too many times to fully back that one yet. One name to potentially watch is Indians top relief prospect, Jake Karinchack, who got the call. It's unlikely he will see saves immediately, but a high leverage role is certainly possible. Karinchack tops out in the upper-90s and has excellent movement, while posting an otherworldly 59.2% strikeout rate and 21.95 K/9 this season. Karinchak is definitely worth the flier and a name to remember in drafts for 2020.

-Mariners closer, Matt Magill, has been dealing with a back injury which has kept him out of action for about a week. He has since been cleared to get back into game action, so no adjustment is needed to our closer table. Magill is an okay option for your head-to-head playoffs, but there's a chance it will take an appearance or two before the team thrusts him back into the closing role.

-Another name to watch for 2020 is Rangers Emmanuel Clase, who ranks 8th among all relievers in WAR over the last two weeks, tallying a save, a win and 7 strikeouts with no walks over 6 appearances. He's also doing that with a groundball rate above 50%, a skill I have historically shown a preference for. That and his 100 MPH cutter is pretty dominant.

-Whatever issues were plaguing Josh Hader seem to be in the past. Since the calendar turned, Hader is 4-for-4 in save chances over 6 appearances with a remarkable 15:1 strikeout-to-walk rate. He's back. In fact, the entire Brewers bullpen has shown mixed league value recently with the rise of Drew Pomeranz and Freddy Peralta as relievers.

-Losing Scott Oberg for the season has proven to be difficult for the Rockies to replace, but it seems Jairo Diaz is the best option to own for saves for the rest of the season. Diaz isn't anything special and we know the dangers of pitching in Coors, so don't mistake this as a slam dunk. Diaz gets a lot of ground balls and has a nice 14% swinging strike rate, so there's definitely skill here, but a pitcher in Coors is a pitcher in Coors, especially one that relies on breaking pitches for 70% of his repertoire.

-Edwin Diaz remains an option only for only owners who enjoy bouts of insanity and pain.

-The Giants bullpen has been a little banged up with Will Smith nursing a back injury and Tony Watson out for the season with a wrist injury. Jandel Gustave looks like an interesting handcuff. Smith back injury could continue to flare up the rest of the season, so Gustave deserves a look for your teams where you're desperate for save chances, although there's really nothing statistically appealing beyond the category. His 12.7% strikeout rate is awful and he doesn't generate many ground balls so eventually his batted ball traits (just a 9% soft hit rate) will catch up to him.

-Despite not getting a chance to close any games yet, Rowan Wick remains under-owned in the industry and needs to be owned as the top closing option in Chicago while Craig Kimbrel sits on the injured list.