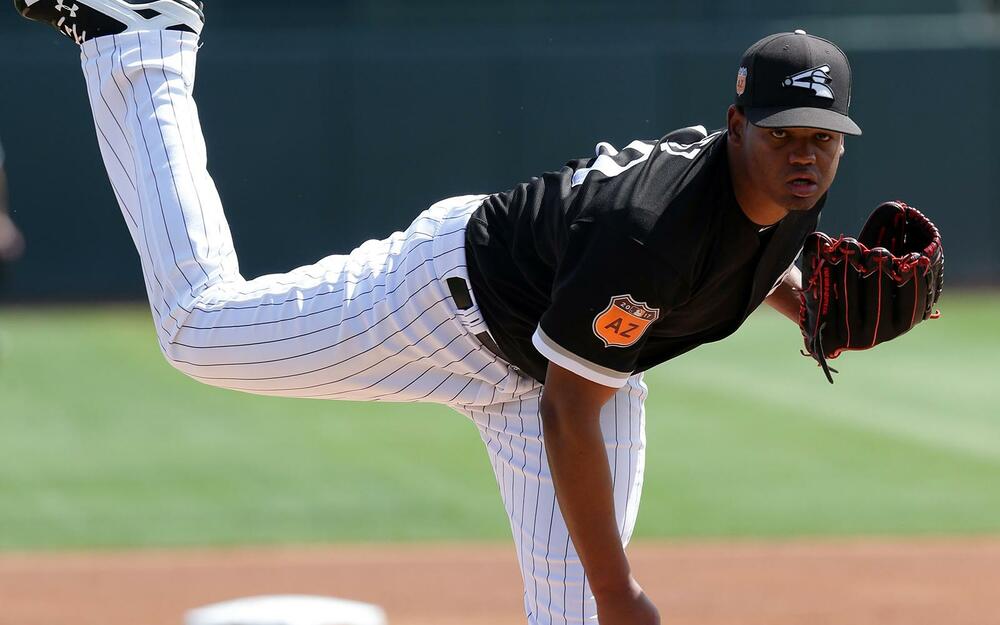 As brutal as it is to have gone up against Lopez in your fantasy playoffs, it's even worse to be the owner that benched him after his blowup at Atlanta on Saturday. If you were one of those unfortunate souls who opted for, perhaps, a two-start Sandy Alcantara over the inconsistent Lopez, you missed out on his complete game one-hitter on Thursday. Lopez allowed one run on a double and three walks but struck out 11 batters en route to his ninth win of the season. One of the explanations for the disaster in Atlanta was a noticeable dip in fastball velocity, but what's confounding is he did not regain velocity on Thursday against Cleveland. His fastball was down about a mile per hour, but he still managed to induce 11 whiffs on that pitch (also had 10 whiffs on his slider). Thursday's outing shows what Lopez is capable of. Unfortunately, so does Saturday's outing. There will be more good. There will be more bad.

Boyd was okay on Thursday, finishing with a quality start after allowing three runs in 6.1 innings. It was only the second time in his last six starts he allowed less than five runs. However, it was his first no-walk start in his last nine appearances. Yet it would be wise to limit your excitement over his non-disaster as the Royals have the lowest wRC+ against left-handed pitching in the American League. Boyd was so good in the first half of the season, and while he mightily regressed in some key areas over the last three months, he's also had some bad luck. For instance, his HR/FB rate is 23.6% which contributes to his ML-leading 36 home runs allowed. Also his strand rate dropped nearly 10% since the midway point of the season. The major area of concern is a walk rate two times the number from the first half of the season. Walks and home runs are pretty self-explanatory for why Boyd's ERA jumped two points since a strong start. His ERA to xFIP delta is 1.40 so he hasn't been quite as bad as it seems. Furthermore, his strikeout numbers are still strong. Those using Boyd in the playoffs are playing a high risk/high reward game. As for next season, take advantage of the owners who sour on Boyd after this lackluster second half. He still offers great upside.

Kepler returned to the Minnesota lineup after leaving Wednesday's game early with soreness in his upper chest. He was ineffective on Thursday, finishing hitless in four plate appearances, but that is just a blip in a season where the 26 year old showed drastic improvement. Kepler could be in a position to double his previous career high in home runs, and it's all a result of the analytics playing out. Bit by a low HR/FB rate last season, Kepler doubled that number in 2019 (no wonder he's nearly doubled his home run total). He continues to hit the ball harder while his BABIP actually continues to drag, which could mean a future bump in batting average as well. One area Kepler could improve is his spray chart. He became much more pull-heavy this season, and that's one of the reasons his BABIP and thereby his batting average are low. It's certainly added to his power numbers, but a little more spray distribution could elevate Kepler into the top-10 among outfielders.

Meadows continued his hot streak with his third home run in his last three starts, finishing Thursday's game with three hits in four at-bats, including two doubles and the long ball, his 27th of the year. Power was never Meadows' calling card as he came up as one of the Pirates' top prospects, but he is developing into a legitimate power threat. However as his barrel rate increased to 12% this season, his contact rate shot down. He is still so young and learning the game so it's perfectly conceivable Meadows could hold onto the increased power while regaining the plate discipline he exhibited at the minor league level. If those two scenarios happen, Meadows could be a five-category stud in the very near future.

The Blue Jays rookie popped a pair of home runs in Toronto's 6-4 loss at Tampa Bay. The multi-homer performance elevated his ISO over .300 and gives him 18 home runs combined between AAA and MLB. In 595 plate appearances at AA last season, Bichette only hit 11 homers, and in fact his elite stolen base acumen has yet to manifest in the big leagues. The high power numbers are unsustainable as Bichette is thriving off an elevated HR/FB rate while his high chase rate and swinging strike rate aren't hindering him as they should. Let other owners salivate over his eye-popping numbers and overdraft him. Be realistic. I fully anticipate more stolen bases in a full MLB season, but a .302 ISO is not going to continue.