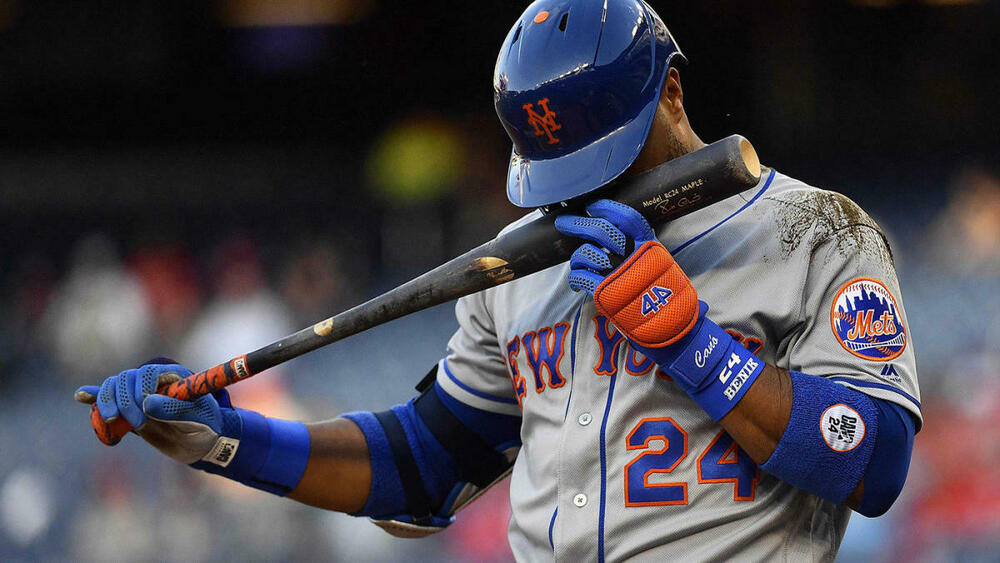 Newcomb gave up six earned runs in just 4.1 innings of work on Friday against the Mets. The southpaw surrendered a pair of homeruns and gave up six hits in the outing. After two short starts, Newcomb's stats are abysmal; he is sporting a 8.22/6.09 ERA/xFIP while striking out just 5.87 batters out per nine. The big lefty did quite well after moving to the bullpen last season, however, he hasn't shown much as a starter. As a reliever in 2019 Newcomb posted a 3.99 xFIP and 3.0 K/BB ratio in 53.1 innings. In his four starts (15.1 IP) posted a 6.80 xFIP and recorded a K/BB ratio of just .80. The Braves are desperate for starting pitching behind Max Fried and Mike Soroka, so Newcomb's place in the rotation should be safe, but he won't be fantasy relevant if he doesn't make a dramatic transformation soon.

Cano went 3 for 4 and hammered his first homer of the season on Friday night. The 37-year-old second baseman is now riding a four game hitting streak in which he is batting .615 (8 for 13). With age Cano's production has trailed off the past few seasons but it isn't impossible to think that he could put together a fantasy worthy season in 2020. Friday's homer was just Cano's second extra base hit this season, which is concerning, but his drastic improvement in his plate discipline so far this season gives us a reason to be optimistic. His 33.3% O-Swing%, 96.2% Z-Contact%, and 6.3% SwStr% this season are all significant improvements over last season's percentages (38.2%, 90.9%, 9.2%).

Moran hit his NL leading 4th home run of the season on Friday night in Chicago. The third baseman is now hitting .333 with a .517 wOBA in 26 plate appearances this season. Moran hit 24 homers, and slashed .277/.331/.419 across his first two full MLB seasons in 2018/2019, so it's going to be hard to decide when/if you should give him a go. Especially because he isn't exactly displaying a new, poised, approach at the plate as his 40.8% O-Swing%, 72.4% Z-Contact%, 70.7% Contact%, 15.4% SwStr% are all significantly worse than the percentages he had the last two seasons. He is hitting the ball well when he hits it: 0.0% Soft% and 66.7% Hard% (before yesterday's game). Those are obviously not sustainable percentages and they make me think that Moran will come back to earth sooner rather than later.

Darvish hurled six shutout innings and fanned seven Pirates on Friday night in Chicago. Darvish threw 86 pitches, gave up just two hits (both singles), and walked one in the contest. The 33-year-old hasn't posted an ERA lower than 3.86 since 2016 but his solid strikeout numbers have still impressed. He posted an 11.54 K/9 ratio over his 178.2 innings a season ago and posted a career high 13.4% SwStr%. His 3.98 ERA in 2019 wasn't particularly impressive but he pitched better than that as his 3.39 xFIP ranked 11th amongst Major League starters.

Davis hit his second home run of the season in Atlanta on Friday evening. After starting the season 0 for 8, Davis is 8 for his last 17 with two homers and six RBI. He is now riding a six game hitting streak and is toting an impressive .411 wOBA in 2020. The 27-year-old appears to be picking up right where he left off last season. Davis hit 22 dingers and slashed .307/.369/.527 during his breakout campaign season ago. Interestingly, he is still available in 20.8% of leagues.