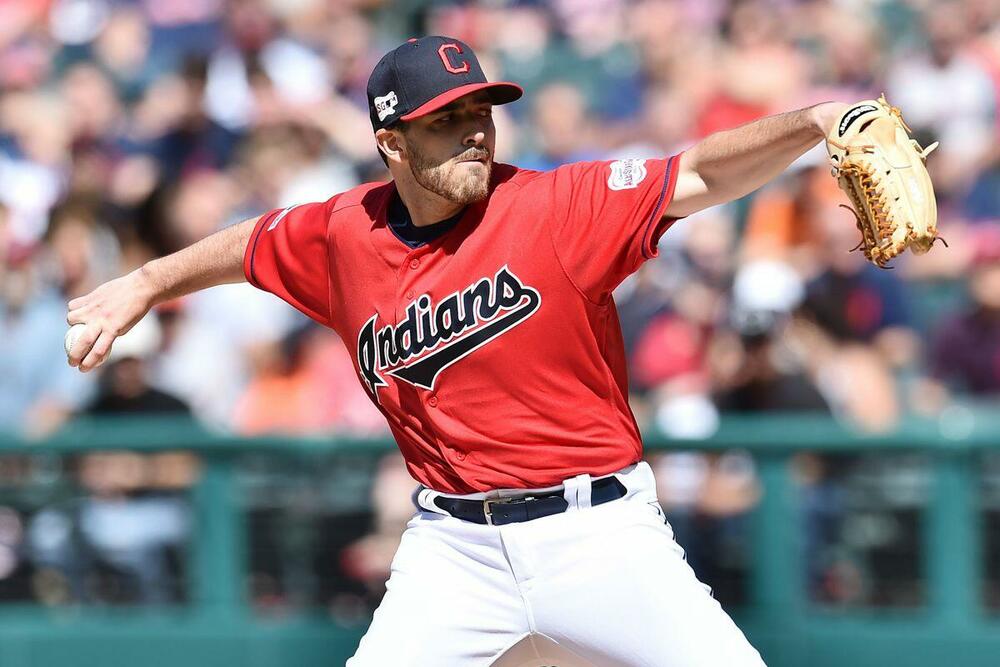 Aaron Civale (SP-CLE) tossed a complete game against the Pirates on Wednesday, giving up 1 run on 5 hits and no walks while striking out 6. The 25 year-old righty now owns a 2.91 ERA, 8.5 K/9, and 0.8 BB/9 through 5 starts (34 IP) in 2020. His 3.37 xFIP suggests that the ERA could rise a bit going forward, but Statcast indicates that he's kept hard contact to a modest 35% clip while inducing 44% grounders and raising his swinging-strike rate from just 9% last season to a more respectable 11% clip in 2020. With his modest velocity (92-mph heater), he likely won't become a strikeout artist like teammates Shane Bieber and Mike Clevinger, but he only uses that pitch 32% of the time, with a deep arsenal that includes a slider (16% usage), cutter (29%), curve (15%), and change-up (8%). Given his pedigree (he was a 3rd-round pick a few years back) and Cleveland's track record of producing useful fantasy arms in recent years, there's no reason to think Civale can't be another one.

Randal Grichuk (OF-TOR) had a huge day at the dish against the Orioles on Wednesday, finishing the contest 2-4 with 2 big flies and 3 runs driven in. The 29 year-old is having a strong 2020 overall, as he's now batting a robust .344 with 6 longballs, 15 RBI, and 12 runs scored through his first 70 PA. A career .246 hitter with a .297 BABIP to go along with it, it's an easy call to say that his average will dip as his .364 BABIP is unsustainable. It's certainly encouraging that his current strikeout rate (20%) is significantly lower than his 28% career clip while he seems more willing to take a walk than in the past (9% in 2020, 6% career). Also a good sign is the 41% hard-hit rate per Statcast, which is up from last season's 39% and not far off his 43% career rate. While Grichuk's 33% flyball rate is well below average for him (43% career), he's mostly shifted those to liners, as that clip is up 7% above his career average to 26%. Ultimately, we knew that Grichuk had some pop, so the average is the surprise - and it will certainly dip toward his career average - he hasn't finished a season north of .245 since he was with St. Louis back in 2015.

Alex Verdugo (OF-BOS) went 1-3 with a 2B a pair of walks, 2 runs scored, and a stolen base against the Phillies on Wednesday. The 24 year-old has begun to settle in with his new club, as he's now hitting .284 with 5 homers, 9 RBI, 13 runs scored, and a pair of stolen bases through his first 90 PA of the campaign. Hitting atop the Boston lineup, he's drawn walks at a 9% clip (7% career), although with two more whiffs in Wednesday's game he's now fanned in 22% of PA this season - his career strikeout rate is just 15%. Interestingly, Statcast shows that he's posted just a 28% hard-hit rate in 2020 (35% career) while averaging just 84mph in exit velocity (88 career). Verdugo has, in fact, been an extreme groundball hitter so far this season with a 60% groundball rate (53% career) while his 31% HR/FB (16% career) seems due for significant regression. Verdugo was always touted as a contact-oriented prospect with a little pop, so it wouldn't be at all surprising if his average stays solid while he hits fewer over the fence going forward.

Brad Keller (SP-KC) made another strong start, this time tossing 6.2 scoreless innings against the Reds in which he scattered 3 hits and 3 walks while striking out 5. Entering the contest, the 25 year-old righty had thrown 11 scoreless innings (2 starts) to open the year, with a 0.91 WHIP, 8.2 K/9, and 4.1 BB/9. The BB/9 is fairly representative of what he's done in the past (3.6 career), but the K/9 is a significant jump up from his pedestrian 6.5 career clip. Unsurprisingly, Keller's xFIP - 4.19 - indicates that there will be some correction to the mean during the weeks ahead, as a 100% strand rate (75% career) and .190 BABIP (.285 career) are unsustainable. He is essentially a two-offering pitcher, as he utilizes his 93-mph heater on 59% of pitches and his 86-mph slider on 36% of offerings. That means he deploys his 90-mph change-up just over 5% of the time. While Keller's 10% swinging-strike rate is nothing to write home about, he's done a tremendous job of limiting hard contact (23% per Statcast). It's certainly wise to ride the hot hand in this abbreviated season, so it's not the worst idea in the world to use Keller so long as he remains on fire. He is lined up for a start on the road against the Cardinals early next week.