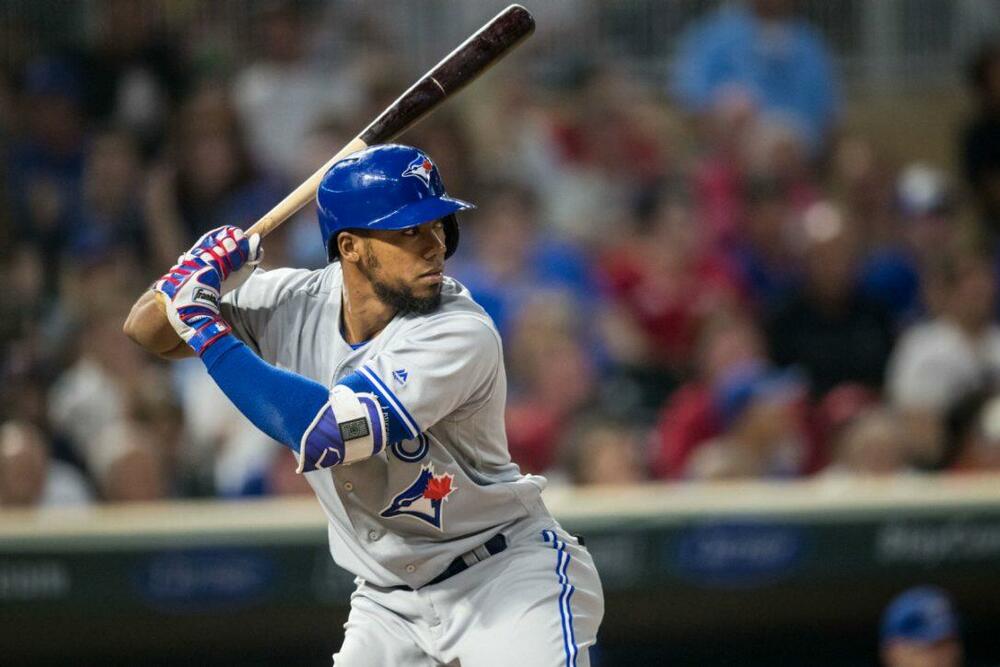 Hernandez went 1 for 5 with 2 RBIs. After slugging 20+ home runs in each of the past 2 seasons with a average in the .230s Hernandez will most likely garner some MVP votes in 2020 as he has put together a robust .294/.342/.588 line as Hernandez is among the league leader in most major offensive categories. He has eye popping power numbers across the board (18% barrel rate, 94% exit velo, 54% hard-hit rate) which have led to his 16 home run season in just 49 games. If that wasn't enough he has also chipped in 6 stolen bases. Hernandez most likely led many fantasy teams to victory in a shortened 2020.

Cease struggled in his final regular season start, allowing 5 ER on 5 hits (3 HR) over 4 and 2/3 IP, while striking out 5. While he was able to turn in a respectable 4.01 ERA and grab 5 wins the underlying number show cause for concern. Despite a blazing fastball averaging 97mph Cease was not able to capitalize on punchouts, as his 6.54 K/9 is concerning, and a steep drop off from a year ago when he had a 9.99 mark over 14 starts. His 39% groundball rate was well below the 45%+ mark he put up last and across the minor leagues and a 81% strand rate while impressive, combined with these factors gives him a more accurate 5.93 xfip. Perhaps a regular offseason and spring training will help him right the ship as the 24-year-old will most likely get some action in the postseason.

Arozarena went 2 for 5 with a run and a SB Friday. Encase you haven't been following he has quietly put together a .288/.368/.678 line with 7 home runs and 4 stolen bases in 68 plate appearances. While the plate discipline (6% walk, 25% K Rate) leaves room for improvement it is hard to argue his pure power (.407 ISO). It is such a small sample size but his HR/FB rate is nearly 50%; I would love to see how his power plays out over a full season. It is worth noting he put-up double-digit HR/SB in 3 straight minor league seasons and he will be an intriguing name to watch in spring draft boards.

Phillips had a big day at the dish going 2 for 2 with 2 walks and a HR. Acquired from the Royals at the trade deadline, Phillips has played sparingly collecting just 1 hit in 15 at bats with Tampa - although he has drawn 3 walks and stolen 3 bases for his new club. Phillips has had trouble making contact at times in the minors but did have 3 straight seasons of double digits home runs and stolen bases. At the major league level, he has bounced around, picking up just 376 PAs over 150 games throughout 4 major league seasons and had a career .199 average with a 35% K rate entering play Friday. He hasn't gotten a chance to regularly play, and most likely would be part of a moving player pool if he stayed with Tampa next year.

Mondesi stuffed the stat sheet again Friday going 3-3 with a walk, double, triple and 2 stolen bases. Mondesi sat with a .179/.209/.231 line on September 3 line but has been white-hit since then getting his batting average all the way up to .241. Anyone that stuck with Mondesi through is struggles is being handsomely rewarded, as he has 9 extra base hits and a whopping 16 stolen bases in the month of September. He still has a 31% K rate and a well-below league average 62 wrc+, but his elite speed is worth the roster spot alone.