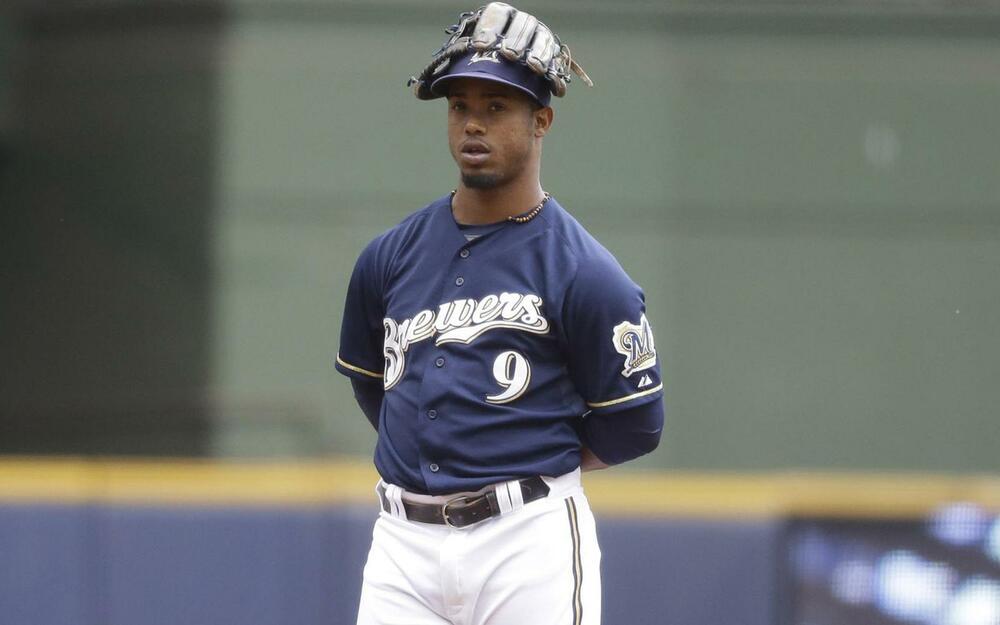 Arcia went 1-for-3 with a double against the Reds on Wednesday. I wrote about Arcia and his silent breakout on offense two weeks ago, and he's worth revisiting before the end of the season. Arcia's results have been unimpressive this season as he left Wednesday's game with a .676 OPS, but it's come with a career-high .378 xwOBAcon and career-lows in his swinging-strike (9%) and strikeout (18%) rates. As a result, Arica's .282 xBA and .417 xSLG both dwarf his previous career bests. Power has been a major factor in Arcia's underlying improvements with the 26-year-old following up last season's mini power surge with a career-high 36% hard-hit rate, and his extended power improvements are encouraging. The production isn't here for Arcia yet, but his .275 BABIP, 7.3% HR:FB ratio, and xstats all suggest that he's suffered from a significant amount of bad luck this year, and he's a breakout candidate to watch coming into next season.

Hosmer homered as part of a two-hit game against the Angels on Wednesady. Wednesday was another strong performance in what has been an unusually productive season at the plate for Hosmer, as the 30-year-old took a .830 OPS into Wednesday's game. Generally a ground-ball heavy hitter, Hosmer has nearly quadrupled his average launch angle this season to 8.1 degrees, cutting his ground-ball rate down 10 points from last season to a career-low 46% this year. Encouragingly, those ground balls haven't really turned into pop-ups (5.7% IFFB%), and his 95 mph average exit velocity on fly-balls and line drives remains solid. The result of Hosmer's launch angle adjustment is that he's posted career highs in his extra-base hit (9.9%) and home run (5.7%) rates, as well as a career-high .504 slugging percentage and .550 xSLG. It's important to note, however, that Hosmer has done this before. Hosmer enjoyed a similar stretch in the middle of the 2017 season, after which his average launch angle tanked and his ground-ball rate climbed. Concerningly, Hosmer's average launch angle is already beginning to fall this year, even as he's played in only 35 games. Fantasy managers should be cautious in expecting Hosmer to maintain his strong 2020 performance next season as a result, and it seems more likely than not that his OPS will fall back towards .750 next year.

Martinez struggled on Wednesday, allowing eight runs over five innings against the Royals. Martinez came into the 2020 season hoping to build off of a strong 2019 that saw him post a 3.17 ERA with a career-high 26.5% strikeout rate and 17.5% K-BB%, but he wound up back in the Saint Louis rotation and posted an ugly 9.90 ERA over five starts. Unsurprisingly, Martinez has seen a sharp three mph decrease in his average fastball velocity from last season, but that hasn't been his primary issue this year with a swinging-strike rate (9%) and xwOBA (.364) mostly in line with last season's marks. Instead, Martinez's slider has been the main contributor to his struggles. Martinez's slider has seen its swinging-strike rate tank from 19% last season to 12% this season, and its xwOBA is up 128 points at .328. It's not clear if Martinez's move back into the rotation has affected his slider's performance, but the move probably didn't help, and the pitch's velocity is down 1.4 mph on average this season. Martinez should only be a factor for fantasy managers if he moves back to the bullpen next season, but a repeat of his 2019 success isn't out of the question in that case.

Segura went 2-for-4 and struck out twice against the Nationals on Wednesday. Segura is in the midst of a solid season at the plate, and the 30-year-old took a .797 OPS into Wednesday's game that would be his highest mark for a season since his breakout in 2016. Importantly, Segura's production with a power surge, and he looks like an entirely new hitter this year. The first aspect of Segura's performance to note is his launch angle: at 11.5 degrees, Segura's average launch angle is up more than four degrees from last season and over eight degrees for the first time since before Statcast began tracking the metric in 2015. That's resulted in a career-low 47.8% ground-ball rate for Segura this season, and his non-ground-balls have been more productive than ever. To that end, Segura's hard-hit rate is up eight points from last season at 41%, and a big part of that increase is tied to a three mph increase in his average exit velocity on fly-balls and line-drives to 93.5 mph this season. Segura's decreased ground-ball rate and elevated power might explain his career-worst 9.9% swinging-strike rate, as the middle infielder may be taking more frequent all-or-nothing style swings than he had in the past. 51 games probably aren't enough to say that Segura's power bump will stick into next season, but the magnitude and variety of changes in Segura's performance suggest that his power surge is legitimate. Segura may well post an OPS near or above .800 again next season as a result, and fantasy managers should largely buy his power breakout.

Freeman went 1-for-5 with a double and a trio of hard-hit balls against the Marlins on Wednesday. When a player with a career .295/.382/.508 slash line enjoys a career season at the plate, it vaults him into MVP contention. That's what's happened to Freddie Freeman this season, and the 31-year-old took a remarkable .340/.460/.624 slash line into Wednesday's game. Freeman leads the league in xwOBA with a .468 mark that would have ranked first among all qualified batters last season too, and his .687 xSLG and .348 xBA both rank in the top-five of qualified batters this year. There's not even anything remotely significant to nitpick about Freeman's performance this season, as he's improved his underlying power, contact, and plate discipline numbers to support his decreased strikeout rate, increased walk rate, and improved contact quality. It's unrealistic to expect Freeman's performance to continue at this level, but he's one of the best fantasy players at any position and should be the consensus top first baseman in fantasy coming into next season.