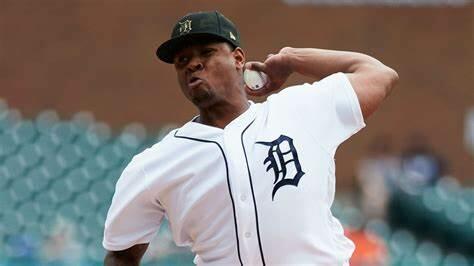 Buckle up, folks! The 2021 closer carousel has officially begun and it's not even April! From injuries to position battles, Spring Training has revealed just how fragile many of the closing situations are amongst most of the league. For fantasy purposes, gone are the days where two closers are expected and three to four closers are a luxury. At this point, having two full-time closers on your roster is a feat to be celebrated. More and more teams are moving towards bullpens-by-committee, which in many cases is the right baseball move, but it's infuriating for fantasy players trying to speculate where the next save chance might come. Let's get you caught up on a few situations around the league where the closing situations are a little more fluid and then we'll finish our first column of the year with some non-closer heavy relievers to target in drafts.

The Rays lost top reliever Nick Anderson for at least half the season with a partially torn elbow ligament. The Rays were unlikely to give him the closing job outright, but his loss is a big blow to the overall stability of their bullpen and will likely result in a highly turbulent situation for fantasy owners. Peter Fairbanks and Diego Castillo will likely each see save opportunities during the first half of 2021, with Fairbanks the logical one to see a higher volume since he's a right-hander and Castillo is a lefty. Fairbanks is a promising righty with absolutely electric stuff, but he has struggled to stay healthy during his career and at times and had difficulty with walks (12% walk rate in 2020). That's not an ideal combination if stability in the 9th inning is the goal, so tread carefully with investment cost here.

With Drew Pomeranz dealing with tightness and inflammation in his arm, Emilio Pagan and Mark Melancon are the two primary options to close games for the Padres to begin the season. Both pitchers have prior closing experience, but Pagan has the more electric arm and would have a greater fantasy value if he were able to run away with the job - which sounds like manager Jayce Tingler does prefer over a committee approach. With draft season winding down, Pagan should have a slight priority on your draft board over Mark Melancon.

Jose LeClerc is expecting to miss significant time with an elbow injury, leaving Matt Bush and Ian Kennedy as the two best closing options for the Rangers. Bush seems to have the upper hand at the moment (although he was roughed up on Thursday night), but this situation is far from settled. Bush hasn't pitched since 2018 and has a long history of off-the-field concerns, while Ian Kennedy struggled mightily in 2020 after being one of the better bargain closers in 2019. Ultimately, this situation is probably best avoided, but if you had to make a decision, it's truly a coin flip at this point. Kennedy might be the safer option, but Bush has a tick more upside.

The Orioles lost would-be closer Hunter Harvey to an oblique strain and he could miss the first several weeks of the season. Cesar Valdez or Tanner Scott could fill the role while Harvey is recovering Scott has tremendous strikeout upside (career 15% SwStr%), but he has struggled with his control and home runs in his three year career. Valdez spent much of his career in the Mexican League and was in the process of being stretched out as a long reliver when the news came out about Harvey. This is another situation to ultimately try to avoid.

Newly signed Kirby Yates is going to undergo Tommy John surgery and will miss the 2021 season. Jordano Romano is the logical next man up for Toronto, although it's important to recognize that manager Charlie Montoyo isn't planning on naming a dedicated closer. As a result, other pitchers like Rafael Dolis or David Phelps could also save some games, but Romano is the best arm in the Blue Jays bullpen currently and he should be the primary option being chased. Romano possesses the elusive heavy groundball tendencies (58%) paired with an elite strikeout rate (38%) that we've seen from so many of our top closers over the last decade (think Zack Britton). Assuming Romano continues to find effectiveness with his new slider (developed last year), there's plenty to get excited about here.

Gregory Soto has looked excellent this spring - averaging close to 100 MPH on his fastball - and appears to be the first chair for saves in Detroit this season. Soto's sinker/slider combo is particularly difficult for hitters to handle because there's a 10 MPH different between the two pitches, keeping hitters off balance. If Soto is able to maintain his added velocity (2-3 MPH higher this spring) into the regular season, this velocity differential will only grow even more impactful. Meanwhile, Bryan Garcia, the reliever in the second chair, continues to struggle this spring and is giving very little competition to Soto running away with the job.

No one will argue that James Karinchak has one of the best arms in baseball, the question has always been whether or not he can control it. As we creep closer to Opening Day, doubts are rising whether Karinchak's walk issues will impact his ability to consistently close out games. During the spring, the Indians closer has thrown 9 innings, struck out 18, but walked 7. Right now, he's safe, but handcuffing Nick Wittgren might not be the worst idea.

As baseball shifts from traditional closers to bullpens-by-committee, it's more important than ever to stay on top of the waiver wire and be proactive by owning the quality handcuffs across the league. The players on the list below are pitchers that boast strong underlying performance metrics, but they don't currently have a line of sight to consistent saves. In other words, they don't have save chances now, they'll still be able to produce favorably for your fantasy team.