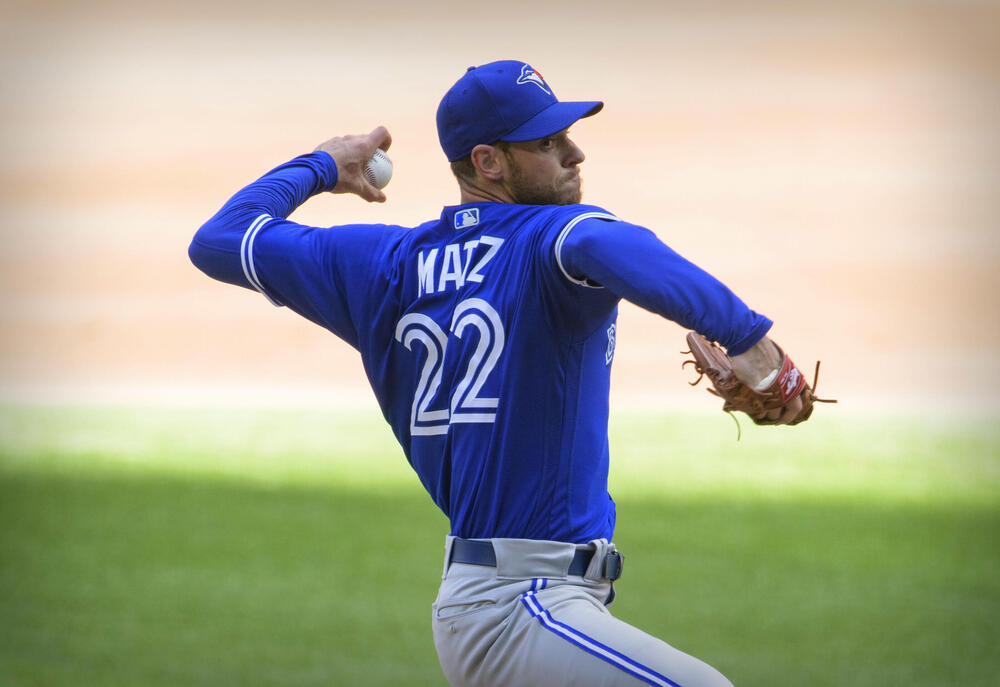 Tyler Glasnow (SP-TB) tossed 5 effective but inefficient innings against the Yankees on Saturday, as he gave up 1 run on 2 hits and 4 walks while striking out 7. He threw just 62 of his 105 pitches for strikes. The 27 year-old now owns a stellar 0.73 ERA on the year to go along with a 13.1 K/9, and 2.6 BB/9 through his first 4 starts (24.2 IP). Saturday's outing was just the first in which he failed to log a quality start, which illustrates just how dominant he has been. With an elite 18.5% swinging strike rate fueled by a 97-mph average heater and a nice 88-mph slider and 84-mph curveball combo, Glasnow is among baseball's finest pitchers. Sure, his ERA will naturally rise as his 88% strand rate and .191 BABIP correct to the mean and he inevitably begins to give up some homers (none to date), but the biggest concern with Glasnow will be whether he can give his fantasy owners a full season of production - he's never tossed more than 111.2 innings since making his MLB debut back in 2016. He lines up for a start at home against Toronto next week.

Jordan Montgomery (SP-NYY) allowed 4 runs on just 2 hits and 2 walks while fanning 7 over 6 innings of work against the Rays on Saturday. He tossed 54 of his 86 pitches for strikes while surrendering a pair of longballs. The 28 year-old has been solid through his first 3 starts of the 2021 campaign, as he now owns a 3.71 ERA, 9.5 K/9, and 2.1 BB/9 over 17 innings. His xFIP is identical to his ERA at 3.71, although it's worth noting that his HR/FB is inflated at 25% while opposing batters have logged just a .179 BABIP against him and he has stranded runners at an 88% clip. In many ways, this small sample represents a continuation of what Montgomery did over 10 starts (44 innings) last season, when he finished the campaign with a 3.65 xFIP, 9.6 K/9, and a 1.8 BB/9; his 5.11 ERA was unlucky thanks to a low 65% strand rate and slightly inflated BABIP (.320). He lines up for a start on the road in Cleveland next week and given his success over his past dozen starts as a whole, I think you have to run him out there against an offense that has largely struggled so far in 2021.

Giancarlo Stanton (OF-NYY) went 0-4 with 3 strikeouts against the Rays on Saturday. The 31 year-old is scuffling to begin the 2021 campaign, as he now owns a .167 average to go along with 2 homers and 11 RBI through his first 51 plate appearances. His strikeout rate (31%) is just slightly above his career average (28%) while his 6% walk rate (12% career) indicates that he may be pressing a bit at the dish. Statcast shows a 58% hard-hit rate, so that definitely isn't an issue. But a 61% groundball rate and 3% liner rate are definitely uncharacteristic (18% and 42% career averages, respectively). It's not quite time to push the panic button, as Stanton can be a monster so long as he's healthy. But given that he hasn't logged more than 100 PA since 2018 might make one fairly wonder about what he can do after sitting on the bench more often than not the last two years.

Francisco Mejia (C-TB) went 2-4 with a homer, a 2B, and 2 RBI against the Yankees on Saturday. The 25 year-old has seen limited action so far in 2021, as he is now batting .333 with 2 2B, a homer, 2 runs scored and 5 RBI through 28 PA. Encouragingly, he has fanned just once while drawing a pair of walks; his career strikeout rate is 23%. Statcast, however, showed just a 19% hard-hit rate entering Saturday's action to go along with his 93% contact rate. After washing out with San Diego with a 2020 campaign in which he logged just 42 PA in which he batted .077 with a single big fly, Mejia is showing some signs of life in Tampa. Given his history as a heralded prospect based on his plus hitting ability and averageish power, you should keep an eye on him.