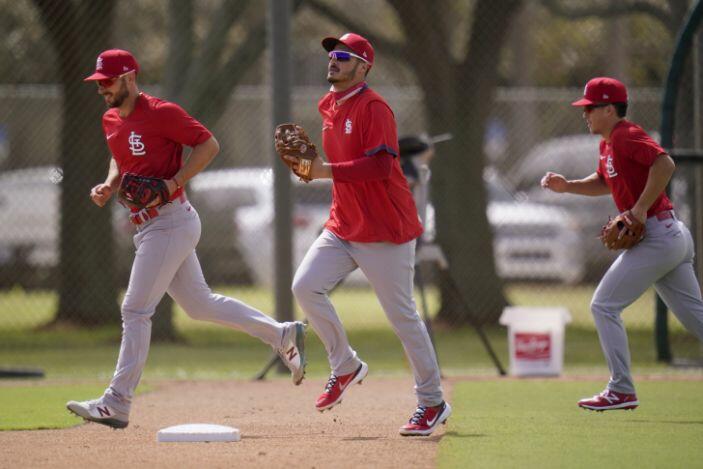 Tommy Edman was 2-4 with 2 HR (4), 2 R, and 2 RBI against the White Sox. Edman is hitting .275 with 4 HR, 25 R, 14 RBI, and 9 SB. He has been a true five-category contributor atop the Cardinals lineup. He is showing excellent plate skills with an above-average strikeout rate (10% K) and a respectable walk rate (6% BB). The good news is that he is healthy which is evident through his career-high 34% Hard and 112.9 maxEV. Edman's power is not going to be anything to write home about but at this point, he is tracking towards double-digit home runs and 20+ SB which would be extremely valuable in today's environment.

Ian Happ was 0-3 with 2 BB against the Pirates. The overall numbers are not great for Happ (.208/.327/.384) but he has been great in the month of May. He has hit .340 with 5 HR, 10 R, 10 RBI, and 1 SB. He is still striking out too much (30% K) but that was always going to be part of his game. He is hitting the ball hard (38% Hard) and on a line (21% LD) which is good to see after such a rough start. On the year, he has excellent batted ball stats (51% Hard and 12% Barrels) so success is going to come. His profile has a lot of variability to it given his strikeout rate but also has a good eye (12% BB). Good contact and a good eye will keep him in the lineup and his end-of-season stats should be there for roto leagues. The concern is for head-to-head leagues in which Happ is going to be more feast and famine. The good news is that he is performing right now.

Nolan Arenado was 1-4 with 1 R against the White Sox. He is now hitting .288 with 10 HR, 27 R, 32 RBI, and 0 SB. Anytime a player leaves Coors Field there is a huge debate about how they will fair. Arenado is showing similar power numbers which is backed up by the quality of contact numbers (110.6 maxEV, 40% Hard, and 9% Barrels). His plate skills are also elite with 13% K and 7% BB. The area that Arenado is going to see the biggest drawback is going to be in the counting categories. Coors Field boosts offense not necessarily home runs and St. Louis is not offensively friendly. The Cardinals offense is in the bottom half of the league (93wRC+) which will also hurt his counting stats. He is still an above-average fantasy player but without steals, he is no longer a first or second-round player and that is okay.

John Gant went 5 IP and gave up 0 ER on 5 H, 3 BB, and 3 K's against the White Sox. Gant has a 1.81 ERA and 1.57 WHIP through nine starts. The ERA looks great but the underlying skills don't support it at all. He has a below-average strikeout rate (18% K) and walk rate (16% BB). His 5.63 SIERA gives an indication of how bad things could have been given his skills. His velocity is also down from 2019 and 2020 which could be a result of primarily starting as opposed to the bullpen but it is still an alarming trend. Averaging 91 mph from the right side without elite command is a major problem going forward. Gant is someone to stream in the right matchup and he gets two tough matchups against the Dodgers and Reds.

Aaron Nola went 6 IP and gave up 1 ER on 2 H, 3 BB, and 6 K's against the Marlins. Through eleven starts Nola has a 3.72 ERA and 1.10 WHIP. The skills are elite with 29% K and 4% BB. His 3.18 SIERA is in line with what you expected coming into the season making him a top-tier starter. Nola is doing a good job of getting ahead of hitters (66% F-strike) and then putting them away with either whiffs or called strikes (31% CSW). The one interesting statistic for Nola is the drop in groundball rate from a career rate over 50% to 41% GB this year. He's made a slight change to his pitch mix by throwing a cutter this year and the location of his fastball is now at the top of the zone as opposed to the corners and lower half. This is not necessarily a bad thing because it could result in more strikeouts and his underlying skills are still great despite an ERA closer to four. A start in Cincinnati is not the greatest but Nola is a must-start regardless.