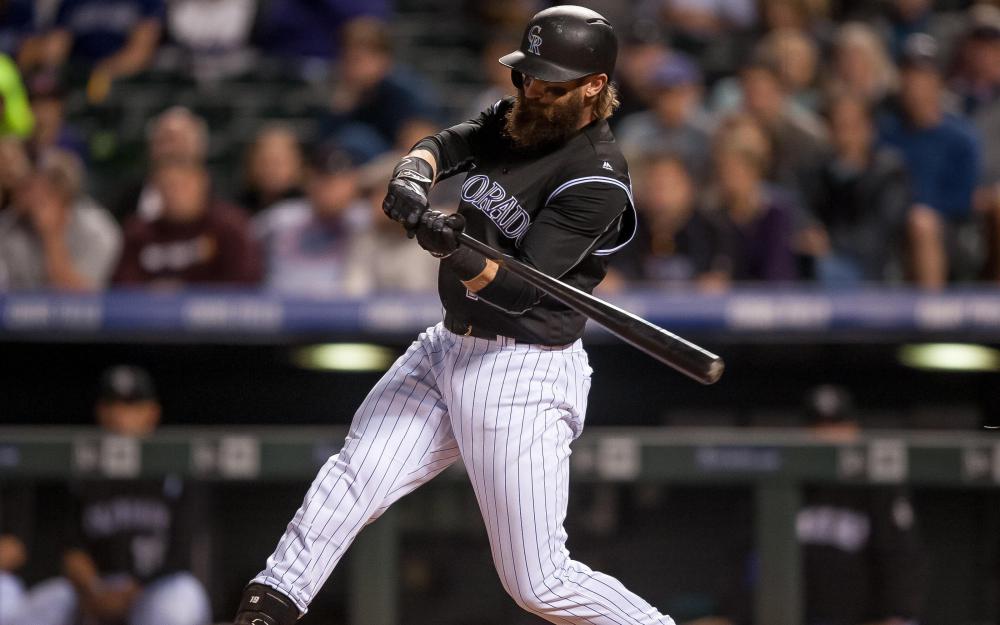 Mookie Betts was 2-4 with an HR (6), 2 R, 1 RBI, and a stolen base (6) against the Pirates. Betts has been a disappointment to fantasy owners given his .255 AVG and 6 HR. The good news is that the plate skills are still there (15% K and 12% BB) and he is hitting the ball hard (39% Hard). The concern is that he is playing with minor injuries because he has missed multiple games this year with various injuries and his maxEV (107.9 mph) is off from his previous years which could be a sign of injury. Despite all of this he still has a 125 wRC+ which means he has been 25% better than the league average hitter. Betts will be fine going forward and fantasy managers will benefit from an insane hot stretch at some point this year. Most likely, when he gets healthy and today he looked great at the plate, in the field, and on the basepaths.

Ian Anderson went 7 IP and gave up 0 ER on 4 H, 1 BB, and 4 K's against the Phillies. Anderson hasn't pitched as well as he did in the shortened season but he has still been very effective (3.26 ERA and 1.18 WHIP). He continues to show the ability to miss bats (26% K) which in combination with 53% GB makes his 10% walk rate palatable. Anderson also does a nice job of keeping the ball in the park (0.81 HR/9) and has throughout his professional career. He may not have the upside of an elite start despite his performance last year but Anderson is an above-average starter. His 3.86 SIERA gives a good indication of a realistic expectation for Anderson. Next week proposes a tough dilemma for fantasy managers because Anderson only has one start and it's against the Red Sox. He has been good enough to start him in this matchup if there are no better alternatives but it is a tough matchup.

Freddy Peralta went 4 IP and gave up 1 ER on 2 H, 2 BB, and 6 K's against the Reds. A rain delay kept him from going deeper in the game long enough to qualify for the win. Peralta has been one of the best pitchers in the league to start the year outside of his two teammates (Woodruff and Burnes). He has a 2.25 ERA and 0.88 WHIP through twelve starts. Peralta has an elite strikeout rate (37% K) which is fully backed up by his swinging strike rate (16% SwStr) and called strikes plus whiffs (32% CSW). The one blemish is his walk rate (11% BB) but that is manageable given his ability to miss bats. He's been successful by leaning into his slider more and his fastball less. The good news long-term is that he has also developed a third pitch this year (CH) that he can use against left-handed batters. Peralta hasn't thrown more than 85 IP at the major league level and he is quickly approaching that but it isn't something to be concerned about because you just ride him out for as long as he can go. He is slated for a two-start week with a matchup at home against the Reds and then in Coors Field at the end of the week. Despite the Coors start, he still needs to be in your lineup.

Ozzie Albies was 0-3 with a walk against the Phillies. Albies has picked it up of late (.438 AVG with 0 HR/2B in June) to raise his season average to .258 with 9 HR, 36 R, 37 RBI, and 5 SB. Everything has been there except for the batting average to start the year. Albies is displaying his trademark above-average plate skills (16% K and 9% BB) to go along with career highs in Hardhit% (37%) and Barrel% (11%). The other factor to consider is that Marcell Ozuna out, Albies has been hitting third with Acuna and Freeman in front of him which means he should accumulate a ton of counting stats boosting his overall value. He is tracking towards a 25 HR/15 SB season with the counting categories to be a true five-category stud.

Charlie Blackmon was 1-2 against the Marlins and was lifted early due to the blowout. Blackmon has raised his batting average to .280 with 4 HR, 25 R, 33 RBI, and 0 SB. He started off the year hitting .184 in April and hit .310 in May followed by .419 so far this month. Even with this hot streak, he is still leaving a lot to be desired from a fantasy perspective. His power production has been almost non-existent for someone who was supposed to hit for power and average. Blackmon's .135 ISO is very similar to the .145 ISO from a year ago. The difference this year is that he is once again hitting the ball hard (45% Hard) and at the right angles (7% Barrels). A spike in his groundball rate (48% GB) is concerning for someone turning 35 years old next month and in what is typically the decline phase of a player's career. He has the skills (13% K and 11% BB) to be an above-average hitter (110 wRC+) but not necessarily return the value that we expected coming into the year.