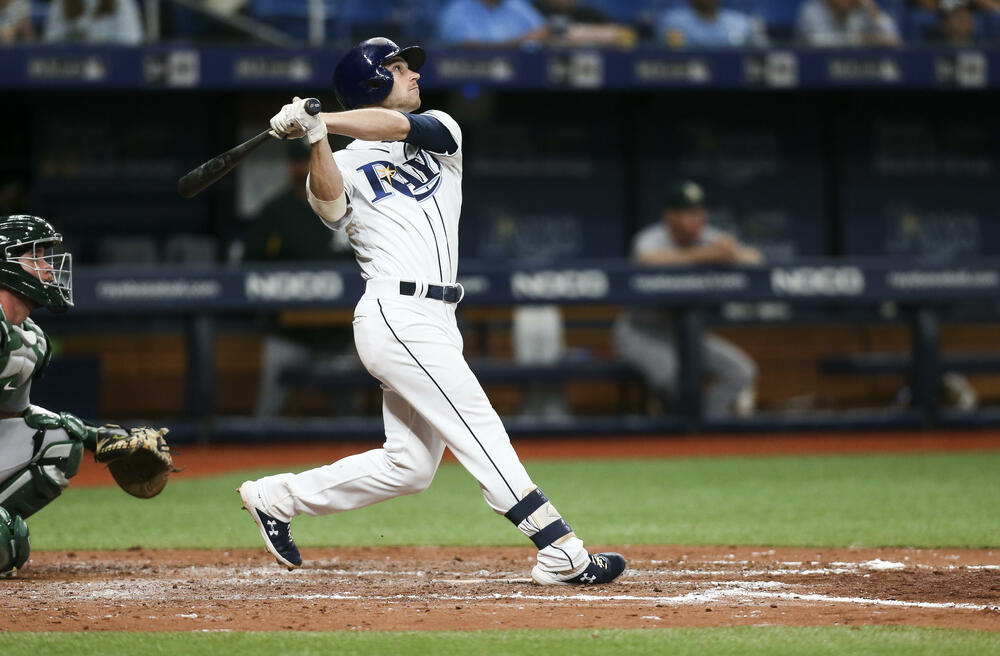 Lowe has struggled for much of the 2021 campaign but has caught fire as of late. Since June 23rd, he is hitting .300 with eight homers and is leading the league with a 1.228 OPS. Lowe has controlled his approach at the plate this month, and it's paying dividends. Before July 1st, his O-Swing% was 34.6% leading to a hefty 31.6% K%; since the start of July, those numbers have vastly improved: 23.8% O-Swing% and 25.0% K%. Another critical area that Lowe has improved in this month is his production off of left-handed pitching. Through June, the 27-year-old hit .105 with seven walks and 40 strikeouts against LHP. This month, he is hitting .385 (5-13) with four walks and three strikeouts. Lowe's overall slash line still leaves much to be desired (.218/.333/.464), but he is certainly trending in the right direction.

Peralta's return to the majors has extended to his surprising return to fantasy baseball relevancy. A bevy of injuries to the Tigers pitching staff allowed the 32-year-old to get a call-up and a chance to prove himself worthy of a spot in the rotation. Peralta has undoubtedly earned his way thus far with a 3-1 record and 1.64 ERA through six starts this season. He has only given up an earned run in two of the six starts and is coming off a 7.0 inning shutout performance against the Twins. Peralta is available in over half of ESPN leagues right now (47.0%), and though he is probably one of the best FA options amongst starting pitchers, there is plenty of uncertainty. He doesn't rack up the Ks (5.45 K/9), so unsurprisingly, the advanced metrics don't like him (4.5 xFIP, 4.77 SIERA), and his current 42.6% Hard% isn't too encouraging.

Fletcher has improved with each passing month of the 2021 season. His wOBA and OPS have both gone up every month and currently sit at an incredible .457 and 1.067, respectively, in July. In addition, since the start of the month, Fletcher has collected three more hits (29) than anyone else in the majors. The 27-year-old's steady improvement in production coincides with an improved Hard%. Fletcher has upped his Hard% each month since the start of the year, from 10.4% in Mar/Apr to 21.3% in July. Once again, he is proving to be a premier contact hitter that doesn't do much by way of power. He is currently slashing .314/.340/.394 with two homers (both coming in July) and five stolen bases.

Flexen has been a consistent and reliable, though unexciting, starting pitcher in 2021. However, despite having a 9-4 record and solid 3.35 ERA in 104.2 innings, he is still owned in just 65.1% of ESPN leagues. He lacks strikeout prowess (5.68 K/9), but he is stingy with walks (1.89 BB/9) and has only given up more than three runs in four of his 18 starts. His below-average CSW% and 4.6 xFIP don't impress, but consistent starters are hard to come by, so he is certainly worth consideration if he is still available in your league.