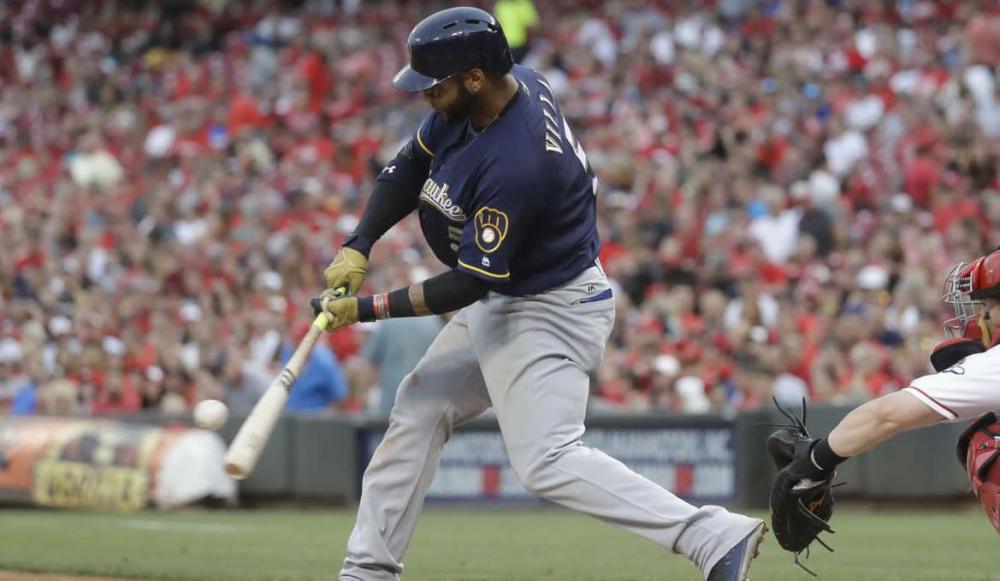 Paul Goldschmidt- 1B- STL- Hot-Goldschmidt went 0-for-2 snapping his 16-game hitting streak. However, he walked twice, which kept him with a string of 19 games reaching safely. He has gone 26-fir73 in this stretch, walking 11 times, slugging 5 homers, scoring 13 times and knocking in 14. Goldschmidt has a career BABIP of .346 and with it only up to .308 there is still room for plenty of positive regression to come.

Brad Hand- RP- WAS- FYI- Hand has continued to pitch well, despite not putting up overwhelming numbers. He has 20 saves, which is solid, as is his 2.63 ERA. However, that ERA has gotten some help from luck, as his FIP is 3.95. that is an improvement over where it was a month ago. Hand's K/9 of 8.78 and BB/9 of 3.51 are not elite closer numbers. He may be showing some signs of wearing down. Hand has been scored on in 3 of his last 6 appearances. He had not given up a run in his 9 games before that. In his career Hand has a 3.82 ERA in the second half and 3.36 in the first half. His FIP also tends to rise, from 3.40 to 4.03. Hand's K/9 numbers also trend downward, from 9.79 to 8.58. He looks like someone to not count on for as good a contribution as the season winds down.

Tyler Mahle- P- CIN- Cold- Mahle hasn't picked up a win in his last 5 starts. He has only been tagged with one loss in that stretch, however. Mahle has still be striking out batters, racking up 36 Ks in 26.1 IP. However, he has also walked 16 and has given up 16 ERs with a WHIP of 1.56. Mahle's ERA for the season has risen from 3.39 to 3.93. This kind of clod stretch is not unknown for Mahle, who finished 2020 with a 3.59 ERA, even with a stretch where he gave up 8 ERs and 7 BBs in 13 IP across 3 starts. For now, look for Mahle to bounce back soon and end up with decent production.

Blake Snell- P- SD- Hot- Snell has the capability to show flashes of the performances that garnered him a Cy Young Award in 2018. One such outing was last night. Snell gave hup 1 run in 6 IP, allowing 3 hits, walking 3, and striking out 8. It was the third time he lasted at least 6 IP this season (in 18 starts) and each time he has done so he has collected a quality start. Even as he has kept up a strong strikeout pace (11.65 K/9), Snell has had control problems, even last night. The 3 walks allowed give him a total of 19 BBs in 2.1 IP across his last 6 starts. In his previous quality starts Snell only walked one batter in each. Last night only 54 of his 92 pitches were strikes. It was a positive outing, but not one to inspire strong confidence that Snell has regained his form.