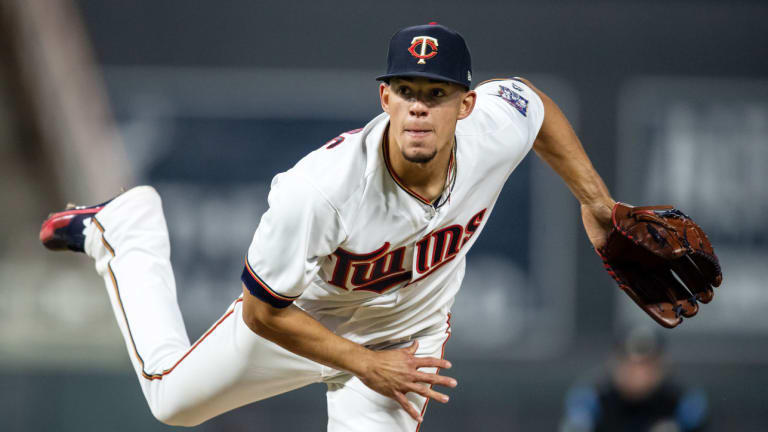 With the Tradeline Passed, Lets take a look at some moves happening across the American League:

The Twins Traded Berrios to the Blue Jays Friday Afternoon for a pair of Prospects. Berrios has put together a strong season despite how underperforming the Twins have been pitching to a career low 3.48 ERA with a solid 9.3 K/9 and 2.4 BB/9. His 3.57 fip is right in line with his ERA as Berrios has also generated a career high number of groundballs (43%). While his FB velocity of around 94 mph is around the same as last year, he has added additional RPMs to his fastball from 2192 RPMs last year to 2248 RPMs this year - and that perhaps is why opposing batters average vs it was .380 last year but is down .266 this year. Berrios slots into an upgraded Toronto Rotation that has been led by a comeback season from Robbie Ray, and Figures to be in line to generate wins behind a good Toronto offense.

Martin was sent to the Twins as part of the package for Jose Berrios Friday. The 2020 5th overall draft pick by Toronto is viewed as a current consensus Top-20 overall prospect and started his minor league career at AA slashing .281/.424/.383 over 55 games. Martin hasn't done much yet in the extra base department but his ability to get in base is good for his first taste of professional ball and he hasn't looked overmatched. This is a great addition for the Twins Farm System as Martin has split his time almost equally between shortstop and centerfield. He most likely wont debut this year but it will be interesting to see how rapidly the Twins move him.

A 2021 All Star, Gibson was traded to the Phillies Friday. Gibson produced a 2.87 ERA / 3.75 FIP while eating up innings for Texas covering 113 over 19 starts. Gibson was able to be successful by limiting batters to a .267 babip and inducing groundballs 50% of the time and a 20% K rate in line with his career mark. He should help bolster a Phillies rotation that has struggled at the back end and should be in line to pick up more wins as the Phillies push for the playoffs.

Madrigal was traded to the Cubs as part of the Craig Kimbrel deal Friday. While Madrigal is out for the rest of the season following a torn hamstring this seems like a steep price for the White Sox to pay. Madrigal boasts exceptional bat-to-ball skills as the 23-year-old slashed .305/.349/.369 with 4 triples and 30 runs scores over 50 games. He also drew 11 walks and struck out just 17 times in 215 PAs this year for an elite 7.9% K rate. While he will not play this year, it is a nice pickup for the Cubs who look to do a quick rebuild.

Armstrong was acquired by the Rays. Armstrong hasn't done much for the Orioles pitching to a 8.55 ERA/ 5.86 FIP - which Isn't exactly desirable. He was much better in 2020 with a 1.80 ERA/ 2.99 FIP over 14 appearances with a .6 HR/9. Armstrong has given up a ton more longballs this year (2.3 HR/9) and while his K/9 has risen from 8.4 to 9.9 his walk rate has skyrocketed from 1.8 BB/9 last year to 4.5 BB/9. Again not great surface numbers, but anytime the Rays acquire a pitcher it is worth checking out as he could quickly become a important arm in their pen.