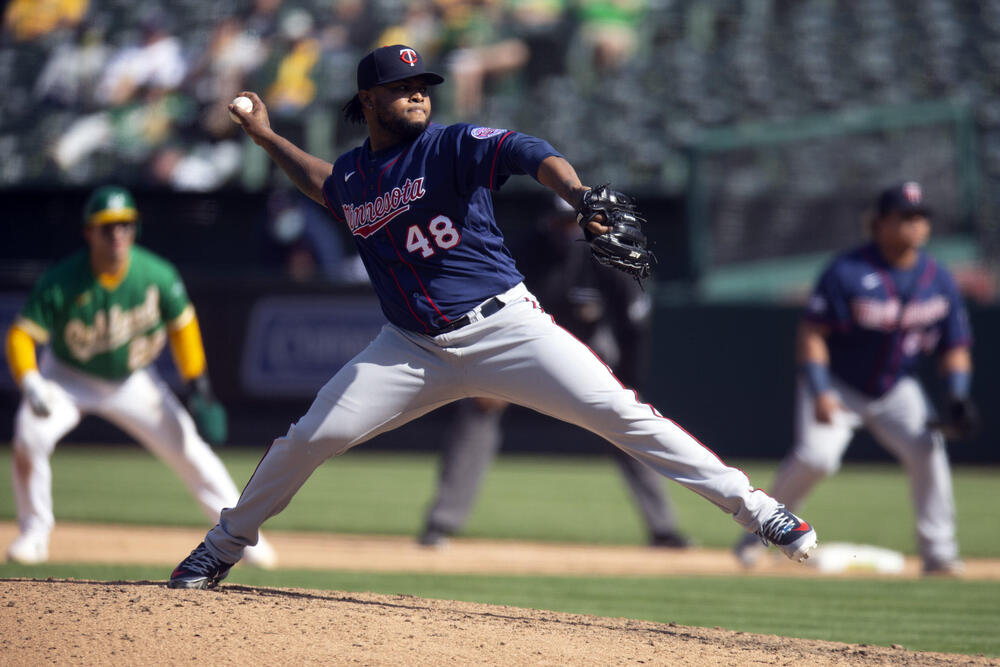 August is upon us and the trade deadline is behind us! It's crunch time in fantasy leagues and we're to the point in the season where every activation in your starting lineup is important and every individual stat contribution has an enormous impact. Diligene is the most important trait of fantasy baseball managers who are in contention this late in the season and it's the trait that will carry you to your next fantasy championship. The dust from the trade deadline is beginning to settle, but we're far from having clarity in every situation that changed. In general, the trade deadline seemed only to make committee situations worse (looking at you Cincinatti and Tampa) and several players who were closers last week have found themselves in set-up roles, not closing roles. Leading us off is a player who fits into that category, which is ironic because he was arguably the most prized reliever available at the deadline....

-The Cubs spoiled Craig Kimbrel's return to the North Side on Friday after Austin Romine hit a 3-run homerun in the 8th inning to tie the game. The three earned runs were more than Kimbrel has allowed all season. Cumulatively. This was surprisingly the White Sox first crack at a save opportunity since the trade deadline, so the fact Kimbrel was being used in the 8th and Liam Hendriks in the 9th could be an indicator of how Tony LaRussa will utilize the two relievers in the near future. For what it's worth, Hendriks relieved Kimbrel to get out of the 8th inning and returned for a scoreless 9th.

-The Reds are the darkhorse candidate for the "most annoying team to own a closer from" award. NewcomerMychal Givens became the 10th pitcher to record a save for Cincinnati this year, an impressive feat since most teams usually only carry 7 or 8 relievers on their active roster at any given time. This is a bullpen that's best left avoided, primarily because the value of the roster spot used on guessing which reliever will get a save on a given night is probably much lower than if it's used on another starting pitcher or bench player.

-The Blue Jays acquired two closers at the trade deadline - Brad Hand and Joakim Soria - but they're using neither in the ninth inning, instead opting to stick with Jordan Romano. Meanwhile, Brad Hand took his 6thloss of the season in his second appearance with Toronto pitching in a tied 10th inning. Hand has seen his SwStr% plummet down to 7.5% this year and his chase rate down to 18.8%. Remarkably, his 33.3% hard hit rate allowed is still below his career average, but with just a 22% strikeout rate, he doesn't provide much upside as a middle reliver in fantasy leagues. He can be safely dropped in non-holds leagues.

-Aroldis Chapman continues to look shaky, nearly blowing a two-run lead on Thursday night before Joey Gallo caught the go-ahead homerun on the warning track. Chapman completely lost command of his fastball and near the end of the inning was throwing primarily sliders. Chapman has nearly doubled his walk rate this season to 16.5% and while he hasn't lost any velocity, his chase rate is down to 26.8%, which places him below league average for the first time in his career.

-The Royals are almost approaching Reds territory after Jake Brentz become the 7th Royal to save a game this year. While there has been some fluidity in the 9th inning, Scott Barlow has pretty much been a mainstay in the set-up role. Josh Staumont and Greg Holland are the two other primary candidates for saves in Kansas City, but like Cincy, your starting roster spot is better suited elsewhere than with a reliever for Kansas City.

-As expected, Alex Colome is handling the closing duties for Minnesota while Taylor Rogers is on the injured list with a finger injury. The length of time Rogers is out, however, appears to be increasing. Despite avoiding surgery, Rogers could miss the rest of the season. After a rough April, Colome has turned it around recently and has seen a slight uptick in his called + swinging strike metrics while his groundball rate is up to 52%. Ideally, he would give up less hard contact (43%) - which is one of the reasons his HR/FB rate is up to 18% this year and his strand rate is 58%. If, by some chance, Colome is still on your waiver wire, he's a smart grab since he has line of sight to getting saves the rest of the way. Just don't fool yourself into thinking he's the 2016 version of himself.

-Without Pete Fairbanks (IL shoulder - July 29th) and Diego Castillo (traded), the Rays have turned to Ryan Sheriff and Matt Wisler for each of their last two saves. There isn't much left in the Rays bullpen in terms of recognizable names, but the relievers left in the bullpen all have ERAs 3.00 or below and three of them (Wisler, Sheriff and Jeffrey Springs) all have strikeout rates over 33% over the last 30 days. Those are the three names to focus on, if you're intent on owning a Rays closing option.

-Don't look now but the Tigers have put together a stellar back end of their bullpen with Gregory Soto as the closer and Jose Cisnero and Michael Fulmer as the set-up men. Cisnero and Soto have their struggles with walks, but the trio has managed to be extremely productive for fantasy owners despite few save opportunities due to Detroit's struggles as a team.