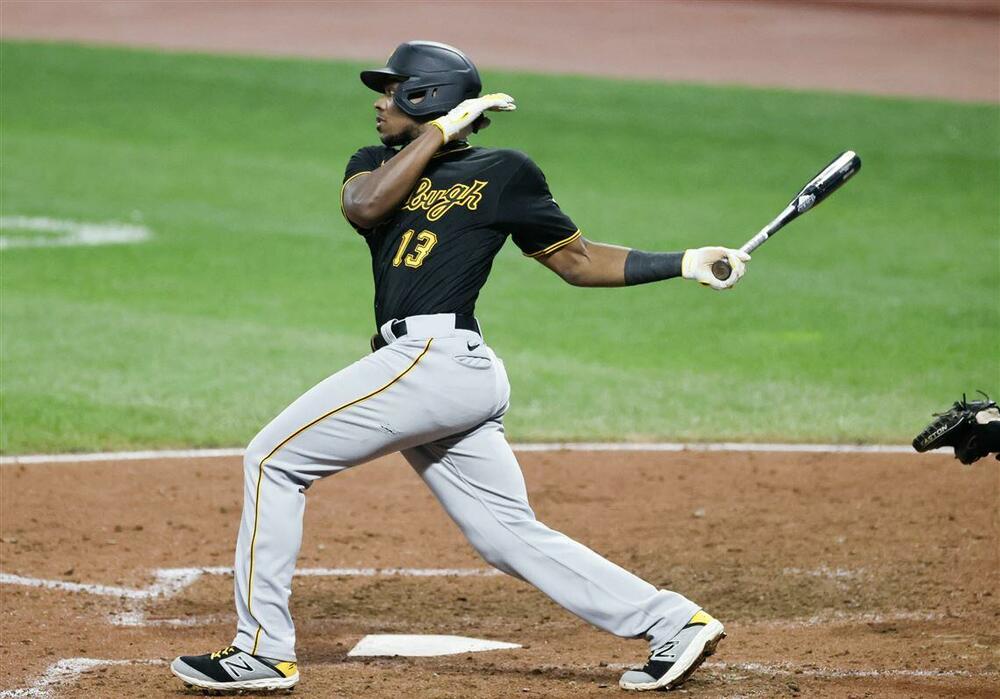 Hayes was hitless with a strikeout in four plate appearances on Monday, lowering his wRC+ to 88, 107 points lower than his 95-PA stint in the majors last season. Hayes doesn't have the benefit of 2020's .450 BABIP and 25% HR/FB rate. Down to .321 and 8.6% respectively in 2021, Hayes' overall production is very pedestrian. However, the peripheral regression is not unfounded. A four-percent drop in barrel rate, five-degree reduction in launch angle, 10% regression in hard-hit rate and eight-percent downturn in sweet-spot rate exemplifies a significant change in Hayes' batted-ball profile. So the BABIP and HR/FB drop cannot simply be explained by bad fortune. However, it is important to note Hayes missed significant time with a wrist injury and wrist problems can severely inhibit a hitter's power. Monitor the young 3rd baseman's health over the offseason as he is talented and represents an intriguing buy-low candidate.

Votto was a big presence in Cincinnati's 13-run outburst on Monday, posting his second two-homer game in the past five, both coming against Pittsburgh. He added four RBIs and the 38 year old is two home runs from tying his career high and four RBIs from his fourth 100-RBI season. Votto's power resurgence has coincided with the highest swinging-strike rate of his career, three points above his career average. His contact rate is an all-time low and his CSW rate is the highest of any full season. But, and I think you know where this is going, Votto's quality of contact is phenomenal, significantly higher than any season of the Statcast era, among the very best in all of baseball. He reinvented himself in his 14th season. Projecting him into 2022 is difficult. Will he show age-related regression or can this reimagined Votto sustain this power-driven production for three or four years? This is a high-risk/high-reward draft pick that should only be selected with the appropriate supporting cast.

Suarez was a significant participant in the Reds' offensive outburst on Monday, finishing with three hits and a walk, including his 29th home run of the season. The three-hit effort moved him seven points closer to the Mendoza Line. Only two seasons removed from hitting .271 and three removed from a .283 batting average, Suarez will post his second straight season with an average around .200. It is directly connected to BABIPs in the low .200's (.214 in 2020, .220 this season). So how can Suarez go from six straight seasons with BABIPs over .300 to back-to-back seasons with BABIPs in the low .200's? Part of it can be attributed to an ascending launch angle that limits his line drives and a failure to hit the ball on the sweet spot of the bat. Therefore, his hard-hit rate has decreased and also his HR/FB rate is lower because of more weak pop flies. It is almost as if Suarez has lost track of what made him great. For a few years he crushed pitches on the lower inside corner. That hasn't changed, but his swing percentage on those pitches plummeted. He is not swinging in the zone he normally demolishes. That suggests an external issue that should be correctable. At 30 years old, he has time to correct it.

Gray escaped his first career start at Coors Field with moderate damage, allowing three runs on four hits and three walks in 5.1 innings. All of the damage came in the 6th inning. After allowing only two hits and one walk through the first five frames, Gray stumbled the third time through the lineup, allowing two hits and two walks before getting the hook. On the positive side, after allowing at least one home run in each of his first 11 appearances, Gray hasn't allowed a long ball in each of his past two starts. Unfortunately his velocity was down on Monday while his average exit velocity allowed was up. Nonetheless, there is a lot to like about the young fireballer. His whiff rate is impressive and walks weren't a problem in the minor leagues so I would expect the uncharacteristic 10.9% walk rate to stabilize. Gray was put in a very unenviable position: traded after only two career appearances. He needs a full off-season with the expectation to open 2022 as a regular rotation piece in Washington. Let other fantasy owners cower from this subpar campaign and take a shot on the talented prospect.

Reynolds doubled on Monday for his 62nd extra-base hit this season. Reynolds has always been able to hit for average, but the power has really emerged this season and the 26-year-old outfielder is turning into a deep-league keeper. Reynolds' .212 ISO is 23 points higher than his previous career best and his wRC+ stands at an encouraging 136. His more selective approach at the plate has contributed to an improved EYE and a better option for pitches to swing at. He is chasing pitches less and so his swings are simply more productive. Always a strong fastball hitter, Reynolds has improved his power against breaking/offspeed pitches. He has seven home runs against non-fastballs as opposed to only two in 2019. Underrated and undervalued, Reynolds is a savvy fantasy target to bolster the outfield.