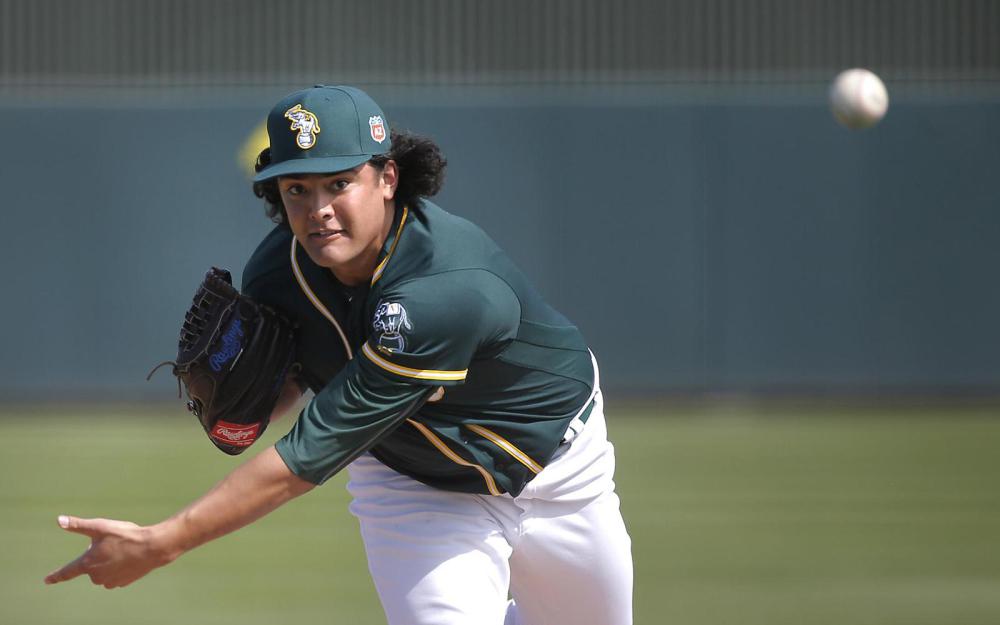 Sean Manaea (SP-OAK) dominated the White Sox on Thursday afternoon, allowing just 1 run on 5 hits and a walk while racking up 9 punchouts. The 29 year-old southpaw tossed 69 of his 101 offerings for strikes in the outing. This outing represented some correction for Manaea, as his xFIP sat at 3.53 entering the outing while his ERA was 3.91. He now owns a 3.79 ERA, 10 K/9, and 2.1 BB/9 across 28 starts (156.2 innings) on the season. This is easily Manaea's single best season in the majors from a fantasy standpoint, as he's elevated his strikeout rate to a career high while maintaining his strong control (2.3 BB/0 career). Opposing hitters have made hard contact at a healthy 42% clip against him per Statcast, but he's also posted a career-best 12% swinging strike rate and limiting opponents to a career-low contact rate under 76%. Overall, the advanced metrics, which include a 3.53 xFIP and 3.64 SIERA indicate that his gains have been real and so he should be able to continue his success in 2022. For now, he lines up for a favorable matchup with the Royals in Kansas City next week.

Cal Quantrill (SP-CLE) tossed 7.2 innings against the Twins on Thursday, allowing just 1 run on 4 hits and 2 walks while recording 5 strikeouts. The 26 year-old righty threw 72 of his 109 pitches for strikes in the contest and gave up a homer. Quantrill has been a boon to fantasy owners over since the All-Star break and he now owns a 3.04 ERA, 7.3 K/9, and 2.9 BB/9 across 130.1 innings (19 starts, 18 relief appearances) on the campaign. However, it's worth noting that his xFIP comes in at 4.41, which points to a .271 BABIP and 81% strand rate suppressing his ERA. As he has throughout his big-league career, Quantrill has minimized hard contact (34% per Statcast) while not missing many bats (9% swinging-strike rate). Opposing batters don't swing at pitches outside of the zone against him a ton (31% o-swing%), but hey make a lot of contact when they do (73% o-contact%). The key to his turnaround may have been the addition of a cutter to his repertoire (23%), which he combines with a four-seamer (18%), sinker (36%), changeup (14%), slider (a career-low 7%), and a curve (3%). He lines up for a rematch with the Twins in Minnesota next week. He should be able to handle them again, but one can't help but wonder if/when the likely correction will begin.

Eloy Jimenez (OF-CHW) remained out of the starting lineup on Thursday afternoon after taking a foul ball off his knee while in the dugout on Tuesday. The 24 year-old slugger has missed most of the 2021 campaign because of injuries, but has been effective when on the field. Through just 147 plate appearances, Jimenez has recorded a .269 average to go with 8 homers and 30 RBI. His 22% strikeout rate, granted in a small sample size, is the lowest of his young career while his 8% walk rate is his best in that department. Jimenez has posted a nice 45% hard-hit rate per Statcast, although it's worth noting that - as was the case last season - he's hit lots of grounders (52%). But when Jimenez does lift the ball into the air (28% flyball rate in 2021, 32% career), he's put a good number of those over the fence (28% flyball rate in 2021 and career). It's clear that he is a fantasy asset so fantasy owners will just have to hope that he is able to stay healthier in 2022.

Carlos Rodon (SP-CHW) is expected to start against Boston on Friday. The 28 year-old southpaw had a recent scheduled turn against Oakland skipped because of "fatigue and soreness." Considering his injury history, how few innings Rodon pitched in 2019 and 2020, and the club's commanding lead in the AL Central, the White Sox are likely to handle the breakout lefty with kid gloves down the stretch in 2021. He has now missed multiple starts over the last couple of months and has not completed more than 5 innings in an outing since mid-July. This is certainly a frustrating development for fantasy owners who have benefitted from Rodon's emergence as a fantasy start, as he has compiled a 2.41 ERA, 12.6 K/9, and 2.4 BB/9 across 21 starts (119.2 innings) this year. His 3.06 xFIP does suggest that an 83% strand rate and .277 BABIP are suppressing his ERA some, but there is no denying that - finally healthy and in his prime - Rodon has become a major fantasy asset. While his value will be limited down the stretch in 2021, pending good health he should be a top-10 SP for fantasy in 2022.

Hunter Renfroe (OF-BOS) has picked up right where he left off since returning from the bereavement list, hitting .365 with 2 homers and 8 RBI across 35 plate appearances so far in September. Overall, the 29 year-old slugger has assembled his strongest overall MLB season, batting .267 with 27 dingers and 85 RBI across 490 plate appearances; the average and RBI are career-bests while his homer total is second to only his 33 from 2019, when he batted just .216. The keys to his success include a career-low 21% strikeout rate and a career-high 45% hard-hit rate per Statcast. After sitting at 13% for his career, Renfroe's swinging-strick rate is down to 11% while he's upped his contact rate to 77% (72% career). He's especially done a better job of making contact when swinging at pitches inside the zone (85% in 2021, 80% career). There is concern, though, in a 35% o-swing%, with contact made on 68% of those swings - that will usually lead to weak contact. In addition to beefing up his contact and hard-hit rates, there is something to be said for context as well - Renfroe has capitalized on Fenway by pairing the aforementioned batted ball metrics with his typically high pull rate (48%), which plays better in Boston than, say, his former home in San Diego.