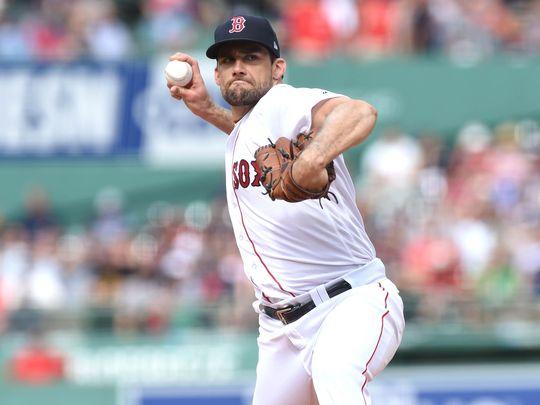 George Springer propelled the Blue Jays to a 2-1 win over the Astros on Saturday by going 2-for-3 with two solo homers and a stolen base out of the leadoff spot. Springer homered in his first two at-bats, which proved to be just enough for Toronto to hang on for the 2-1 victory. That puts him up to six homers on the season with a .300 average, a .948 OPS, and a pair of steals as well, as he continues to rebound from his injury-plagued 2021. He's now hit safely in nine of his last 11 games, which helps explains how he's scored 15 runs already. With a bevy of talented hitters behind him, Springer's in a great fantasy situation and makes for a great choice in all leagues.

Jose Berrios finished April on a high note on Saturday by earning a win over the Astros with 5 2/3 innings of one-run ball, yielding seven hits and two walks with five strikeouts. While he allowed a solo homer in the fourth and fell one out shy of a third consecutive quality start, Berrios was in otherwise good form against a brutal Astros lineup. Since struggling in his first two starts of the year, Berrios has allowed just four earned runs over his last three starts combined spanning 18 2/3 innings. That's the kind of ace-level production the Blue Jays were expecting from him when they acquired him from the Twins last summer. While the AL East is much tougher than the AL Central, if he can continue pitching like that it will go a long way towards helping Toronto reach the playoffs for the first time since 2016. Berrios will look to keep dealing against a Guardians offense that's been hot and cold this year in his next start.

Merrill Kelly continued his hot start to the 2022 season with another outstanding outing on Saturday, blanking the Cardinals over seven innings while allowing just two hits and striking out four. Kelly got the best of Miles Mikolas in a rare old-fashioned pitcher's duel, pitching the Diamondbacks to a 2-0 win. Saturday was Kelly's third scoreless outing in five starts this year and third consecutive quality start, lowering his ERA to 1.27. One of the biggest keys to his success has been not allowing any homers thus far, as well as an improved strikeout rate. While he's going to start giving up some long balls eventually, the extra K's could go a long way towards helping him sustain his breakout in his fourth season. Don't expect ace-caliber production from him all year (especially at age 33), but he seems to have taken a legitimate step forward this season and is worth riding in fantasy leagues for the moment.

Nate Eovaldi wound up with another no-decision on Saturday despite twirling seven scoreless innings against the Orioles, yielding just three hits and no walks while striking out eight. Eovaldi was flat-out dominant in his best start of the season to date, only to bet let down by Boston's inconsistent offense, which managed just one run. That makes four no-decisions in five starts this year for Eovaldi, who's allowed three earned runs or less in all five of his outings. He also boasts an incredible 32:3 K/BB ratio through 28 2/3 innings this year, although he has surrendered seven long balls (this was his first start without one). Eovaldi is still providing ace-level production after posting strong numbers in 2020 and 2021 for Boston, making him a must-start fantasy option whenever he toes the rubber.

Shane McClanahan took the loss against the Twins on Saturday after allowing three runs on four hits and two walks with 11 strikeouts in five innings. While the 11 punchouts were a career-high for the sophomore pitcher, he was ultimately done in by a pair of homers. McClanahan has struck out at least seven batters in all five of his starts this year, running up an outstanding 42:7 K/BB ratio in 27 innings this year. He's yet to allow more than three earned runs in any start this season, either, resulting in a 3.00 ERA. The 25-year-old southpaw is taking a step forward from his strong rookie season last year, as he currently leads the American League in strikeouts and strikeout rate. If he can sustain that throughout the year, it's going to be a huge boon to his fantasy value along with his real-life value. He'll look to keep ringing up batters when he faces the Mariners in Seattle for his next start.