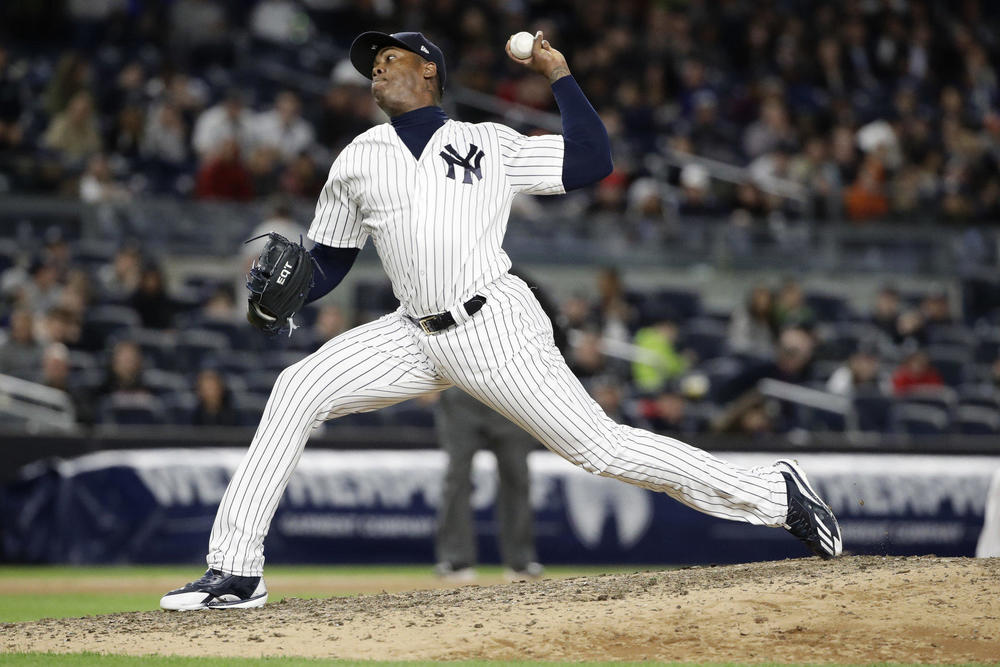 Aroldis Chapman- RP- NYY- Injury Update- Chapman threw a perfect IP in his rehab appearance at AA Somerset yesterday. He threw 7 of 11 pitches and struck out a batter. It looks like Chapman passed his last test before returning to the Yankees. At least according to manager Aaron Boone, there will be no set closer when Chapman gets back and matchups will determine whether Clay Holmes or Chapman get the save opportunity. With the winning pace of the Yankees, there will probably be plenty of saves to spread around.

Jovani Moran- RP- MIN- Rise Value-Moran has been up and down between the Twins and AAA St.Paul this season. He is up again and will likely get more game action. The Twins have 12 games in the next 11 days and will need bullpen arms. Manager Rocco Baldelli has said he feels comfortable using Moran in just about any role, from long relief to more high-leverage situations. The challenge for Moran will be to increase his control enough to warrant continued increased playing time. He has a 1.74 ERA and 2.25 FIP with a 13.06 K/9 in 10.1 IP with Minnesota. His BB/9, though, is 6.10. Small sample size skews that somewhat. Moran walked 3 on 6/9 in 1 IP and walked 2 on 6/3 in another IP. In his other 8.1 IP across 6 appearances Moran issued a total of 2 walks. At AAA St. Paul his BB/9 was 7.20 and he walked at least 1 in 9 of his 13 appearances. Moran has potential as a sleeper and definitely can miss bats with the potential of challenging for a back end bullpen role. It's going to take some major improvement for the 25-year-old.