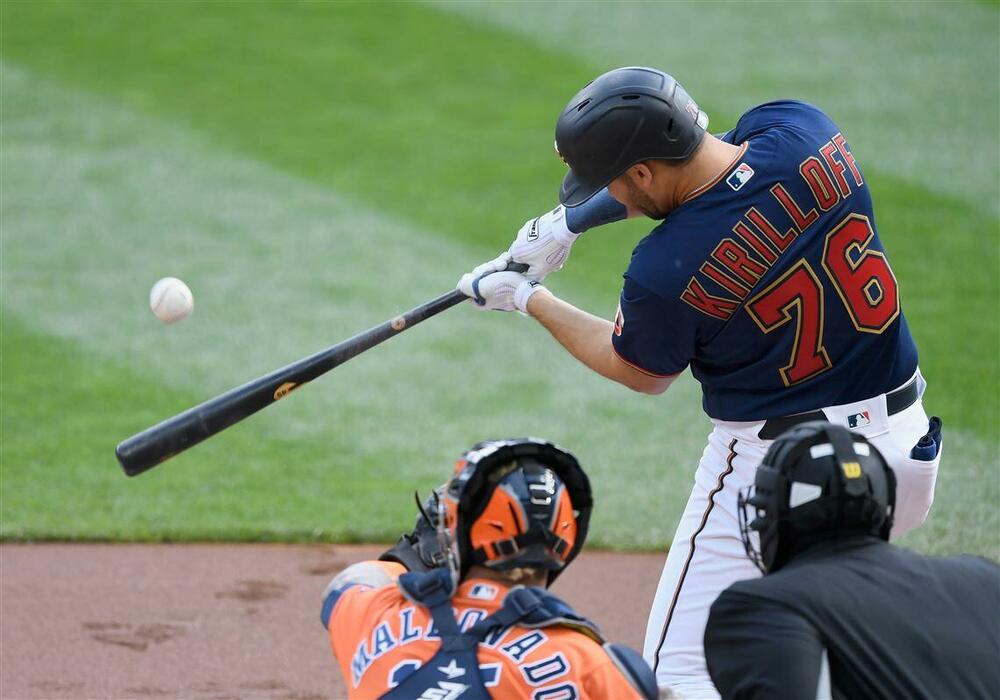 Kirilloff reached base in four of his five plate appearances. The only time he failed to reach base was a sacrifice fly. He finished with three hits in three at-bats and two runs scored. The young slugger has posted improved numbers since his return to the big leagues on June 17, although he still doesn't have a home run this season. In fact, he only has four extra-base hits, en route to a measly .065 ISO. It isn't an issue with hitting the ball hard. Kirilloff's quality of contact is very good, and his launch angle is a proper 11 degrees. He just isn't hitting the ball on the sweet spot regularly enough. Furthermore, Kirilloff's batting Eye is atrocious right now. These are qualities I expect to improve. He has more than enough power to get on a home run streak, and he has posted a very good EYE throughout most of his minor league career. The power will come.

Syndergaard allowed three runs on six hits and a walk en route to his fifth win. He tied a season high with seven strikeouts against the White Sox. Syndergaard still isn't coming anywhere near the velocity that made him one of the most exciting young pitchers in the game before injuries took their toll. Instead of throwing in the high 90's, his fastball sits around 94 miles per hour. He was heavily reliant on his slider Monday, and it was quite effective, which may be a precursor to future success. It generated an 81.5-mph average exit velocity against Chicago, which is very good, but it wasn't used to strike batters out. He doesn't really have a great pitch to strike batters out anymore since he can no longer blow his fastball past his opponent. As it stands, Syndergaard has a 3.86 ERA (4.18 xFIP) with a 6.47 K/9 ratio. Unless his velocity returns, those mediocre numbers are unlikely to improve.

Gausman was at his best on Monday, shutting out the Red Sox for seven innings, allowing four hits and two walks while striking out 10. The veteran right-hander has struggled to settle into pitching in Toronto, as he entered Monday's game with a 4.76 ERA at home as opposed to a 2.00 ERA on the road, but he looked completely comfortable against Boston, generating a 36% CSW rate, including 18 whiffs. He lowered his ERA to 2.93, which could actually be better if he wasn't dealing with a sub-70% LOB rate and a career-high .366 BABIP. Those unlucky numbers are masking a phenomenal 16.2% swinging-strike rate and 4% walk rate. Gausman is proving last year's breakout was no fluke. With Jose Berrios and Yusei Kikuchi's inconsistencies, it's scary to think of where the Blue Jays rotation would be without the free agent addition.

Lopez couldn't carry over the momentum from last week's 7-inning gem into Monday's outing. The Cardinals jumped all over him for five runs in five innings. He struck out five batters and has now allowed at least four runs in four of his last seven starts. He only walked one batter on Monday, but since the end of May, walks are a problem for the Marlins' right-hander, although the biggest issue is hard contact. The Cardinals tagged him for six balls with an exit velocity over 100 miles per hour. His average exit velocity allowed was 94.4-mph. That's horrendous. Meanwhile, his barrel rate allowed since May 18 is 12.2 percent. These are concerning trends for Lopez, and explains why his ERA has doubled over that stretch, now sitting at 2.98. Whether it's a gradual decline of nearly two miles per hour off his fastball, a sudden ineffectiveness of his changeup or both, Lopez is not the dominant starter he was through the first month-and-a-half of the season. For a pitcher who has battled a multitude of injuries, one has to wonder...

Lowe continued his June surge, reaching base four times on Monday, part of a 15-hit, 10-run outburst for Texas at Kansas City. Lowe had two singles, two walks, a run and an RBI. It was his 10th multi-hit game this month, and his batting average has improved to .284. A more aggressive approach (52% swing rate, 34.3% chase rate) has paid off. It hasn't led to a significant reduction in contact, but it has led to more base hits. Good things happen when Lowe puts the ball in play. His .343 BABIP is reflective of a line-drive swing that distributes balls all over the field. His power is limited by his low launch angle, but he is still on his way to hitting 20 home runs for the first time in his career. Boosted by the improved players around him in the lineup, Lowe is poised to post career highs in numerous categories. He is a quality bench piece or even corner infielder in AL-only/deep formats.