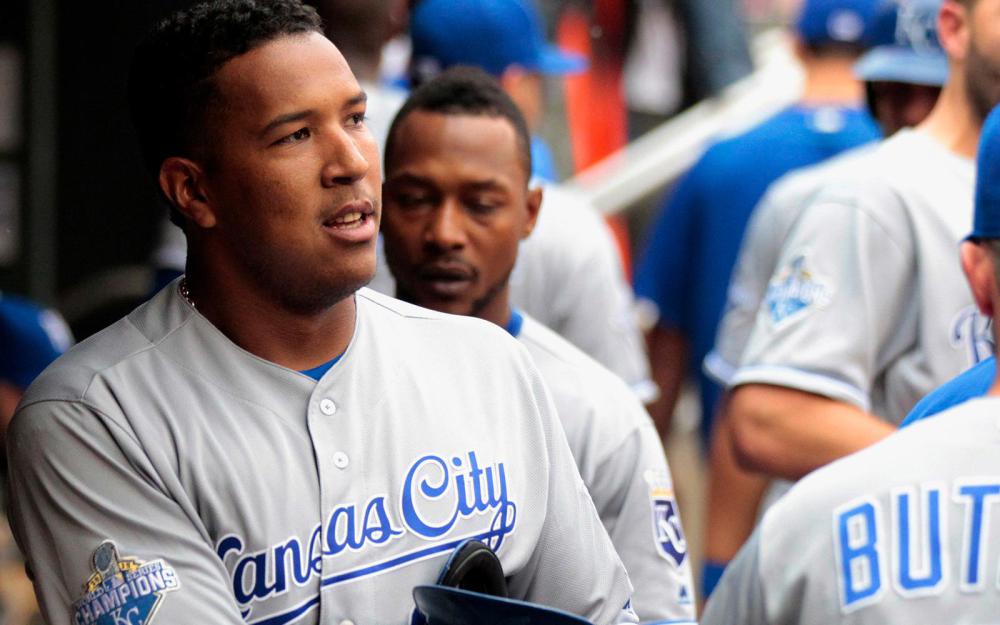 Hunter Renfroe went 4-for-4 with a two-run homer against the Red Sox on Sunday, accounting for both of the Brewers' runs in their 7-2 loss at Fenway Park. Renfroe was pretty much the only bright spot for Milwaukee on Sunday as they dropped the series finale against a scuffling Boston team. The slugging outfielder staked the Brew Crew to an early 2-0 lead in his first at-bat of the game, depositing his 19th home run of the year into the Green Monster seats for his sixth home run in his last nine games. He singled in each of his remaining three at-bats as well, finishing with his first four-hit game of the season and raising his average to .254 in the process. Renfroe hasn't skipped a beat after spending three weeks on the IL in late June and early July, hitting .276 with six homers, three doubles, and 16 RBIs in his first 14 games back. He's only one four-bagger shy of his fifth career 20-homer campaign, as the 30-year-old slugger has remained a strong power source in his first season with the Brewers.

Jose Berrios picked up the win on Sunday after pitching the Blue Jays to a 4-1 victory over the Tigers, finishing with one run allowed on three hits and one walk with six strikeouts over seven innings. Berrios yielded a fourth-inning solo shot to Javier Baez, but outside of that he had little trouble carving up one of the worst offenses in baseball. The seven frames were his most in a start since June 15, and he likely could have gone deeper had Toronto given him a few more insurance runs to work with. As it is, he came out after an efficient 80 pitches (56 strikes), having lowered his ERA to 4.96 and improving his record to 8-4. After a horrendous first half that saw his ERA balloon to 5.86 at the end of June, Berrios pitched much better in July with a 3.00 ERA and a 42:7 K/BB ratio in 36 innings. While he still leads the AL in earned runs and homers allowed, his strong track record and recent performance suggest he can be trusted down the stretch as he looks to continue to salvage his fantasy season. He'll be in familiar territory for his next start when he faces his old team (the Twins) at Target Field in Minnesota, where he's 32-21 lifetime with a 3.61 ERA and a 1.14 WHIP.

Andre Pallante earned the win on Sunday after spinning eight shutout innings against the Nationals, scattering five hits and one walk while striking out eight. The 23-year-old rookie cruised against the lowly Nats in the longest and best start of his young career thus far, evening his record at 4-4 and improving his ERA to 3.18 in the process. Pallante has been quite solid since shifting from the bullpen to the rotation in early June, yielding three earned runs or less in nine of his 10 starts. This was his first start with more than five strikeouts and only his third lasting at least six innings, as the Cardinals have tried to avoid over-extending him. It was also a much-needed bounce-back performance for the rookie, who came into Sunday's outing with a 7.85 ERA and a 1.004 opponent OPS in four July starts. He has a tough home start against the Yankees up next, so fantasy gamers may want to fade him there based on his recent struggles.

Reid Detmers wound up with a no-decision in a masterful pitching performance on Sunday against the Rangers, limiting Texas to two runs (one earned) on three hits and three walks with 12 strikeouts over seven innings. The dozen whiffs were a career-high by far for the 23-year-old rookie, who nearly doubled his previous high of seven from earlier in July. While this outing wasn't as historic or memorable as his no-hitter from May, it was arguably more dominant. Detmers left with the game tied at 2-2, however, and could only watch as LA's bullpen blew the game in the ninth. Sunday's outing capped a remarkable July for Detmers, who flashed a 1.13 ERA with 31 strikeouts in 24 innings during the month. He only earned one win for his efforts, however, as the reeling Angels lost three of those four games. The young southpaw will carry a 3-3 record and a 3.62 ERA into his next start in Seattle as he looks to build on his strong first full season.

Salvador Perez went 1-for-5 with a game-winning three-run homer against the Yankees on Sunday. Perez salvaged the series finale for Kansas City by drilling an improbable three-run shot off New York's shutdown closer, Clay Holmes, with one out in the top of the ninth, turning a 6-5 deficit into an 8-6 lead. Perez only managed two hits in the three-game set at Yankee Stadium in his return from the IL, but he made both of them count by knocking each one over the fence. He added a sac fly as well, giving him seven RBIs in his first three games back. While the .209 average is underwhelming, his 13 home runs and 41 RBIs in just 60 games are highly impressive, especially considering the lack of talent in the Royals' lineup. The 32-year-old backstop has picked up where he left off when he went down in the midst of a hot June, as he now has seven long balls and 25 RBIs over his last 20 games.