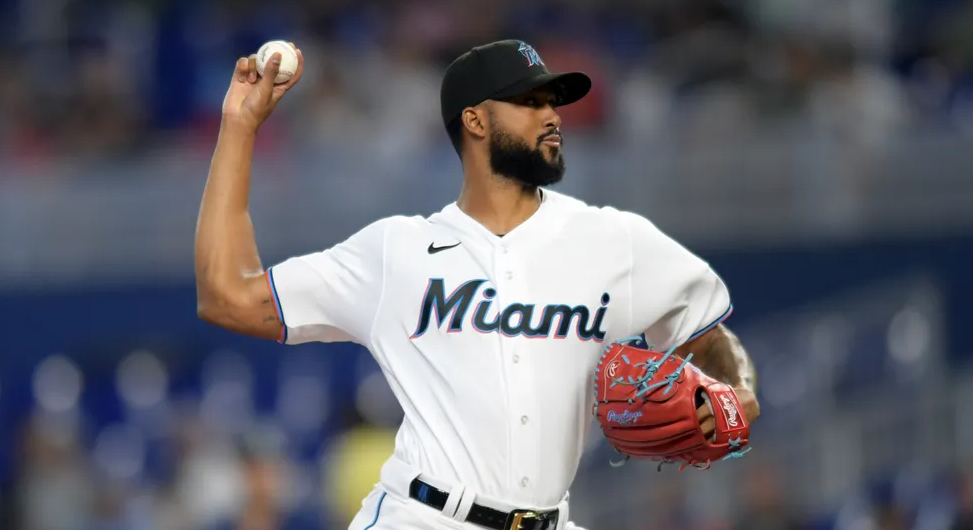 Sandy Alcantara, Miami Marlins - A couple weeks ago I said that the gap between Sandy Alcantara and Pablo Lopez were closer than most would think, and yeah that was wrong. Alcantara is throwing like the best arm in baseball right now and continued that run with 8 shutout innings against the Angels on Tuesday. He allowed just two hits, struck out 10 batters in the outing and didn't walk a single batter. The 11 strikeouts were the most he's had since the end of May when he fanned 14 against the Braves. On top of the low ERA and strong strikeout numbers, Alcantara is a unicorn in this era of baseball with his ability to work so late into games. He tossed at least seven innings in 11 straight starts, easily the longest stretch of these outings in the majors.

Noah Syndergaard, Los Angeles Angels - Noah Syndergaard struck out eight batters over five innings but was hung with his 7th loss of the season because Alcantara was on the other end. After striking out just 19 batters over he prior five starts, he's now struck out 15 over his last two starts against the White Sox and then Marlins today. Thor has been throwing extremely well in his first full season back from Tommy John, with a 3.84 ERA over his first 70.1 innings. The strikeouts could be a bit better but he's just not generating a ton of whiffs at this point. We'll see in the next start if he's turned the corner in terms of the swing and miss capabilities this year or if it's something that he's been taking advantage of high whiff opponents.

Michael Harris, Atlanta Braves - Michael Harris went just 1-for-4 at the plate but swiped a pair of bases to give him six on the season. Harris continues to be a rookie revelation for the Braves as he's up to a 129 wRC+ for the season to go with his five homers and six steals. The only knock we can see with Harris at this point is that he's running just a 3.6% walk rate. Harris' main fault in the minors was him not having a great walk rate, but the contact he puts out is so strong that he's able to overcome it. This knocks him down a little bit in OBP leagues because although he's hitting .300, a .336 OPB isn't anything you're over the moon about right now.

Trevor Story, Boston Red Sox - Trevor Story went 1-5 at the plate with a trio of strikeouts, but did hit his 14th homer of the season. Story start the season extremely cold, then went extremely hot for the month of May, but has now cooled off a again with a 77 wRC+ in the month of June and an 87 wRC+ early in the month of July. A big factor that's plaguing Story is something that we haven't seen much of his since his first and second season's in Colorado, and that's a K% over 30%. Story averaged around a 32.5% strikeout rate in his rookie and sophomore seasons in Denver, but then averaged around a 24% strikeout rate for his final four seasons there. He's up to 30.9% this year. Striking out isn't the ultimate death sentence, but anytime you clear the 30% mark it's something that is certainly worth keeping an eye on.

Yusei Kikuchi, Toronto Blue Jays - Yusei Kikuchi struggled again on Tuesday as he's first season in Toronto has not been a good one to this point. Kikuchi allowed four runs over 2.1 innings and while he allowed just two hits, he walked five batters in the outing as he continues to put runners on at a remarkably bad pace. He's walking almost six batters per nine innings, and while he's striking out 10.25 batters per nine it doesn't outweigh his 5.12 ERA. The swing and miss ability is really all he's doing well right now and it's still in an area where you can find other options that get whiffs at the same rate that don't completely destroy your other categories.