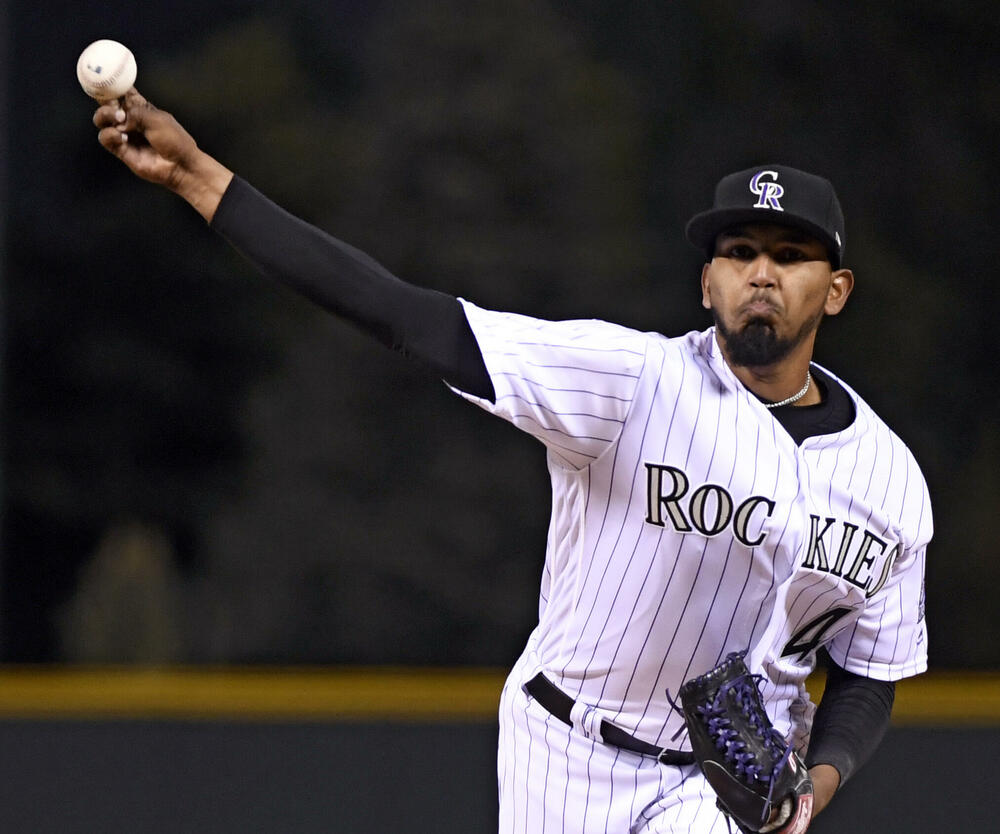 German Marquez- P- COL- Hot- Marquez came out on the winning side of a 1-0 contest that was a match up with Max Scherzer. Marquez allowed just a single hit and walked 2 while striking out 5 in 7 shoutout IP. The game was at Citi Field, which helped him. Marquez has a 3.69 ERA away from Denver and 6.09 at Coors Field. That's why he has a not-too-impressive 4.97 overall ERA. Likewise his 1.21 road WHIP is much better than 1.53 at home. Last season Marquez had home/road splits that were the opposite, but this season is more in line with his career trends. Judicious starts with Marquez can yield good results.

Garrett Mitchell- OF- MIL- Rookie- Mitchell got his first hit, run, and RBI as a major league yesterday in his first MLB start. In a brief stop at AAA Nashville he had slashed .342/.435/.466 with 9 steals in 20 games. In 44 games at AA Biloxi prior to that Mitchell slashed .277/.353/.428 with 7 steals. Speed is a superior weapon for the 20th overall pick from the 2020 draft. However, he projects to contribute with average and could develop some power as well. Mitchell is 22 years old and is getting his current opportunity due to an injury to Jonathan Davis. He could feature prominently in Milwaukee's 2023 plans and be a source of steal, at least.

Bubba Thompson- OF- TEX- Stats- Thompson has been a terror on the basepaths since joining the Rangers. Yesterday he entered as a pinch runner and swiped his 8th base in 21 MLB games since being promoted earlier this month. Thompson has yet to be caught stealing. At the plate he has a .258/.310/.273 slash line. Thompson has shown more power in the minors than he has with Texas. He hit 13 homers in 375 PAs with AAA Round Rock before his promotion. Last year Thompson hit 16 homers in 470 PAs with AA Frisco. He has shown reverse splits in his brief time with the Rangers, slashing .275/.302/.294 against RH pitching. With the Rangers in rebuild mode, they will put Thompson out there frequently and you can at least expect help in the steals column.

Tucker Davidson- P- LAA- FYI- Davidson made his 4th start with the Angels yesterday. He allowed just 1 run and struck out 5 in 4 IP, but control was an issue. Davidson only threw 43 of 84 pitches for strikes and walked 5. Davidson has K/9s of 10.76 or over in each of the past 2 AAA seasons at AAA Gwinnett and that's what the Angels were hoping to see when they acquired him earlier this month. He has allowed 2 or fewer runs in each of his last 3 starts, but has not generated Ks, striking out 10 in 15 IP in that stretch. Davidson has walked almost as many (9) and his outings have gotten progressively shorter while his strike/ball ratio has gotten lower. He has some sleeper potential but is far from a lock.