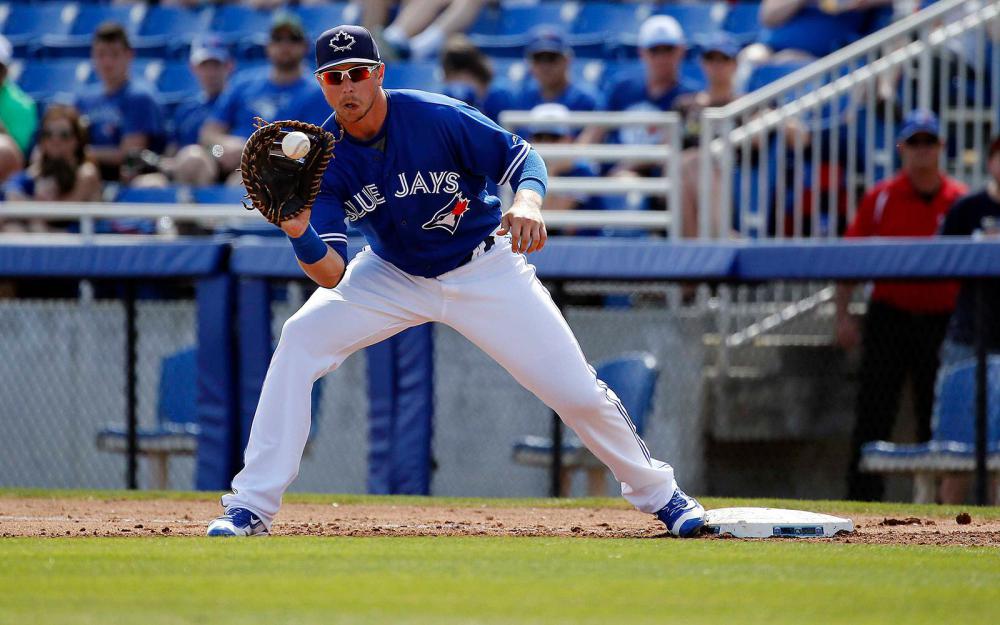 Joe Musgrove (SP-HOU) - Musgrove took 91 pitches to get through 5.2 innings against Miami on Monday, but he ended up with the win after allowing just one run on eight hits with a 5:1 K:BB to lower his ERA to 4.57. It was Musgrove's second straight solid outing and the first one in six starts that he did not allow a home run. Long balls have been an issue (eight in 43.2 innings) for a guy who has recorded a more flyball outs than groundouts, but the 24-year-old has the talent to continue to push his ERA south. Musgrove's 6.9 K/9 is a bit pedestrian and is a fair amount lower than last year's 8.0, but there's still plenty of time for him to improve his ratios. I'm pretty optimistic, though there will be some bumps in the road.

Justin Smoak (1B-TOR) - Smoak was 2-for-3 with a double, his eighth home run, two walks, two runs, and two RBI against the Braves on Monday. That left Smoak with a solid .283/.333/.535 slash on what has been a solid season. Smoak has been overshadowed by some of the incredible seasons put up by other first basemen this year (Yonder Alonso, Ryan Zimmerman, etc.), but what he's doing is worth noting. Smoak most notably has cut his K% to 19.6% this year, a mark that had risen in each of the previous five seasons, peaking at 32.8% last year. It looked to be all but certain coming into the year that Smoak was a mere placeholder for prospect Rowdy Tellez, but add in a .252 ISO to the improved plate discipline and to the batting average that had never topped even .238 in any previous season, and Smoak has plenty of job security at the moment. Oddly, he's exhibited pretty strong reverse platoon splits, entering Monday batting .429 vs. LHP and just .229 vs. RHP. If the switch-hitting Smoak can turn things around a bit from the left side, he'll be looking even better.

Tyler Clippard (RP-NYY) - With the Aroldis Chapman shoulder injury expected to keep the Yankees' closer out for up to a month, Dellin Betances is rightfully being scooped up in all leagues. Betances has allowed just one run in 12 innings, but that's come with a 6.75 BB/9, so he's had to bail himself out of a more than his share of runners on situations. I wouldn't expect Betances to be anything other than a top-10 closer while Chapman is out, but if he should scuffle, Clippard looks more than capable of stepping in right now. Clippard has a 1.17 ERA, 12.3 K/9, and 2.9 BB/9, numbers far and away better than his career marks. That .184 BABIP probably won't last, but then again, Clippard has three seasons in which he's posted a BABIP of .207 or lower, so he could certainly keep that number well below league average. I'd take a look at him in deeper leagues.

Matt Strahm (RP-KC) - Strahm got off to an awful start this year, allowing seven runs in 1.1 innings with six walks before being sent down for 12 days. Since returning on April 21, Strahm has a 1.64 ERA over 11 innings with a 16:5 K:BB. That's still too many walks (4.1 BB/9), but it's notable improvement nonetheless. Strahm is a candidate to move into the rotation at some point, though that may require a minor league stint to build up his innings. Strahm though may also be a closer candidate at some point, as Kelvin Herrera seems likely to be traded, perhaps along with Joakim Soria given the Royals are likely looking at pushing the reset button this July. Straham has a lot of work to do to continue to drive down his 5.8 career BB/9 rate, but those strikeouts are so enticing that he's worth a speculative pickup in deeper leagues.

Bradley Zimmer (OF-CLE) - Zimmer is one of the more MLB-ready fantasy relevant prospects yet to make his big league debut, but he's likely closing in on that debut. Zimmer is batting .294/.371/.532 with five homers, nine steals, and a 48.6% XBH% for Triple-A Columbus. Of course as in prior seasons, Zimmer is striking out at a high rate, 29.9% this year, but that's actually down from last year's 37.3% mark in a similar number of PA's at the same level. Zimmer is an attractive fantasy piece as he averaged 15.5 home runs and 41 stolen bases in 2015-2016, albeit while hitting just .261 (worse last year). The strikeout issues are likely to follow him to the big leagues, limiting the BA upside, but 15-20 homers and 30 steals given 550 PA? Very possible, and right away. In terms of a callup, if Zimmer were a RH hitter, he'd likely be up already given the lefties they have in the outfield already, but Abraham Almonte isn't good. Update: Almonte suffered a biceps injury Monday, so could Zimmer get the call?

This is just a small sample our our daily analysis, join our member area for over 80 player updates daily. Click here for details:https://www.insiderbaseball.com/baseballsample.htm Click here to register:http://www.fantistics.com/salesbaseball.php3