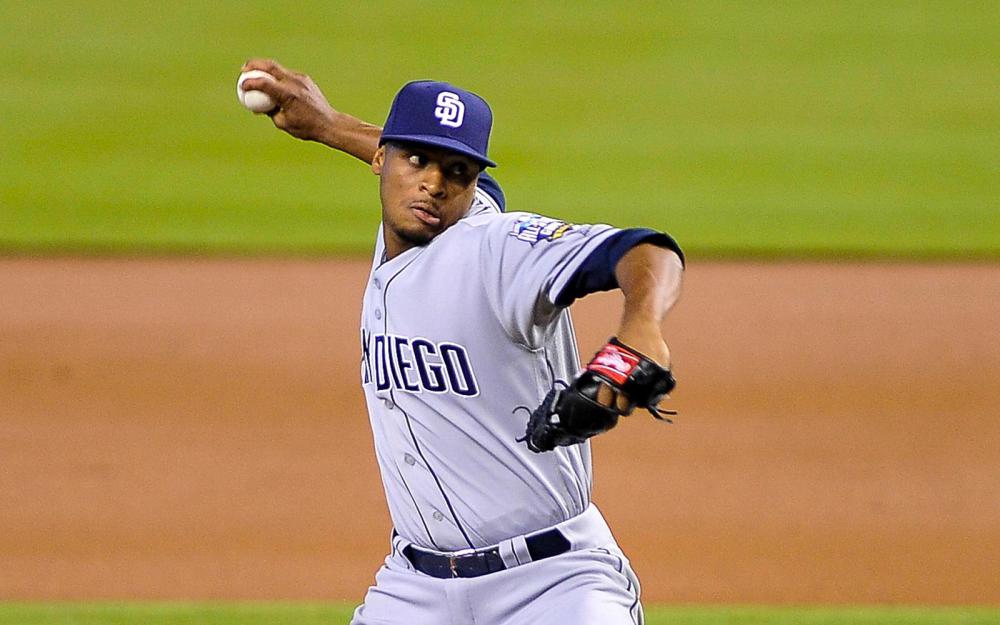 Luis Perdomo (SD) - Luis Perdomo was getting it done both on the mound and in the batter's box on Monday night, racking up a double and a triple in addition to posting a line of 6 IP, 5 H, 3 ER and 9K. Perdomo has been extremely unlucky to begin the year and most of his peripherals suggest a big positive swing coming in the future. On the season, Perdomo has just a 4.19 ERA, but his 2.90 xFIP paints a much more accurate picture of the type of season the right-hander is having. Perdomo's 65% strand rate is well below the league average mark, indicating that sequencing of hits has not been on his side to begin the year. His 70.5% groundball rate is sparkling and his 21% strikeout rate is more than enough to help keep him out of trouble. Perdomo is worth a grab in all mixed leagues where he's available.

Jake Lamb (AZ) - Jake Lamb hit his 8th homerun of the season and he's now hitting .282/.368/.507 with 27 RBI and 24 runs scored. Lamb's 11% walk rate is propping up his on-base percentage, but his 47 strikeouts in 163 plate appearances is really high and translates to a below average 29% strikeout rate. Lamb's favorable ballpark will continue to help his HR/FB rate, as will his 36% hard hit rate. He remains an overlooked and underrated third baseman in fantasy baseball circles.

Yasmani Tomas (AZ) - Yasmani Tomas hit his 7th homerun on Monday night, improving his season line to be .250/.305/.508 with 7 HR, 27 RBI and 16 runs scored. Tomas' 71% contact rate, 39% chase rate and 15% swinging strike rate will always drag his batting average down, but his 40% hard hit rate will continue to aid the power numbers when he does make contact. He's always a great DFS tournament option while playing at home in Arizona.

Freddie Freeman (ATL) - The game's hottest first baseman gets a favorable park shift and a nice matchup against a flyball pitcher on Tuesday, a day after hitting his 13th home run of the year. Freddie Freeman has been the lone bright spot for the Atlanta Braves this season, but he draws a great DFS matchup against Toronto. Most notably, Estrada throws primarily four-seam fastballs and change-ups, which just happen to be the two best pitches that Freeman has hit this season (3.73 wFB/c and 4.25 wCH/c, respectively). He's a better one-off play rather than included in an Atlanta stack, but he's viable for both cash games and tournaments.

Rich Hill (LAD) - Rich Hill enters the day as one of the top DraftKings value pitchers on Tuesday's slate. Priced at just $8,700 and facing a Giants team that has the 4th lowest wRC+ against left-handed pitching, Hill makes for an ideal secondary pitching option on the two pitcher site. After battling blister issues for the last several months, Hill has a lot riding on his start this week. The Dodgers have already said he's a candidate to move to the bullpen if he suffers more blister issues, paving the way for a full-time rotation spot for Julio Urias. Given his health concerns, he's a better tournament option than cash game.