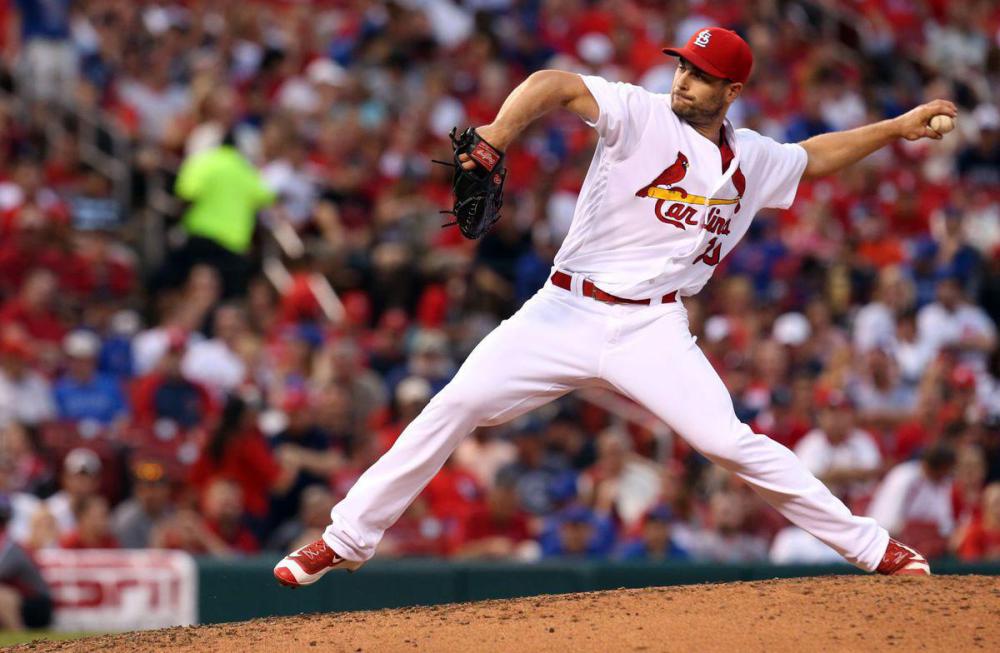 Fatigue is settling in. Both with our closers and ourselves. The official fantasy football draft weekend is upon us, rotisserie league standings are firming up and head-to-head playoff spots are being clinched. This is the time in your league when many other owners are abandoning their baseball waiver wires to focus on football lineups. If you're in the hunt, this is the best time to double down and stay diligent. There was a little excitement over the last week with a handcuff or two popping up as great targets in this week's FAAB auctions. Keep reading to find out more...

-Hopefully a lot of you hopped off the Greg Holland bandwagon weeks ago, but if you didn't heed the indicators, he has taken you for quite the wild over the last couple of weeks. Holland has three blown saves since August 8th, but manager Bud Black appears committed to his closer despite wishy-washy comments after Wednesday's blown save. After back-to-back outings with three earned runs allowed, Black allowed Holland to get the save chance on Thursday to redeem himself. Holland managed to post a clean frame, which was his first appearance without allowing a walk over his last six. Holland remains a shaky option, largely because of his hard hit rate allowed and control issues, so stashing Pat Neshek and Jake McGee might not be a bad idea.

-Zach Britton's pursuit of history ended on Wednesday when he blew a 7-5 lead against the Athletics. Britton was attempting to break Eric Gagne's streak of 84 consecutive games saved, but he'll need to settle for 60 straight games. Britton said after the game that he was dealing with increased soreness in his knee. The knee issue is something that has afflicted him since 2014, but the pain is getting worse. To be cautious. The Orioles ordered an MRI for Britton and the results showed no structural damage. That's good news for him, but it's still undecided if he will be placed on the disabled list. Brad Brach emerges as a must-own player in all formats.

-For absolutely no reason, Dusty Baker decided to let Brandon Kintzler work the 9th inning on Thursday with a 3-1 lead. Maybe he was trying to see if Kintzler would be an option to close, if Doolittle needed a rest. Or maybe he was trying to get cute and have Doolittle face a slew of left-handlers in the 8th inning and Kintzler to face the right-handers in the 9th inning. Nonetheless, Kintzler couldn't handle it. He blew the save by allowing two runs on three hits. For what it's worth, Doolittle allowed a run on two hits in his inning of work. Assuming Baker does the logical thing (which you can't take for granted), Doolittle should see the next save opportunity for the Nationals. He has been tremendous this season, limited left-handed batters to a .118 batting average and right-handers to a .172 batting average.

-After featuring the New York Yankees' relievers as the handcuffs to own in last week's column, the Yankees officially removed Chapman from the role this week. Manager Joe Girardi left the door open for Chapman to regain the role if he pitches better (i.e. regains the 1.5 MPH velocity on his fastball that he lost), but for now Dellin Betances appears to be the guy to own in New York. There's no guarantee that Chapman will get the job back this season. While Betances does possess a high 90's fastball like Chapman, it's his devastating curveball that makes him so effective. He still misses a lot of bats, but unlike Chapman, of the 61% of the time when opponents do make contact, they have a hard hit rate of just under 19%. Also consider that the majority of those balls are hit on the ground and you're left with a really attractive package for a player who closes out games. The Yankees are in the thick of the pennant chase and they're going to do what gives them the best chance to win. Dellin Betances is that guy right now. For what it's worth, Chapman came on in a tied game in the 11th inning on Friday night and allowed the game-winning home-run to Yonder Alonso.

-Jeurys Familia was activated from the disabled list on Friday, but he's expected to be eased back into high leverage situations. AJ Ramos has been lights out as closer for the Mets over his last several appearances (after a rocky start) and there's no reason to expect any change in the hierarchy for the time being. With that said, Ramos did allow a run on a pair of hits and a walk on Friday, so it'll be interesting to see how he handles the added pressure.

-Trevor Rosenthal is officially going under the knife and will have Tommy John Surgery next week according to Jenifer Langosch. What a terrible situation for Rosenthal, who was pitching like he did several years ago as a lights out reliever. Now he'll miss the entire 2018 season, which is his final year of arbitration, and become an unrestricted free agent looking for an incentive laden deal heading into 2019. Seung Hwan Oh continues to struggle for the Cardinals, so Tyler Lyons could be the next man up for St. Louis. Lyons is our handcuff-of-the-week, so read on to learn some more.

Tyler Lyons has nice 30% strikeout rate and 29.6% hard hit rate allowed this season, but he's been particularly strong lately. Since the all-star break, Lyons has a .067 batting average against with a 38% strikeout rate and 2.06 FIP. The left-handed converted starting pitcher has made great improvement to his right-handed batter splits this year and on the season, righties are slashing just .200/.301/.276 against him. You may notice the on-base percentage is slightly higher than his slugging percentage. A big driver behind that number is Lyons' inflated walk rate, which is presently hovering around 9% on the season. Luckily, his high strikeout rate offsets some of the impact of the free passes, but it also seems like his strand rate driven by his sequencing may also be a little high at 81%. Like many former starters, Lyons has a three pitch repertoire consisting of a fastball, slider and change-up. It's the latter two pitches that are his most effective, however, with his slider being his top option that he throws half the time. He might be available on waiver wires, so take a look.