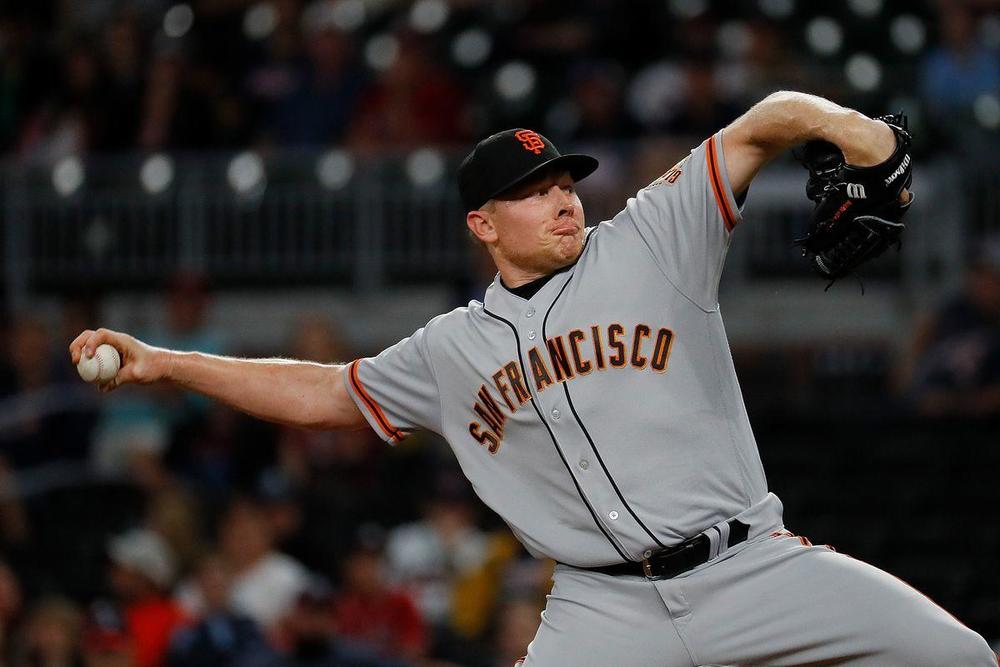 In what could end up being the busiest Sunday of the year on the FAAB market for bullpen arms, this week brought numerous changes to the closer landscape that could significantly alter the standings in fantasy leagues moving forward. To break it all down, we're going to start chronologically, beginning with the oldest news (since last week) first:

-Jeurys Familia was activated from the disabled list last Sunday, but he didn't grab the save chance on the same day. Familia, who looked shaky in his 8th inning appearance on Sunday, instead yielded the 9th inning to Robert Gsellman, who ended up not even qualifying for the save after the Mets increased their lead to four runs. Familia bounced back with a clean outing on Wednesday, but the Mets haven't had a save chance since last weekend, so we can't officially confirm Familia has the job back, but it certainly would make the make sense. We're putting him back atop the team hierarchy in our rankings this week. While his strikeout rate continues to dwindle (26.5% this year), he continues to be effective with a nice combination of a 50% groundball rate and 27% hard hit rate.

-Wade Davis had a rough week, giving up four earned runs on two hits and four walks on Sunday and following it up with another poor showing on Tuesday where he allowed two more runs (one earned) with a walk and strikeout. Davis continues to play with fire (aka his 14% walk rate compared with his 26% strikeout rate), but he has managed to limit his hard contact rate at just 32.5%, a nice mark considering his home ballpark is in Coors Field. His ERA at 4.55 is relatively close to his 4.61 xFIP, so he remains a risk the ratios, but Colorado plays in enough close games that he still remains in a strong position to add to his 3rd most 21 saves. He did bounce back with a clean save on Wednesday, so his job is safe for now, but with Adam Ottavino picking up right where he left off after getting activated from the disabled list, he's a smart speculative add.

-The Royals traded Kelvin Herrera to the Nationals on Monday, effectively killing not just his fantasy value, but also making the bullpen situation in Kansas City a complete disaster. Sean Doolittle obviously isn't going anywhere in the ninth inning for the Nats, so Herrera will fill the set-up role, but for the Royals it'll likely come down to either Brandon Maurer or Kevin McCarthy. Maurer has former closing experience, but he had been in Triple-A until last Friday. Kevin McCarthy has been pitching in high leverage situations, but lacks strikeout ability and succeeds by a heavy groundball rate (60%). Beyond those two, there's not much else appeal and given the lack of opportunities available for the Royals in the first place, it's highly unlikely either player returns much value this year. Don't dump a lot of money into this situation because it's possible another reliever emerges out of the heap. Tim Hill and Burch Smith each have strikeout ability, but struggle with their control and aren't typically used at the back end of games. If I had to pick one, it'd be Brandon Maurer, but I'm not that confident in any one.

-Hunter Strickland did his best LeBron James impression and broke his hand in frustration after taking the loss in Monday's game. His hand required surgery and has an expected recovery timetable of 6-8 weeks. Since the back end of that estimate will leave just a few weeks left in the regular season, I'm safely dropping in Hunter Strickland in the only re-draft league where I own him. Sam Dyson was officially named the closer for the Giants and got the first save chance, but had an ugly showing in his third outing in a row on Tuesday. As a result, Mark Melancon got the save chance on Wednesday and converted it. The slip-up may be enough for the team to give the closing role back to the man with the $62 million reliever contract and we'd focus most of our resources on acquiring him on Sunday, even if Tony Watson has the best skills in the bullpen.

-What's more embarrassing? Breaking your hand by punching a door or injuring your back while taking off your pants? Trick question, injuring your back by sneezing still takes the cake (Sorry Sammy Sosa!)! We can stay on the north side of Chicago, however, by talking about the back injury suffered by Brandon Morrow on Wednesday. It sounds like minor back spasms, so it's unlikely he'll need much beyond the 10 days, but Joe Maddon has committed to using a committee in Morrow's absence and we believe him. Steve Cishek is my initial target, but if I missed out, Pedro Strop and Justin Wilson (lefty) could all potentially see work. Again, don't sell the farm for a short-term add, but Cishek is essentially the only one with long-term closing experience here and Joe has already used him in save chances on off-days for Morrow.

-Things remain tumultuous in Anaheim where Justin Anderson got the most recent save opportunity after three straight difficult outings by Blake Parker. There's been no official confirmation by manager Mike Scioscia, but if you're the type of person to read between the lines (I mean, who isn't when chasing saves?), Anderson could be an under-the-radar grab that won't be nearly as popular as Cishek/Strop, Melancon and Maurer this week.

-MLB officially concluded their investigation into former Blue Jays closer Roberto Osuna and determined him to be in violation of the Sexual Assault and Child Abuse Policy and is subject to a 75 game ban retroactive to May 8th. That means he will be officially eligible to return by August 4th. Osuna obviously won't be doing any pitching for any team in the Blue Jays organization, but he'll still likely be working out in the meantime. How rusty will he be and is he worth hanging on to? It's a difficult position to be in because I do believe he has a good chance at regaining the role when he returns. At the end of the day, however, I wouldn't bank on more than 10 saves or so for the rest of the year, so you'll need to weigh how important that roster spot is to your team's chances.