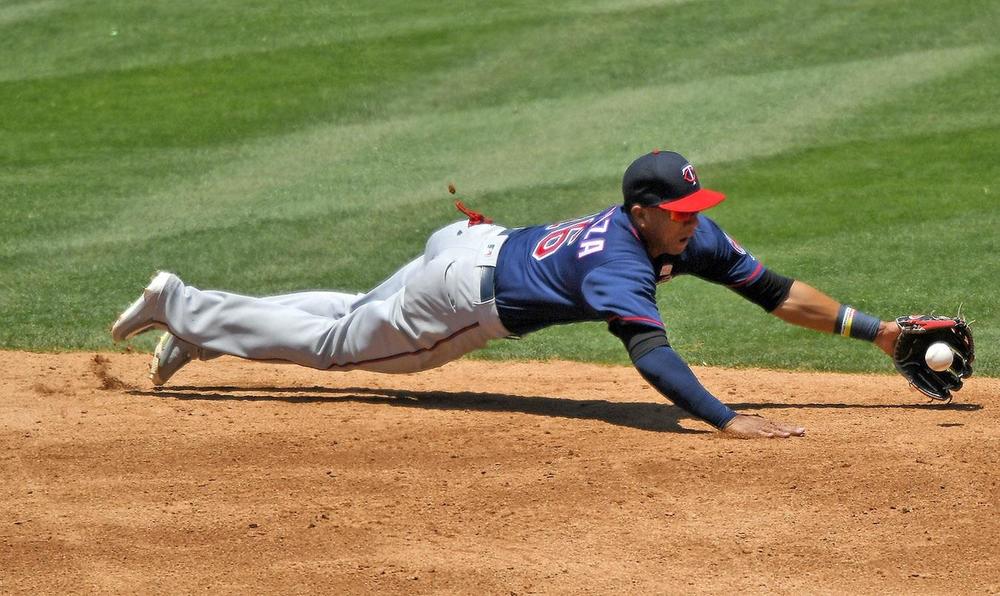 Ehire Adrianza (SS-MIN) Adrianza exploded Tuesday night going 3-4 with a Grand Slam and a stolen base. The slam, his 3rd home run of the season was the decisive blow that ended up driving in the go ahead and winning runs for the Twins. While not an every day starter for the Twins, Adrianza has been hot over the past 2 weeks when he's gotten a chance to play hitting .371 (13-35) with 3 home runs and 9 RBIs. His 2018 line of .256/.320/.429 is nothing to write home about and in line with his career number in both the majors and the minors but could be a good streaming option vs lefties as he entered the day hitting .343 against them as opposed to .203 against righties.

Chad Green (RP-NYY) Green tossed 1 and 1/3 innings of scoreless ball with 2 strikeouts to pick up his 9th hold of the season. Green pounded the strike zone, throwing 16 of his 21 pitches for strikes and in the process, continues his strong season working in high leverage situations out of the Yankees bullpen. He has increased his fastball percentage from 69.4% last year to 85.5% this year, and is also throwing it with a career high 96mph average velocity. Green had a strong season last year for the Yankees as well (1.75 FIP, 13.43 K/9) and his ability to keep balls in the ballpark (25% HR/FB in 2016 vs 6.7% last year and 8.6% in 2018) have led to him once again posting a sparkling 1.95 ERA and 11.61 K/9. Having the ability to pitch multiple innings, rack up the strikeouts and accumulate holds, Green is a good option for owners looking to lower their ERA while keeping a high strikeout rate.

Eduardo Rodriguez (SP-BOS) Rodriguez improve to 8-1 Tuesday throwing 5 and 2/3 innings allowing 2 runs on 8 hits while walking 2 and striking out 4. His 3.64 ERA and 1.24 WHIP are solid and looking further at the numbers there's no reason to believe he won't continue his success. Despite high pitch counts (he's only registered an out in the 7th inning twice this season) he has been a model of consistently allowing 3 earned runs or less in 12 of 14 starts and has compiled 81 strikeouts in 71 and 2/3 innings pitched and his 3.44 FIP backs up what the rest of his numbers show. Going deeper in ballgames would be an added bonus for owners and Red Sox, but there isn't much else to complain about here. He will toe the rubber Sunday in his second start of the week looking for win number 9.

David Hess (SP-BAL) Hess struggled vs the Red Sox Tuesday coughing up 5 earned runs in 3 and 1/3 innings including 2 home runs. He walked 4 and struck out 2. Hess had a string of 3 solid starts (18 2/3 innings, 2 earned runs) snapped and struggled all night. He has been a predominantly flyball out pitcher but recorded 0 outs on ground balls and the second and third inning longballs coupled with 4 walks were enough to elevate his pitch count to 73 in under 4 innings, leading to his short day. Hess still owns a 4.13 ERA and 1.35 WHIP despite the rough outing but doesn't really offer a ton of upside with his 6.82 K/9, 3.47 BB/9, 1.91 HR/9 and 5.49 FIP seems to indicate he has a long way to go. The former 5th round pick did rise through the Orioles system fairly fast and will mostly likely continue to see regular starts going forward.

Matt Davidson (3B-CWS) Davidson went 2-3 with 2 doubles, 2 RBIs and a walk Tuesday. The 2 extra base hits were big for Davidson who has struggled since returning from a DL stint entering Tuesday (2-24, 1 double) so it's nice to see him get back on track. Davidson has been a streaky hitter all season with home runs and extra base hits normally coming in bunches, so it you can afford a substantial hit to your batting average (.228 on the season with a 34.5% K rate) Davidson could be a sneaky play - although he will want to be avoided vs lefties as he is hitting just .171 with them. Owners will notice despite the poor average he is sporting a respectable .837 OPS which has been buoyed by a dramatic increase in walks - 4.3% last year to 15.5% this year.