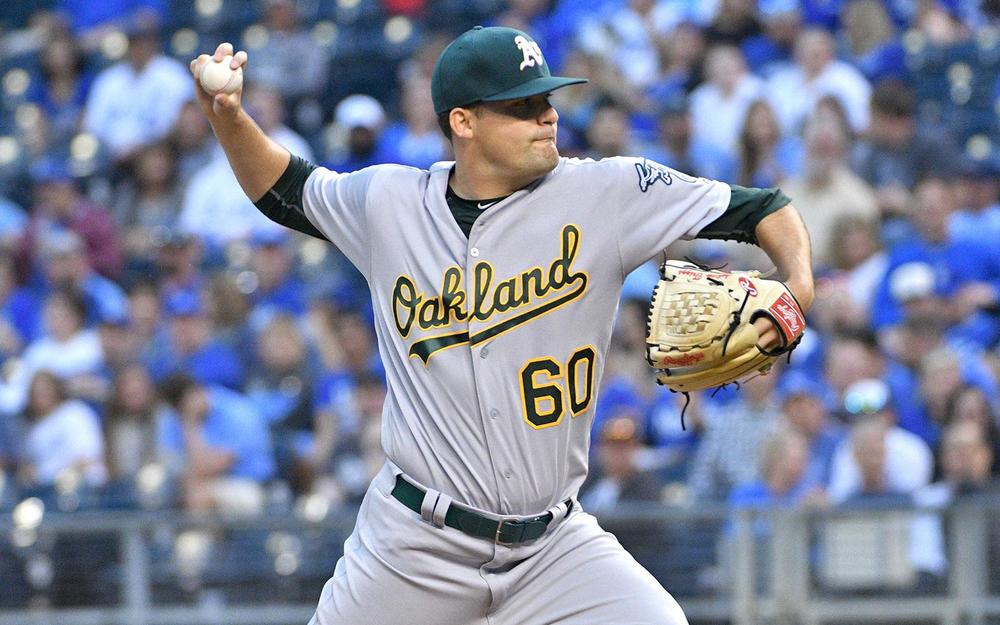 Candelario broke out of a 3-26 slump, going 2-3 with a HR and 2 BB's on Wednesday, giving him 11 HR's for the season. This June has been a struggle for Candelario as he entered Wednesday's game just 10-60 (.167) with a 32.9% K% this month. Overall, his K% is up to 24.8% for the season, however his SwStr% is a very solid 8.7%, which indicates that his K% should improve as the season wears on. That also means we could see improvement to his .252 BA, and combined with 25-HR power, that makes Candelario one of the few viable fantasy options coming out of Detroit these days.

Lopez allowed 5 runs (4 earned) in 4.1 IP against the Tribe on Wednesday, striking out 6 and walking 4 in the contest. While his ERA still sits at a very solid 3.59 for the season, he has also probably been one of the luckiest pitchers in baseball this season, as none of his peripherals are very good at all. His 6.47 K/9 and 3.90 BB/9 are both pretty bad, while his 47.6% FB% makes him susceptible to the long ball. Yet he has benefited from a .257 BABIP and 7.1% HR/FB% that have allowed his ERA to remain respectable. With a 5.51 xFIP for the season, it seems inevitable that Lopez will regress. He is not a wise fantasy option right now.

Montas improved to 4-1 after allowing 1 ER in 6.2 IP against the Padres on Wednesday, striking out 6 and walking 3. Through 5 starts with Oakland this season, Montas has compiled a 2.41 ERA, a vast improvement over the 7.03 ERA he posted in 32 relief innings last season. Ironically, his strikeout rate has fallen off a cliff this season dropping from 10.13 K/9 in 2017 to 5.61 K/9 this year, while his SwStr% has dropped from 11.8% to 6.5%. With an xFIP of 4.32, we should not expect Montas' early success to continue. There are almost certainly better pitchers available on the wire.

Sanchez hit his 14th HR of the season on Wednesday, although he is still hitting just .197 for the season and is in the midst of a 9-75 slump. While he does strike out more than average, and his FB tendencies could result in a low BABIP, you would have to imagine that his BABIP will rise from its current .203 mark and his average won't stay this low forever. And even if he finishes the season hitting .225, if he hits 30 HR's, he'll be far better off than most catchers in the league. He should still be considered one of the top, if not the top, catcher moving forward.

Solarte went 1-3 with an RBI on Wednesday and has been picking thinks up at the plate recently, going 14-41 (.341) with 3 HR's, 4 doubles, and 8 RBI over his last 10 games. This comes on the heels of a 30-game stretch in which he slashed .207/.242/.331 across 128 PA's. Solarte's excellent contact rate (14.2% K%) gave reason to believe that he would come out of the slump before long, and make him a good bet to hit for a solid average going forward. It's not as likely, however, that he'll keep up his pace for 33 HR's which would nearly double his career-high, as his FB% and Hard% are right in line with his career norms. Still, he has a pretty safe floor for a middle infielder.