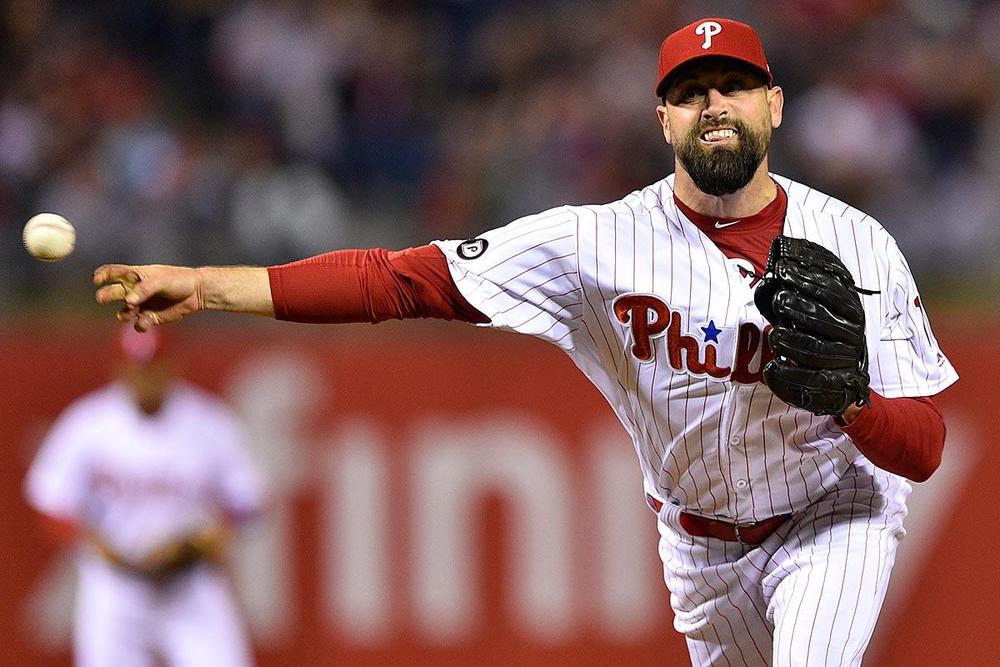 The fantasy baseball playoffs inch closer and we're still experiencing turmoil in the ninth inning! Here's a look into the week that was:

-Kenley Jansen was activated from the disabled list on Monday and has allowed a total of 3 home runs in a pair of appearances with a total of 2 earned runs in each game, each time taking a loss to St. Louis. Jansen has now allowed 9 home runs on the season, the same number as his entire 2016 and 2017 seasons combined. He *should* pitch better the rest of the way, but he no longer owns the top spot in our closer rankings.

-The Phillies continue to be infuriating for fantasy owners as Pat Neshek continues to see semi-regular work at the team's closer over the recent weeks. It's significant since Seranthony Dominguez has a 7.11 ERA and 1.42 WHIP with 3 home runs allowed in the month of August. Meanwhile, since joining the Phillies bullpen at the beginning of July, Neshek has allowed just 2 earned runs and 2 walks over 17 innings and 69 batters faced. This situation should be treated as a committee going forward, but we'll leave Dominguez as the committee lead for now.

-Former Brewers closer Corey Knebel was optioned to Triple-A. This move seems more like a "sending a message" more than anything else since he'll likely be back up on September 1 when rosters expand. Knebel has pitched pretty awful for most of the reason. Josh Hader and Jeremy Jeffress continue to share the workload.

-Aroldis Chapman landed on the disabled list with a recurrence of the same knee inflammation that plagued him earlier in the season. The Yankees certainly don't lack options to use in the ninth inning, however, having three former closers including Zach Britton, Dellin Betances and David Robertson. Betances has pitched the best of the bunch lately and with Robertson battling injury issues for much of the year, Betances is my favorite if I had to choose one to target.

-AJ Minter is close to returning to the Braves after missing about a week of action with a back injury. He will likely be back this weekend and will immediately reclaim the ninth inning role form Venters/Brach/Winkler. Arodys Vizcaino continues to work his way back, but even when he does return, it's likely the team will ease him back into high leverage situations since he likely won't have the luxury of going on a rehab assignment since the Minor League seasons will be over.

-The White Sox traded Luis Avilan to the Phillies, so once again we lack clarity into the ChiSox 9th inning. I'll simply say what I've said for the last two months - Jace Fry continues to have the best skillset of anyone in this bullpen and he remains my primary target.

-The situation in Houston is getting messy with his own manager telling MLB Network Radio that Hector Rondon would be given a break from the role, while Roberto Osuna would see the majority of saves. However, the same night, Rondon got the save chance. The following night, Osuna saw the save chance. Given the way both have been pitching, Osuna is my primary target, but it's certainly not a 100% thing.

-The Nationals activated Kelvin Herrera from the disabled list. Assuming he isn't dealt like the rest of the team, Herrera should be the favorite to see their save chances for the Nationals the rest of the season. The Nationals haven't presented an opportunity for him yet, but given Koda Glover's inconsistency, it's logical he wouldn't be the team's primary closer.

-The Marlins finally had a save chance after removing Kyle Barraclough from the role, but Drew Steckenrider proceeded to blow the opportunity himself by giving up a lead off homerun. Managers tend to give a guy a pass with a single mistake like a home run, but Adam Conley should also be look at as a potential option as he has reinvented himself since becoming a full-time bullpen member. Regardless of who has the job, it's unlikely they will hold any substantial level of value since it took the team about two weeks to give him his first save opportunity.