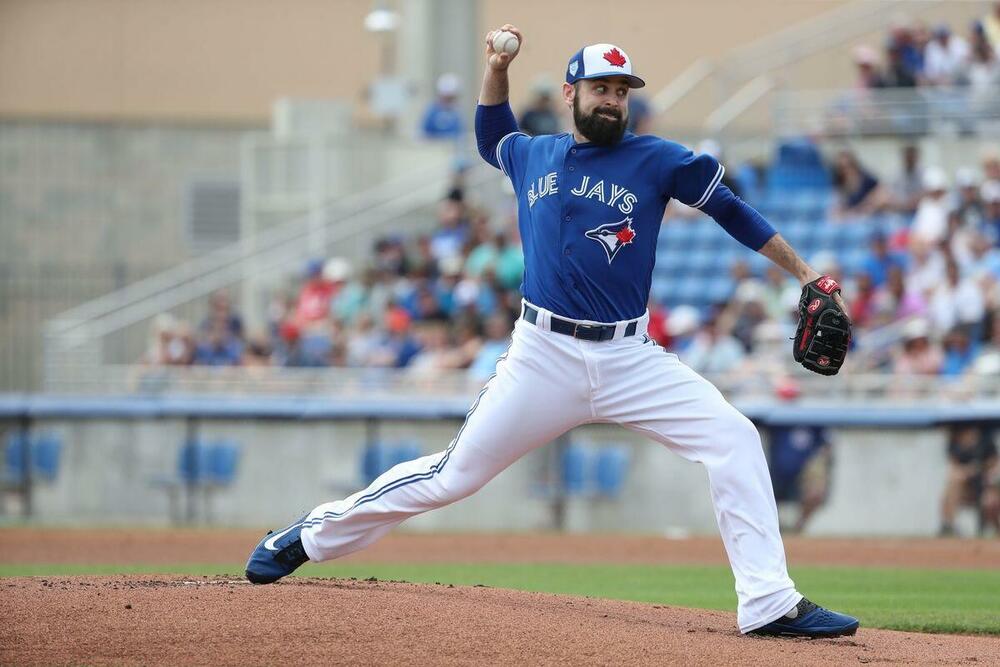 Shoemaker was brilliant blanking the Tigers over 7 innings on just 2 hits while striking out 7. What a rebound for Shoemaker who only appeared in 21 games over the past 2 seasons due to injuries and a start for Toronto Pitching in general as they have shutout Detroit in both games excluding the 10th inning of the opener. He was truly on Friday firing 18 first pitch strikes while walking just 2. Shoemaker pitched respectably over his 31 innings in 2018 pitching to a 3.35 FIP and striking out batters at a clip of 9.6 K/9. His spring was a bit uneven as he coughed up 10 runs in 18 innings thanks in part to 5 home runs; but he did rack up 20 Ks. Health is certainly a concern here, but he may be able to eat innings early pitching at the top of the Toronto rotation.

Brantley picked up 2 more hits Thursday, including a 2-run double. The Brantley signing may have flown under the radar compared to other big Free Agent Signings, but he could be in line for a monster year as he figures to hit cleanup all season, right behind 3 players who combined to score nearly 300 runs a year ago. Brantley won't lead the Astros in home runs, but he is one of the best pure hitters in the game - posting a league leading 4% Swinging Strike rate and showing extremely good plate discipline with a career 10.7% K rate and 91.2% contact rate. Brantley should be a lock for his first career 100 RBI season on what could be one of the more potent top-4 batting orders the league has seen in a while.

Castellanos went 2 for 4 with a double and triple - the only 2 hits the Tigers were able to pick up Friday night. The subject trade rumors all through the off-season Castellanos ultimately stayed in Detroit and is looking to improve upon his career best slash line of .298/.354/.500. He did post a slightly lower ISO last year than 2017 (.218 to .202) but was still able to turn in a career high .500 SLG% as he traded a few home runs (26 in 2017, 23 last year) for more gap power (36 doubles in 17 and 46 in 2018). His triple is of note since despite having 9 career stolen bases he has a knack for getting to third - he has 29 career triples including a league leading 10 in 2017. He should be a key cog in the Tigers lineup, or wherever he may be traded come July.

Boyd allowed 3 ER (4 total) on 5 hits over 5 innings. He struck out 10. Boyd gave up a leadoff triple to open the game but then settled down retiring every other batter in the first 3 innings, including 7 via strikeout. Boyd has generally struggled at the big-league level but found some success in 2018 - his first full season as a starting pitcher. He pitched to a career low 4.39 ERA while striking out 159 across 170 IP. One key for Boyd was his noted increased use of his slider - he threw it 31% of the time compared to 10% in previous seasons. In 2018 Boyd made this one of the more effective pitches in his arsenal, baffling hitters to a .172 average and 85 punchouts. The high strikeout total is encouraging to see early on, but he will need to continue it to have success - he lines up to start next in Yankee Stadium.

Harvey threw 6 innings allowing 2 runs on 4 hits with 3 walks and 1 strikeout. He pitched well until the 6th inning when he was undone by a Khris Davis home run. He was still able to pitch around his 3 walks and a few other hits and was only able to generate the 1 strikeout despite throwing 17 first pitch strikes and generating 15 called strikes. At this point Harvey hasn't had any real success since way back in the 2015 season although his "best" effort since then did come last during in Cincinnati where he pitched to a 4.50 ERA. While he still averaged 94 mph on his fastball - he hasn't been fooling hitters and has seen a drastic rise every year since 2015 in Hard Hit % (26.7% in 2015 all the way up to 38.9% last year). Harvey should have some appeal in deep leagues - but expectations should be tempered.