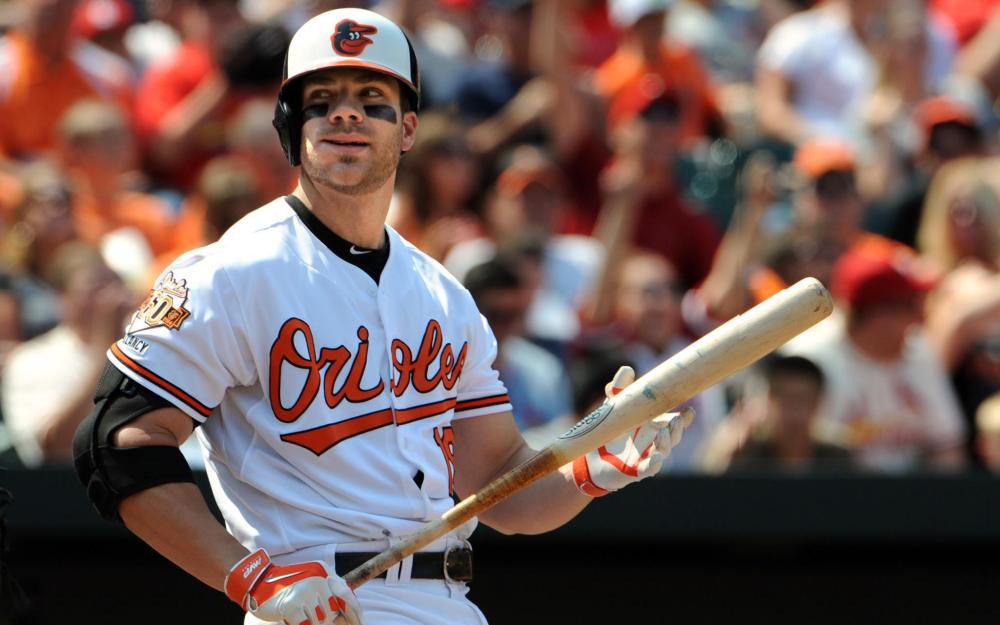 Greg Bird- 1B- NYY- Idea- Bird has had reverse splits for the last 3 seasons and in the small sample of 2019 that trend has continued. So far he is posting a slash line of .286/.375/.714 against LH pitchers after a wee sample of 8 PAs. That by itself is too little to go on but his career average against southpaws is 41 points higher than against RH pitchers. His OBP and SLG are likewise higher over his career against LH pitchers. Last year, Carlos Rodon has some reverse splits of his own, wit a slash line of .245/.360/.500 against LH hitters. The matchup is in Bird's favor. Value Play- Draft Kings salary $3700

Chris Davis- 1B- BAL- Hot- Yes, that is Davis marked as being "Hot." Yesterday he broke his record setting hit drought with not one, not two, but 3 hits against the Red Sox. Two of them were even doubles and he knocked in 4 runs for good measure. Is it time to jump on a bandwagon? Of course not. However, if you are looking for other signs of life from Davis, it is interesting to note that he has struck out only once in his last 10 ABs. That is a lack of whiffs that has been very rare from Davis for the past few seasons. In 2017 his K% was 37.2% and last year it was 36.8%. It had climbed to 42.1% this year before yesterday's effort brought it down to 37.2%. If Davis can continue to rein in the Ks, he could be a value. One game, and even his last 10 ABs, don't prove he's there yet.

Mookie Betts- OF- BOS- Stats- Betts went 1-for-3 with a walk yesterday. It was his first hit in 3 games and has his average at .232. That is not an MVP level. With a BABIP of .238 as compared to his .368 in 2018, a lot of the average drop can be attributed to bad luck. Betts' power is about the same with 3 homers in 53 ABs after slugging 32 in 520 ABs last year. Steals are down significantly. After achieving a 30/30 season last year, Betts has swiped just 1 base so far in 2019. He still has a .333 OBP so that's not the source of the speed drought. Much of this may be a result of Betts moving down to the second slot in the batting order. Andrew Benintendi has taken over the leadoff spot for the most part. Betts only had 3 SBs in 2018 through May 9, so the bulk of his steals came later, but he was in the leadoff position. It will be much harder for him to increase his pace if he stays in the 2nd slot.

Ivan Nova- P- CHW- Hot- Nova was on the losing end of yesterday's contest because C.C. Sabathia was almost unhittable. So far, Nova has an 0-2 record, but has pitched well. This despite a 5.28 ERA after 3 starts. That number was driven by his last start in which he was charge with 7 runs in 2.1 IP. Nova's BABIP for that game was .538 and his FIP was 2.70, indicating that his underlying performance was far from terrible. For the season, Nova has a FIP of 2.28. His 5 Ks in 6 IP yesterday raised his K/9 to 6.46. Nova has yet to allow a homer. If he continues to reduce the long balls, that will improve his overall production, as he has posted HR/9 of 1.40 in 2017 and 1.45 last year that negatively impacted him.

Carlos Gonzalez- OF- CLE- Rise Value- CarGo was batting .348 at AAA Columbus after singing a minor league contract last month. It was a good enough start for the Indians to buy the contract and add him to their major league roster today. Last year with Colorado Cargo slashed .284/.344/.485 against RH pitching. In 2017 it was .283/.373/.463. He has shown effectiveness in the right spots. For DFS lineups and those fantasy owners who pay attention to their daily lineups Gonzalez could add a boost.